I'm in a funk, the kind where I haven't discovered any new indie music in what feels like an age and I've had to resort to tired old playlists on my iPod. In fact, I'm the very definition of uninspired when I encounter Three For Silver; they seem decidedly odd and I'm thinking to myself that I can definitely take something a little different in my life. 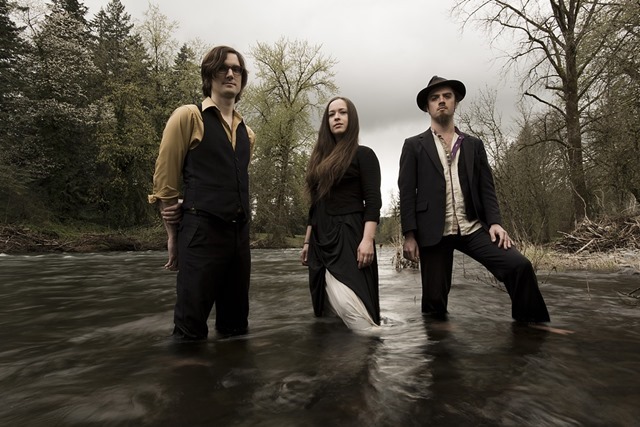 Three For Silver are a three-piece band hailing from Portland, Oregon. Lucas Warford (vocals, basses) and Willo Sertain (vocals, accordion) were touring Europe with The Underscore Orkestra when they began to write songs together in the back of tour buses and in the small hours of the night. Rumour has it that sometime later, Greg Allison (mandolin, strings) showed up and convinced them that he'd always been in the band, something which Lucas and Willo never thought to question. It's just as well he did for Allison is the alchemist who takes Lucas and Willo's ideas and arranges them into songs.

Incidentally, none of the stories about the naming of the band seem very reliable, constantly changing depending on who you are speaking to and it’s all a secret as closely guarded as Fight Club.

The Way We Burn 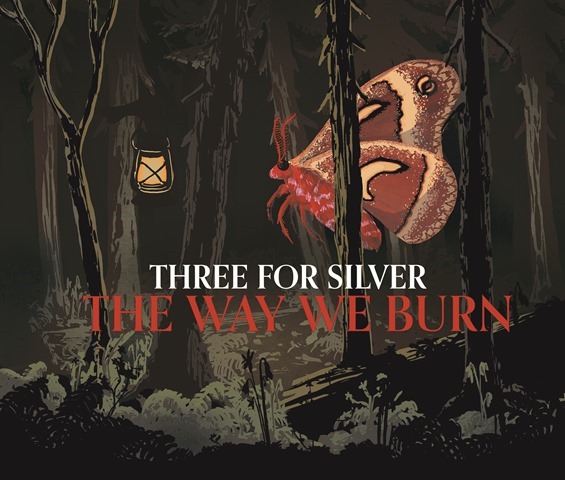 The Way We Burn is the third album from Three For Silver, recorded with Adam Lansky in his Portland studios. It's an album of devilish jigs and Vaudevillian capers tempered with lilting tangos and traditional folk ballads. It is a collection of narrative tales, with echoes of crime-ridden dark alleyways, whispers of the frontier and a consuming preoccupation with death and the afterlife. The Way We Burn stands up and demands attention; it is eclectic and energetic yet surprisingly cohesive as an album.

My favourite track by far is "Down in the Cut" with a moreish bass hook that lends itself to being played over and over again on repeat. It’s a dark and dirty song and easily one of my favourite discoveries of the year so far. Likewise, "Time Was" is a funky, anthemic track with a distinctively theatrical flair. "Let 'Em Down Easy" is another cracking track which will have you singing drunkenly into your tankard of rum, which I’m assuming you couldn’t help but pour for yourself during the album’s opening track “This Time Tomorrow”.

The Way We Burn surprises at every turn as Warford's gravelly vocals mingle with the sounds of Sertain's lilting melodies. It is a fun and irreverent album with barnstorming highs and Celtic interludes.

For sheer entertainment value, I give The Way We Burn an excellent four out of five stars and would recommend to fans of Gogol Bordello, Nick Cave & the Bad Seeds, Qiet and This Way To The Egress..

Filmed & Edited by Veronica Rose, this short film gives you a peek into the unconventional process behind Three For Silver's new album "The Way We Burn".
Recorded from a dank basement to a cloud-capped stone observatory, from a silent river home to an empty piano warehouse, The Way We Burn marks a new generation in album production, and a band of people that is more than just one sound or one style. .