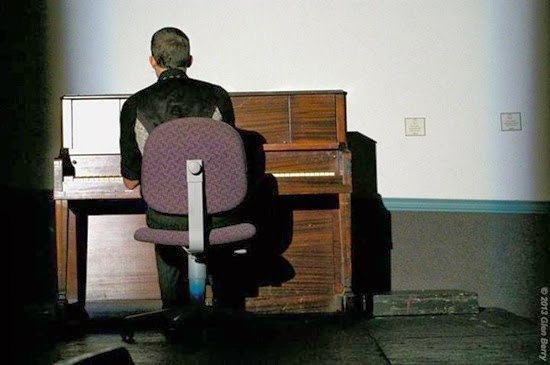 Have you ever listened to an album and realised that you simply have no way of describing it? That was my first impression when I listened to Qiet’s Pet Driftwood (Composition #8). The first single "The Indie Song" sounded like the lovechild of ELO and Slade (which might be an obscure British reference to those on the other side of the pond but I’m sticking with it). I have no idea what I was expecting from the cover art and the band name, but this wasn’t it.

I backpedalled furiously and took a look at the original email I was sent about the band. It told me that Qiet was recommended for fans of David Bowie, Edward Sharpe & the Magnetic Zeros, and Gogol Bordello and that they perform a mix of vaudeville pop, gypsy-jazz, soul and funk. Which brings me back to my original dilemma because all that tells me is that they cover half the music genres known to humankind.

Qiet is the brainchild of Christopher Vincent, a rather lovely, possibly winged guitarist and vocalist. He is joined by Lacey Hazel on vocal stylings and theatrics, Alasha Al-Qudwah on violin & viola, Max Venoy on trumpet, James Maddox on bass and Raphael Godfrey on drums, percussion and saxophone. The band are based in West Virginia and believe that their location is central to their sound in both its influence and the desire to escape it. 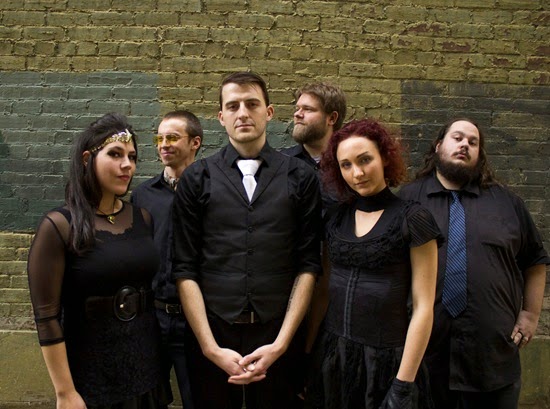 Pet Driftwood (Composition #8) is Qiet’s debut album and is a Kickstarter-funded independent release recorded with Eddie Ashworth, producer for Sublime and Pennywise. The album is a sort of a carnivalesque, vaudeville revival with funk / soul breaks and klezmer interludes. Dispatching with the failed attempts at categorisation, Pet Driftwood (Composition #8) is a lot of fun but what makes this album notable is the brilliant lyrics.

The standout track on the album is the manic “Cosby Sweater”, a song that begs to be played on repeat and has me involuntarily snapping my fingers along to the beat. I love the lyrics too, my best being “As I dance with the world, it reminds me of when I was a child, curious and beguiled.  Now, an alien, dissolute, kick step, collapse mystified”.

The track “The Indie Song” confounds me. It is insanely catchy but with the most cynically damning commentary on the current state of the Indie music industry. You’ll find yourself gleefully singing along to lyrics such as “It reminds me of a quarter-note bass drum and two chord songs with a lazy strum” and “No, we know it's not like you to capitalize on misguided youth”. 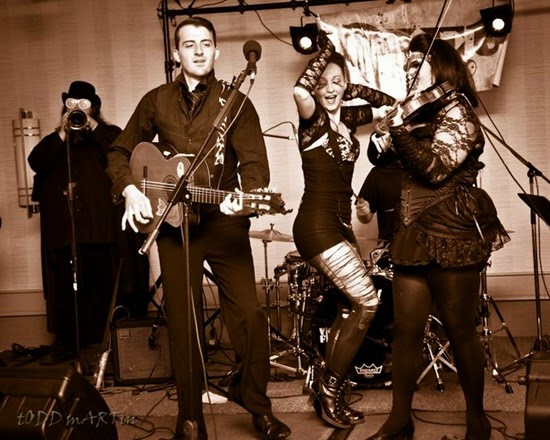 The most epic track on the album has to be “Little Window”. This cosmic, existential blues track channels Jim Morrison and The Doors at their best and the lyrics are pure poetry. I especially liked “Out my little window, lies the unnamed they call the cosmos. Once, I thought I knew, but now I know I know only empty ethos. And life, such a bitter pain, and light only expands. The shade feels so cool and safe, and you're innate. Feeling like the Sun's burst into the wind. The only way to end this is to begin.” This track must be simply sublime live.

Other notable tracks include the nightmare fairy tale “Pretty, Perfect”, instrumental “Rumba” and the speakeasy ballad “Money” and stomping “Splendid Divine”. At just on one hour, the album is a good length and features 16 tracks.

I give Pet Driftwood (Composition #8)  five out five stars and recommend it to everyone. I can guarantee it’s not like anything you’ve ever heard before but it is certainly worth a listen. You can listen to the full album on Soundcloud or you can purchase at Amazon.com, Amazon.co.uk or iTunes.