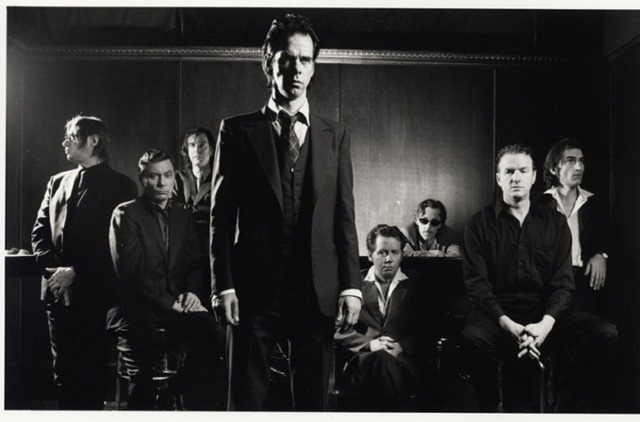 It was never going to be an easy album to listen to. At various points in my life, Nick Cave has taken my heart and torn it to pieces, leaving it in the dust and blood and imagery of the words he created. Cave is a poet and visionary, the man who made us relate to the impossible figures of Euchrid Eucrow and Stagger Lee. His work ranges from the almost commercial Murder Ballads to the practically inaccessible Grinderman.

And then there is Skeleton Tree. I wish I could listen to this album without knowing, without the expectation that it was going to be hard work. But I do know and I did expect this. Nick Cave is not the first musician to lose a child but when someone as talented as Nick Cave in writing discursive, heart-wrenching lyrics, someone able to create entire fortresses of emotion in a handful of lines, when that someone experiences the most impossible tragedy then you know it will result in ruin.

Of course, Skeleton Tree wasn’t initially about grief, in fact much of it was written before the events of July last year but in his own words:

“What happens when an event occurs that is so catastrophic that you just change? You change from the known person to the unknown person, so that when you look at yourself in the mirror, do you recognise the person that you were?” – Nick Cave, One More Time With Feeling

The thing is, when you strip out the publicity and the knowing, when you put on the album and sit back to listen, it is utterly compelling and infinitely dark. On a busy day, with mounting deadlines, I buy the album and promise myself just a quick listen to the first couple of tracks. Suddenly it’s three hours later and I’m on my fourth listen and I’m spiralling down a rabbit hole of grief and inspiration.

I sometimes wonder how people come back from something like this, how they pick up the pieces and move on. But some people create something so flawed, so raw that it captures the spirit of devastation and renders a work of clarity and beauty.

Nick Cave has shared his grief and it is a priceless gift.

I think that is the answer. You can’t ignore what happened, what led up to these events. It is a part of Cave now as much as his music and poetry. But as you listen to the album it begins to transcend thoughts and ideas. When his voice cracks over the words, “nothing really matters when the one you love is gone”, the intimacy and privacy of the album causes the listener to cast an inward eye. With the perspective of introspection, Skeleton Tree becomes one of those albums, the ones we turn to again and again, the soundtracks for our tribulations and the salve for our pain.

Could it be the perfect album?