For one night only, Peter Murphy played the O2 Academy Brixton on 9 December 2018 with special guests Desert Mountain Tribe. He thrilled the crowd with an energetic set that covered 40 years of Bauhaus and played the whole of In The Flat Field in track order. It was a gig to remember and one that makes me wonder why Murphy hasn’t toured more in recent years. 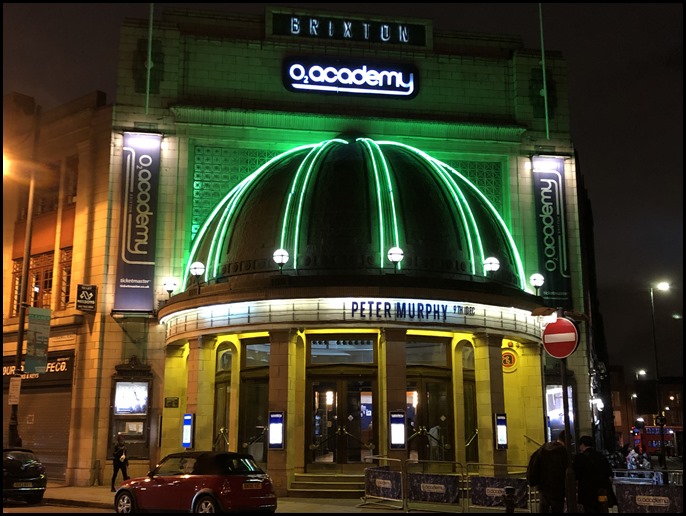 Supporting Peter Murphy was Desert Mountain Tribe who were a big surprise. It’s been a long time since I’ve heard a band for the first time at a gig and wanted to run straight off and buy their stuff. Desert Mountain Tribe did this for me and it was great to hear a band that is obviously influenced by the likes of Bauhaus and Jesus and Mary Chain but who are still releasing albums. Highlights of their gig include “Leave It Behind” where Peter Murphy joined them on stage for vocals and their final and most epic track, “The King”. 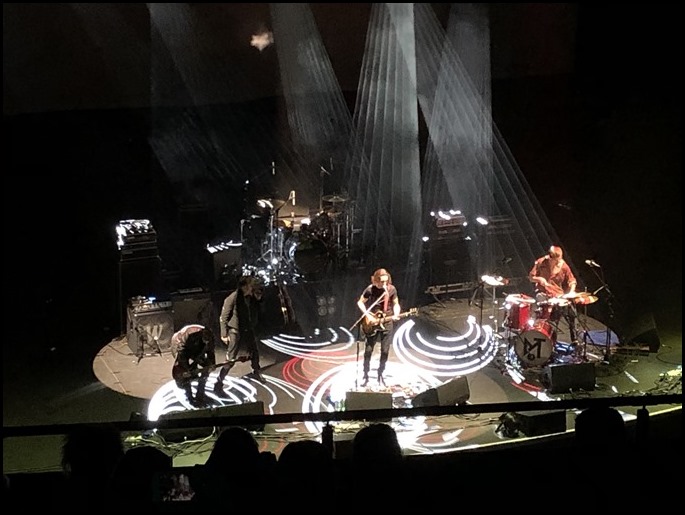 I really rated their lead singer’s voice. Jonty Balls has a kind of warbling wail which probably doesn’t sound all that flattering now that I’ve written it down but he reminded me a lot of Nymph’s Inger Lorre and I definitely want to hear more from this band.

No matter how much I enjoyed Desert Mountain Tribe, we were there for Peter Murphy and David J.

Within seconds of “Dark Entries” starting, I knew that I’d severely underestimated how good the night was going to be. Everything from the perfect drum beats to the reverberating guitars was album-perfect yet undeniably live and Peter Murphy’s incredible vocals had command of the entire venue. In The Flat Field has some of my favourite tracks on, so naturally I was in raptures during “Double Dare” and “In the Flat Field”. I have to stress again how superb the drums were. The drums were one of the first things I noticed (and loved) about Bauhaus and Marc Slutsky did a brilliant job of delivering those beats. 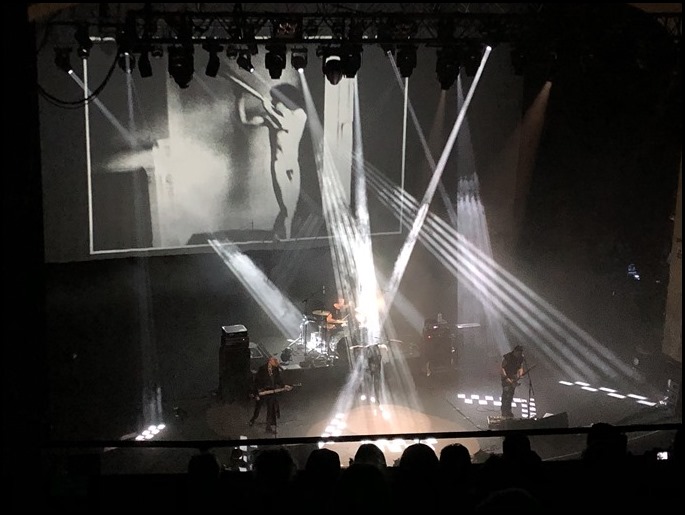 The next five tracks of In The Flat Field were up next as the band played the album in track order. I was beginning to wonder if this gig could get any better when Pete absolutely blew us away with “Stigmata Martyr”. What a freaking brilliant performance. It’s one thing to love a band the whole of your adult life (and half of your teenage years) but something else entirely to see a track played live like that with such conviction and mastery 40 years after it was recorded.

After taking a short break on completion of the In The Flat Field set, Murphy was back to perform some of the biggest Bauhaus tracks of all time. Track after track, I was blown away by his performance on songs I never thought I’d have the chance to see live. After bringing the roof down on “Silent Hedges”, which Murphy dedicated to Daniel Ash and Kevin Haskins, the band broke into “Bela Lugosi’s Dead”. I’m trying to think of something intelligent to say about this performance but I just can’t do it. I felt like I was there, on the very day when Bela left this earth, marking the passing of one of the true greats. It was a pretty cathartic experience.

And just when I was having an inner tug-of-war, trying to figure out which was the better performance, “Stigmata Martyr” or “Bela Lugosi’s Dead”, the game changed completely when the band played  “She’s in Parties”. This was the very first Bauhaus track I taped from the radio, the very first track that a curious 15-year-old discovered that started my love of all things Goth. This track was everything and seeing it live will have to go down as one of the best moments I’ve ever had at a concert.

And still the band played on and still the performance got better and better. Highlights include “The Passion of Lovers” and the band coming back for their first encore with a cover of the brilliant Dead Can Dance track “Severance”. I was thrilled that Murphy would pay homage to one of the other greats of the Gothic music scene.

Then there was the final encore and how utterly transcendent it was. Peter Murphy, David J, Marc Slutsky and Mark Gemini Thwaite absolutely killed it with “Telegram Sam” and “Ziggy Stardust”, two of their greatest and most successful covers.

This year has been an incredible year with gigs like Arcade Fire at Wembley Arena, Nick Cave at All Points East and Elbow at the O2 but I reckon this was the best gig of the year if not one of the best I’ve ever been to. Peter Murphy is incredible and I am grateful that this teenager who only discovered Bauhaus long after they’d broken up finally got to see them.