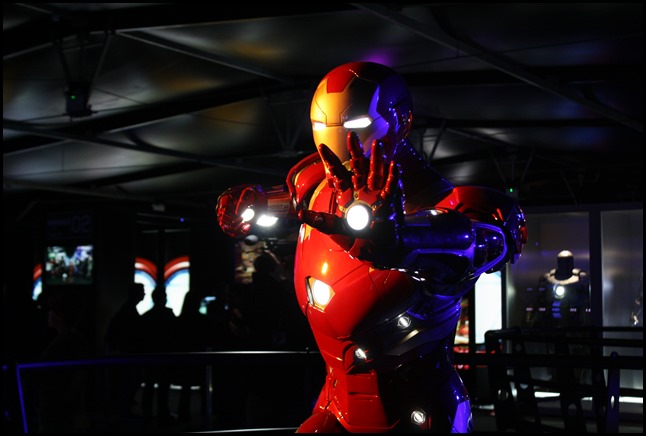 Last night was the sneak preview of Marvel's Avengers S.T.A.T.I.O.N. at Excel London and it was a lot of fun. It was a typically wet and rainy November evening in London and it was good to get inside for a session of games, simulations and training to become a fully-fledged member of S.T.A.T.I.O.N. -  the Science Training and Tactical Intelligence Operative Network.

Our journey began in the Iron Man Engineering Bay where you got a chance to see how Iron Man’s suits have evolved over the years. This was definitely the biggest room with the most to see and do, as would match an man of Tony Stark’s ego. The biggest draw, as evidenced by the queues, was the simulated fight game where keen gamers could test what it would be like to fight inside the suit. 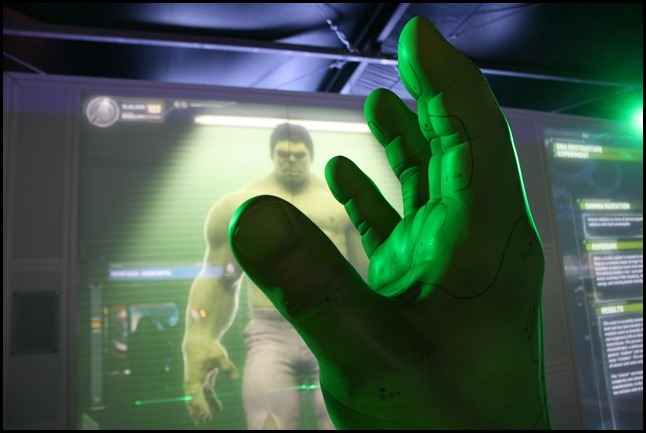 Up next was a visit to Bruce Banner’s lab featuring a model of Hulk’s giant hand and brain scans of the effects of transformation on Hulk’s brain. There was also the chance to try out several of Hulk’s actions which I had way too much fun doing. That definitely wasn’t me giggling away to myself when two other visitors walked in. 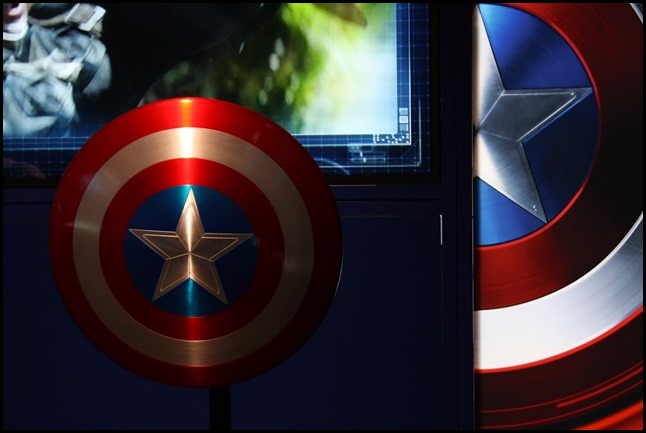 Next we were treated to the full set of intelligence relating to Captain America, complete with details about the science behind Steve Roger’s transformation into the Cap. 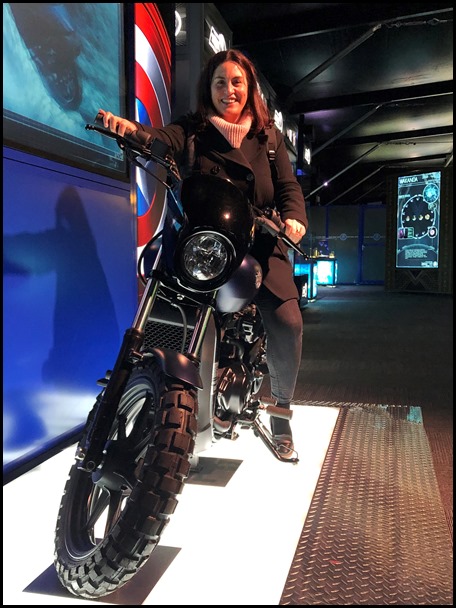 I got to sit on Captain America’s bespoke denim blue Harley Davidson which might have been my highlight of the evening. That bike is massive and is definitely bigger than the 50cc bikes I rode as a 16-year-old. I think I want one.

I tested my strength on one of the simulators and am pleased to announce that I wasn’t completely rubbish. I think I might have beaten Steve Rogers in an arm-wrestle before he joined the programme.

The files on each of the Avengers were really fascinating, even more so because as a fan you know this stuff and it was amusing to see the ‘official’ and objective take on the Avengers, their origins, power and abilities. Mostly it made me want to start watching all the films from the beginning again because I really need a reason to do so. 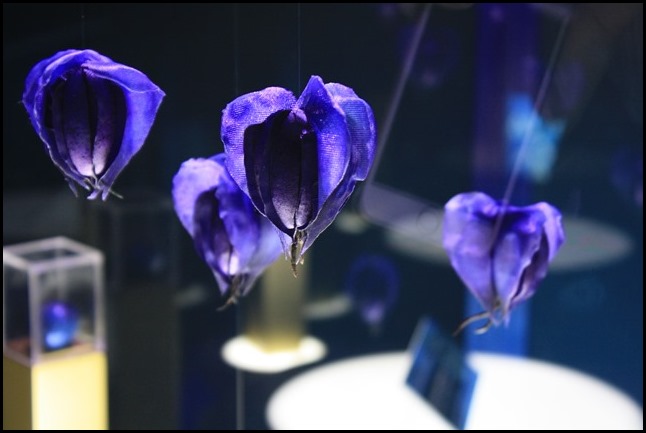 At the end of the hall was a section on intelligence gathered on Wakanda to date as well as real life samples of the heart-shaped herb (so pretty!) and the Black Panther’s helmet. 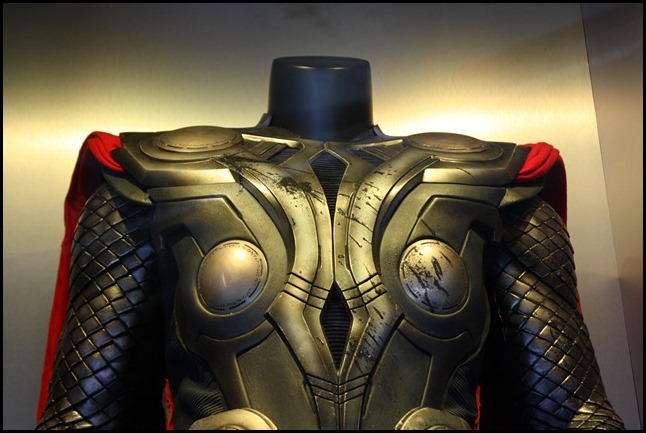 Emerging from our short visit to Wakanda was The Thor Observatory, dedicated to Thor Odinson, King of Asgard and son of Odin. I loved the sight of Thor’s armour as well as the life-sized image of Loki and was fascinated by the collision of science and fantasy in the discussion of the nine planets, wormholes and blackholes. 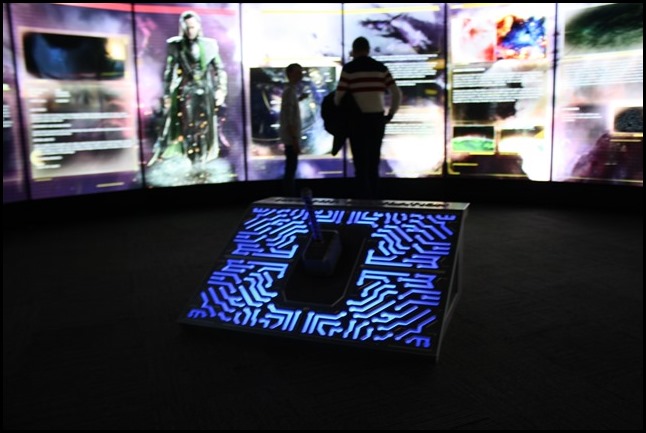 There was a Mjölnir simulator where I tested by worthiness and was horrified to learn that I could not lift Thor’s hammer. I like to tell myself that we’re just keeping up appearances and that I’m not really mortal. 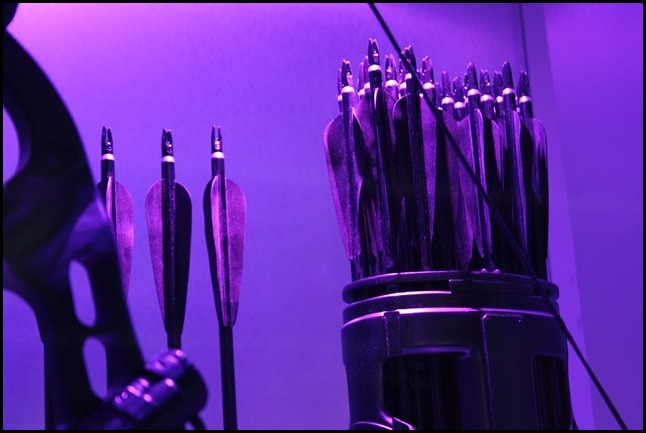 There was a section dedicated to Hawkeye, Black Widow, Ant Man, Wasp and Falcon up next. I would have spent more time admiring the section on Hawkeye if it weren’t for the gigantic spider-sized ants running across the floor. I happen to like ants and spiders but have a cockroach phobia and those ants were a little too graphic for me! 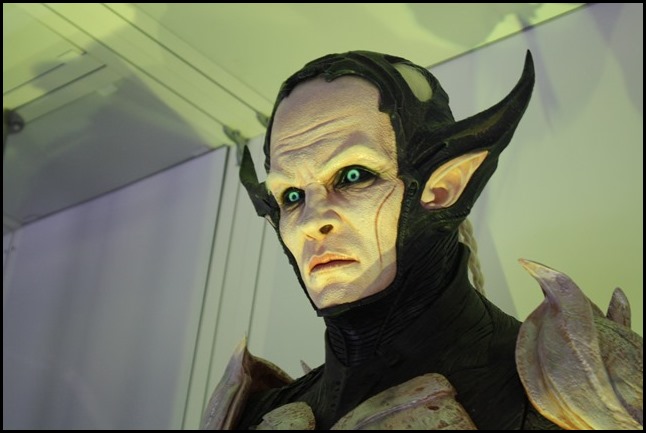 Towards the end there was a whole room dedicated to nemeses with Dark Elves, Chitauri and Ultron artefacts, weapons and paraphernalia. I always did love the design of the Dark Elves.

Finally there was the Tesseract, which I could not help activating time and time again. In my defence, there was a panel clearing instructing people to touch their palm to it in order to activate it. I actually had to apologise to a very polite man because I think he’d been waiting for some time while I played.

So, do you need to be an Avengers fan to enjoy Marvel's Avengers S.T.A.T.I.O.N.? It definitely helps and if you’re a fan of Marvel like me, then you’ll have a lot of fun. But it’s not essential; when I was waiting in line to enter, there were two people behind me, one of whom was not a fan and didn’t know much about Marvel. I met him on the way out and he had really enjoyed himself, so much so that I expect he’ll be spending his weekend catching up on Marvel Cinematic Universe.

Marvel's Avengers S.T.A.T.I.O.N. immersive attraction will run for a strictly limited time at ExCel London from 30 November 2018 to 31 March 2019.