There are some houses that should remain empty, whose histories are built on such pain and suffering that the only answer is to demolish them and cleanse the ground. When a priest, his wife and her daughter move into a house in a small village, their neighbours want them to leave. Have they stumbled upon the most haunted house in England? Directed by Christopher Smith (Triangle), The Banishing is a Shudder Original starring Jessica Brown Findlay (Downton Abbey) and Sean Harris (Mission: Impossible franchise). 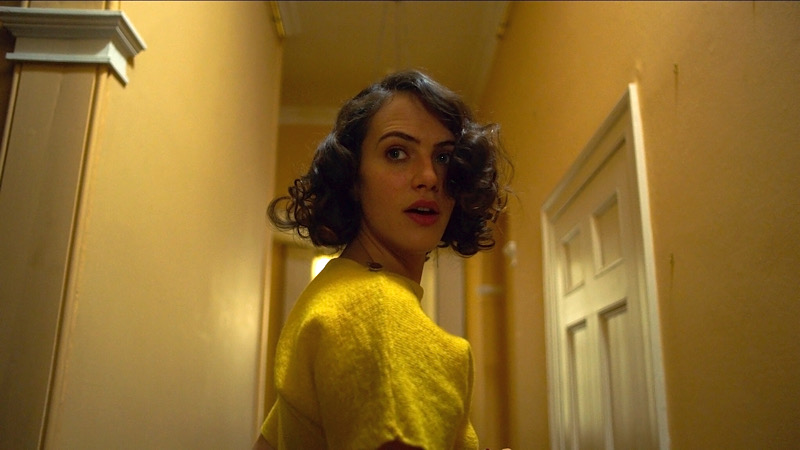 The Banishing is a strange, disconcerting film. The tone is set very early in the film when Sean Harris and a woman dance onscreen for a full two minutes; it is unsettling, uncomfortably intimate and drawn out, a feeling that will pervade the rest of the film. We don't know Sean's character yet but we know to look out for him.

The discomfort continues as we come to meet the priest Linus (John Heffernan) and his wife Marianne (Jessica Brown Findlay). Far from being an upstanding man and a role model, Linus is weirdly insecure and quite cruel. 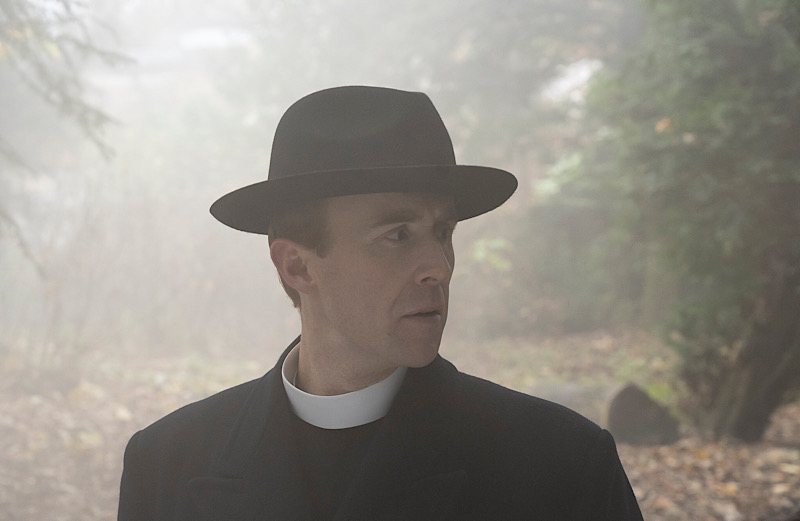 Then again, so is his Bishop Malachi (John Lynch), what is it with this church?

Linus assures his step-daughter Adelaide that she is completely safe in the house and every fibre of my body fills with the desire to shout at the screen. No, no she's not Linus. You're cruel and strange and I'm starting to hope something bad will happen to you!

Jessica Brown Findlay (Brave New World) is a shining beacon in a very strange film. Stuck in a loveless marriage and misinterpreting her child's increasing demonic influence for normal estrangement, she is tumbling headlong into a fight of epic proportions.

And so she meets Harry Price, the dancer from the opening scenes and a local occultist. Price is obviously the only person who can tell Marianne about the house they're living in, the nature of the threat and how to beat it. It's a fairly paint-by-numbers approach to horror that has been done many times before.

Indeed, other than Adelaide's increasingly obvious possession, there is nothing essentially scary in The Banishing. It is not a horror film as much as a disconnected sequence of scary visions.

If the true danger was merely visions, what was the point? A lot of scared people and some interesting cinematography?

I was struggling to understand why I should care and what the significance was to the viewer when the film ended and those thoughts dissipated to make way for one enduring impression: what did I just watch and what the hell was that ending? 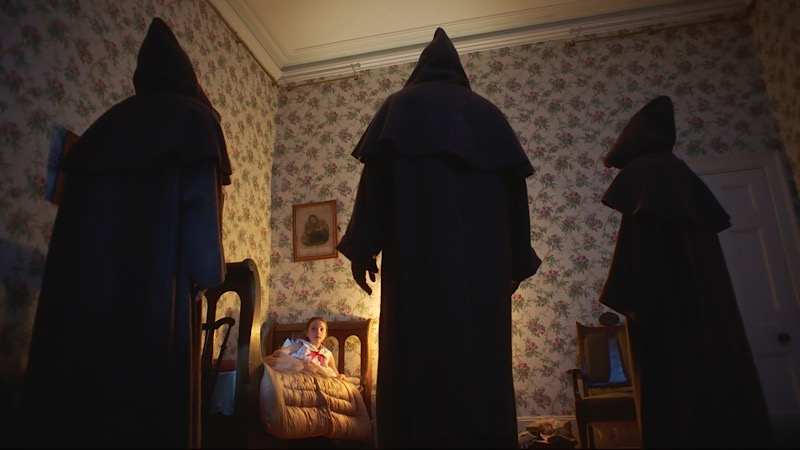 I usually hesitate to give poor reviews but I know there is an entire subclass of horror fans who love bad horror films, the worse the better. Fans of Christopher Smith and Triangle are also going to rush to see this film. With that in mind, I give The Banishing a grudging two out of five stars and recommend to fans of creepy British horror. If you had to choose, I'd recommend last week's Shudder exclusive The Power over this one.

A Shudder Original, The Banishing will be released on Thursday, 15 April 2021.