The critically acclaimed psychological thriller Triangle releases on DVD and Blu-ray on 01 March 2010 and I decided to take a look and see what the fuss was all about.  My expectations were that this was your typical slasher-thriller with the cast members being killed off one by one until you’re left with a sole survivor but surely that didn’t deserve the great reception the film had received?

Jess (Melissa George) decides to take a day off and go sailing with her friend Greg (Michael Dorman) and some of his friends.  From the start, she has an uneasy feeling and this does not endear her with Greg’s friends as they begin to feel creeped out by her.  Conditions at sea change and they go from being in gloriously sunny weather to suddenly finding themselves in the eye of a massive storm.  Greg and his friend Victor (Liam Hemsworth) fight to control the yacht in the storm but water begins to stream in, they lose control and the yacht capsizes.  Heather (Emma Lung) is lost in the ensuing chaos and the remaining friends climb to safety on top of the capsized yacht.

An ocean liner suddenly appears out of nowhere and the friends are convinced that they can see someone on board.  They manage to board the ship and it seems to be deserted but soon they find themselves being hunted down and murdered, one by one. 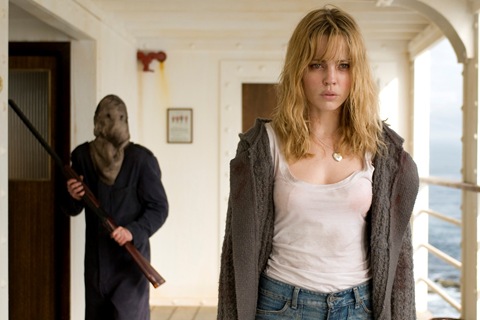 This is the point at which the film delivers its first major surprise.  You honestly think you know where the film is going and then realise you are stuck in a crazy time loop similar to that of Groundhog Day.  This is not your standard slash-and-kill film and instead, turns the entire horror genre on its head.

What follows is an incredibly clever, well thought out and complex storyline that will keep you on your toes as you try to guess and anticipate what will come next.  The film demands your attention and tests your powers of observation as you clamber to catch all of the clues and grasp the reveals throughout the story.

The film is darkly atmospheric with muted shades from the start.  It is frightening and scary but is never gratuitous and will thus appeal to fans of horror and suspense thrillers alike.  It is well paced and while it is never obvious, it never leaves you wanting to go back in the story to pick up something you missed. 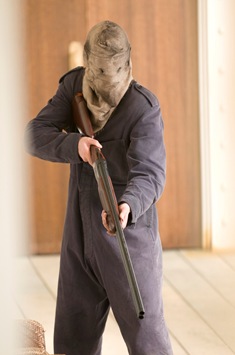 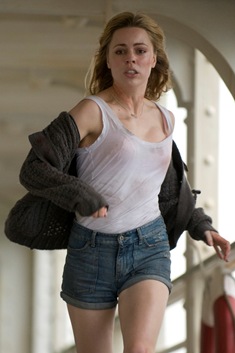 It is also not overdone.  Groundhog Day became an instant classic but was somewhat excruciating at times.  Using a similar technique, Triangle completes the loop just enough times for you to understand what is going on and then abruptly, you find yourself in the last quarter of the film where the scenery changes once again.

This really is a good film that deserves the reception and critical acclaim that it received on its theatrical release.  It is the sort of film that will have you talking and thinking about for a while afterwards as you work through how the puzzle was so masterfully constructed.  It was certainly a nice surprise and surprise and much more than I was expecting and we do so like surprises!

While the Bermuda Triangle is never actually mentioned, it is implied and the name of Greg’s yacht is Triangle.  The film is set off the Florida coast (where the Bermuda Triangle stretches to Puerto Rico and Bermuda) but I was quite surprised to see that the entire film was filmed in the Gold Coast area of Queensland, Australia. 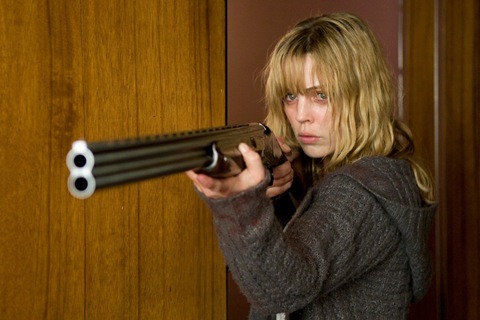 The film itself features an all-Australian cast except for Michael Dorman who was born in New Zealand.  Henry Nixon and Rachael Carpani of McLeod's Daughters fame join the cast as married couple Downey and Sally and they add a somewhat comedic element to the cast.  The film is directed by acclaimed British director Christopher Smith who directed Creep and Severance.

For such a fast-paced film, I was quite surprised at the relative depth of the characters and I thought that as a whole, the film was well acted.  Melissa George gets special mention because she portrays several versions of Jess’s character in the film and she pulled it off with remarkable skill and cohesion.

The Blu-ray and DVD release is jam-packed with special features and certainly add value to the whole package.  The box has a 3-D cover which will make the most sense to you once you have seen the film and the special features are as follows:

Would I buy the Blu-ray or DVD?  Yes, I absolutely would.  Having seen the film, this is the type of film you like to revisit time after time to see what you might have missed and to keep the synapses firing.  The extra features are quite good too and make it worth it.

This article was originally featured on BlogCritics.  I’d like to thank the friendly guys over at Noble PR for sending me a copy of the DVD to review.