May 2021 marks one hundred years since the Tulsa Massacre when the thriving African American community of Greenwood, Tulsa, Oklahoma was attacked by a mob of armed white Tulsans, killing as many as 300 people and displacing 8,000 more. I first read about the events in Lynn Hudson's excellent West of Jim Crow: The Fight Against California's Color Line and followed that up with the superb middle grade picture book Unspeakable: The Tulsa Race Massacre by author Carole Boston Weatherford and illustrator Floyd Cooper. Naturally I was very interested when I first heard about Randi Pink's Angel of Greenwood, a YA novel set during the terrible events of Tulsa in 1921. 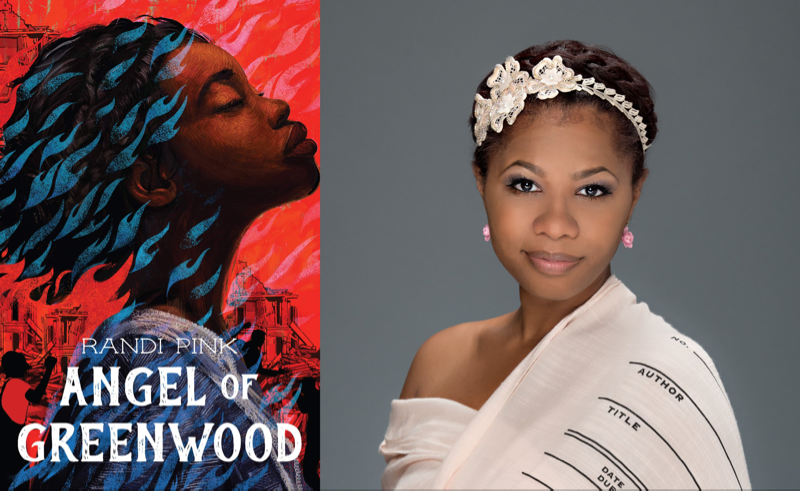 This book has received almost universal acclaim, so it feels daunting to be an outlier. I do think many people will love this novel and they should definitely read it but I'm going to explain why it didn't work for me.

Angel of Greenwood: Bringing to Life Greenwood in 1921

Greenwood in 1921 was a thriving community and the high street was known across the States as the "Black Wall Street". Randi Pink does an exceptional job of depicting the bright colours, bustling high street, vibrant fashions, diverse occupations, culture, and sense of community of Greenwood's residents.

Instead Angel of Greenwood is, for 80% of the book, a romance novel but it wasn't quite a romance I felt comfortable shipping.

There is an enduring theme of worthiness in the novel. People treat the main character Angel well because she is perceived to be churchgoing and virtuous. The boy in the story, Isaiah, initially bullies Angel. He begins to treat her better than he treats his own girlfriend Dorothy Mae once he sees Angel as intellectual and worthy in his mind. I did not like this at all. What about treating people with respect just because that's the right thing to do? More than that, worthiness is an enduring theme in many abusive relationships. I cannot trust a love interest who pits women (or girls) against each other and puts one on a pedestal while treating another like an object.

The problem was two-fold: while portraying prominent themes of the time, Isaiah expresses extremely outdated ideas about girls which ultimately go unchecked. We see this in his treatment of Dorothy Mae and how he patronises Angel. In addition, all of the characters are one-dimensional: Angel is good, Isaiah is misunderstood, the people on the other side of town are poor, and Isaiah's best friend is bad. Perhaps most offensive of all was that Dorothy Mae was probably the most mature, kind character in the book and yet she wasn't treated well at all and again, that goes unchecked.

The issue with one-dimensional characters is that you can immediately spot when they do something out of character and this becomes obvious during the last 20% of the book when Angel and Isaiah make incredibly unrealistic and uncharacteristic responses during the fires and chaos. Also, I wish authors (and directors) would learn more about the true nature of fire before having characters do impossible things during fires on page and on screen.

Ultimately, Angel of Greenwood fell very flat for me. I wanted to learn more about the events of Tulsa in 1921 but instead I'm tied up worrying about one-dimensional characters, an unlikely love story and impossible heroics during a fire.

With a heavy heart, I give Angel of Greenwood a disappointing two out of five stars, one for the beautiful depictions of life in Greenwood, one for drawing attention to an important event in history, and the other for the gorgeous cover, but less one star for the issues I mentioned above. I'm not saying 'don't read it', just that there are better sources if you're seeking to learn more about the Tulsa race massacre in 1921.

I'm compiling a list of superior YA fiction. Visit the Addicted to Media YA Fiction Bookshop to see my recommendations (affiliate link; I will receive a small commission if you purchase using this link at no extra cost to you).