As we reach the penultimate episode of NOS4A2's second season, I'm starting to realise that I don't like Charlie Manx very much. This isn't helped by the fact that Zachary Quinto does smug so well and by the middle of "Welcome to Christmasland", I just about want to strangle Manx. Fortunately, it's not just me. 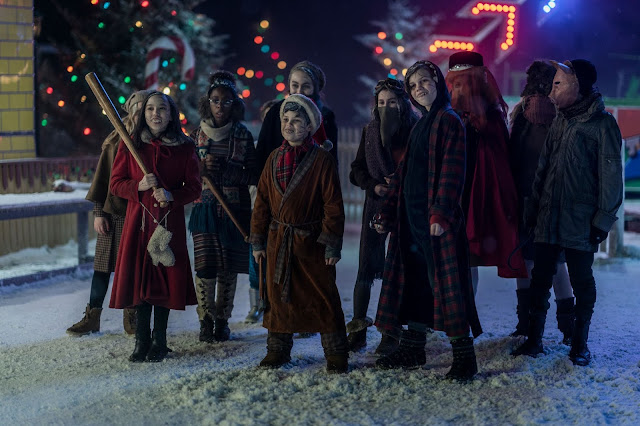 Vic McQueen is not alone

It's all pretty dark on NOS4A2 after the devastating events in "Chris McQueen". Try as she might to push people away, Vic McQueen (Ashleigh Cummings) is not alone.

Maggie Leigh: "I started hunting the Wraith, before you, so I'm going to finish it, with you".

I always did love Maggie Leigh (Jahkara Smith) from the moment I met her and Maggie is one of my favourite characters ever. I suspect this is not going to end well for me.

Speaking of which, I don't think things are going to end up quite like Vic and Maggie planned but more about that later.

Welcome to Christmasland: can we leave yet?

I judged Millie Manx (Mattea Conforti) for sixteen episodes for her demonic ways but even Charlie Manx can't rob her of her humanity. Or is it childlike aspirations? Whatever it is, she wants something and daddy dearest isn't providing it anymore.

Once again, Charlie finds himself in the Sleigh House, with Mr Tim banging to be let out of the closet. The question is, who created the Sleigh House? While Manx is extremely uncomfortable, Millie Manx is not. It's clear that the Sleigh House is Manx's own creation, his superego, his conscience.

Millie is really growing on me.

While Vic and Maggie breach Christmasland, Lou Carmody and Tabitha Hutter keep showing up. This scene with the two people who support our powerful creatives is long overdue and underlines the challenge of loving someone who is (literally in this case) single-mindedly destroying herself.

Scissors for the Drifter

Things are pretty dire in Christmasland with Wayne too far gone to be of any help at all. Millie Manx shows incredible resilience to Manx's charms; oh, how strong must her spirit be to throw off the shackles of Manx's thrall! Yes, I'm aware that she's likely to turn around and prove herself to be the ultimate demon child but she is not impressed with Manx.

Millie Manx: "I'm not enough. I never was" 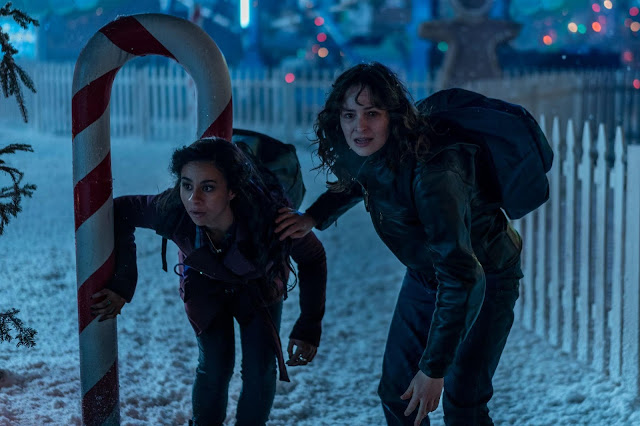 "Welcome to Christmasland" is a pretty explosive episode but as we hurtle towards the finale next week, I can't shake the feeling that this is not going to end like Maggie and Vic think it will end.

NOS4A2 returns next week with the season finale "Bats". I haven't read Joe Hill's novel yet but anticipate that the final episode will destroy me. You can catch NOS4A2 on AMC and BBC America (US) with new episodes added every Sunday and AMC UK (BT TV 332) with new episodes every Thursday.