This week's NOS4A2 is all about Vic's father and is aptly named "Chris McQueen". We begin the episode with a flashback to Larry McQueen's funeral, a Vietnam vet who spent a lifetime chased by the ghosts of war. Eben Moss-Bachrach is such a good actor and you truly believe it when Chris says that being a Gulf War veteran made him understand his father's violence, anger and alcoholism. 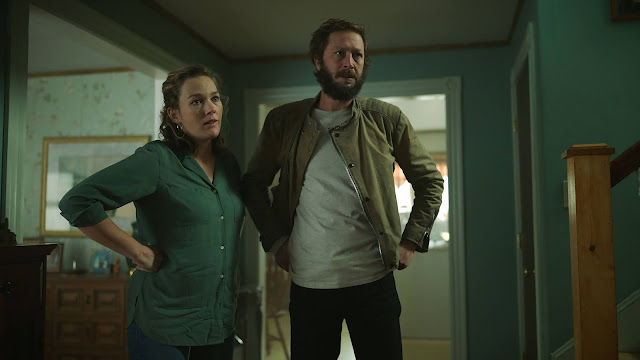 This week is all about forgiveness; can Vic forgive Bing, her parents, herself? Can Vic ever get over her parent's past actions without acknowledging that her same actions have put Wayne in danger?

There are mild spoilers in what follows, focusing on situations but not outcomes. Proceed with caution! 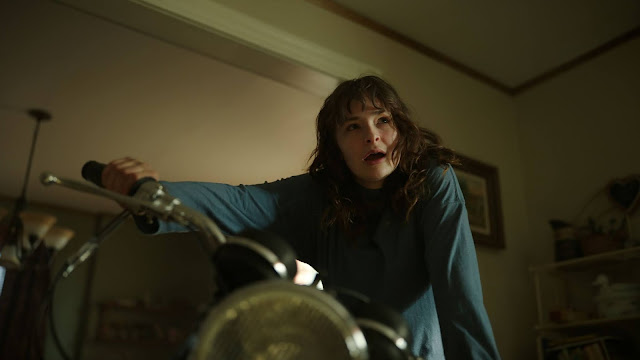 Magical Lou Carmody has fixed Vic's bike and Vic and Chris McQueen are off to the junk yard after Wayne. Except that Chris loses his temper, costing Vic precious time in saving Wayne.

The good news is that despite Chris's violence, Bing (Ólafur Darri Ólafsson) survives and is brought to interrogation and Vic gets five minutes with him. Typical of Bing, he shows absolutely no self-awareness, believing that if he'd not met Manx it would all be different and he could still be friends with Vic. Because, as we know, Vic definitely needed a violent murderer and rapist in her life. Luckily Vic is quite aware of just how poisonous Bing is.

Vic: "I miss the person I thought you were" 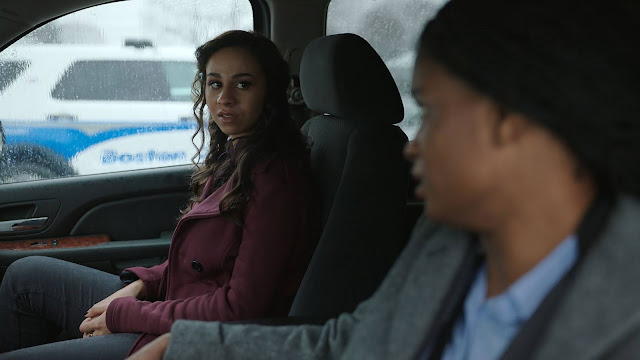 I love Maggie Leigh (Jahkara Smith). We all need a friend who'll tell you they'd "shake a thousand assholes for your mopey ass".

The problem is that the more vital Maggie is to a positive outcome for the McQueens, the further it drives her from Tabitha Hutter (Ashley Romans).

Before they enter Christmasland, the children must all hang their ornament on a tree and this is where it gets exciting. We're teased with the tantalising possibility that the children in Christmasland could be saved and Millie Manx (Mattea Conforti) herself appeals to Vic McQueen.

Is it too late for Wayne?

The last five minutes of the episode are pretty devastating, so much so that I found it hard to write about "Chris McQueen" through what felt suspiciously like genuine grief. Kudos to the NOS4A2 team and Joe Hill for writing a story that destroys but man, I feel pretty raw right now.

I have so many mixed feelings now and a lot of that has to do with the possibility of a third season. I would really like the current story arc to wrap up over the next two episodes. The final two episodes of the first season were not my favourites because they so clearly did not resolve the story and simply set up for the second season.

On the other hand, I'm not sure my heart can stand the next two episodes because I suspect we're going to lose some characters we've grown to love. Conversely, I'd also really like a third season because that's a win for the show, hence the abundance of feelings.

NOS4A2 returns next week with the chillingly named episode "Welcome to Christmasland". You can catch NOS4A2 on AMC and BBC America (US) with new episodes added every Sunday and AMC UK (BT TV 332) with new episodes every Thursday.