NOS4A2 is one of the strongest shows on television at the moment and the second season just gets better with every episode. "The Lake House" is a slow-moving episode that delves deep into the relationships between the McQueens and Carmodys and the damage done by them - by Chris, by Vic and by the creatives' dalliances with the Inscapes.

This episode could easily have been called "Redemption" because Chris McQueen (Eben Moss-Bachrach) is amazing. Anyone who's ever gone through a tough upbringing with rogue parents knows that redemption comes eventually and it's incredibly bittersweet.

There is not an actor on this show who isn't brilliant; I can't tell who I like better - Ashleigh Cummings, Jahkara Smith or Eben Moss-Bachrach. And then there is Zachary Quinto... 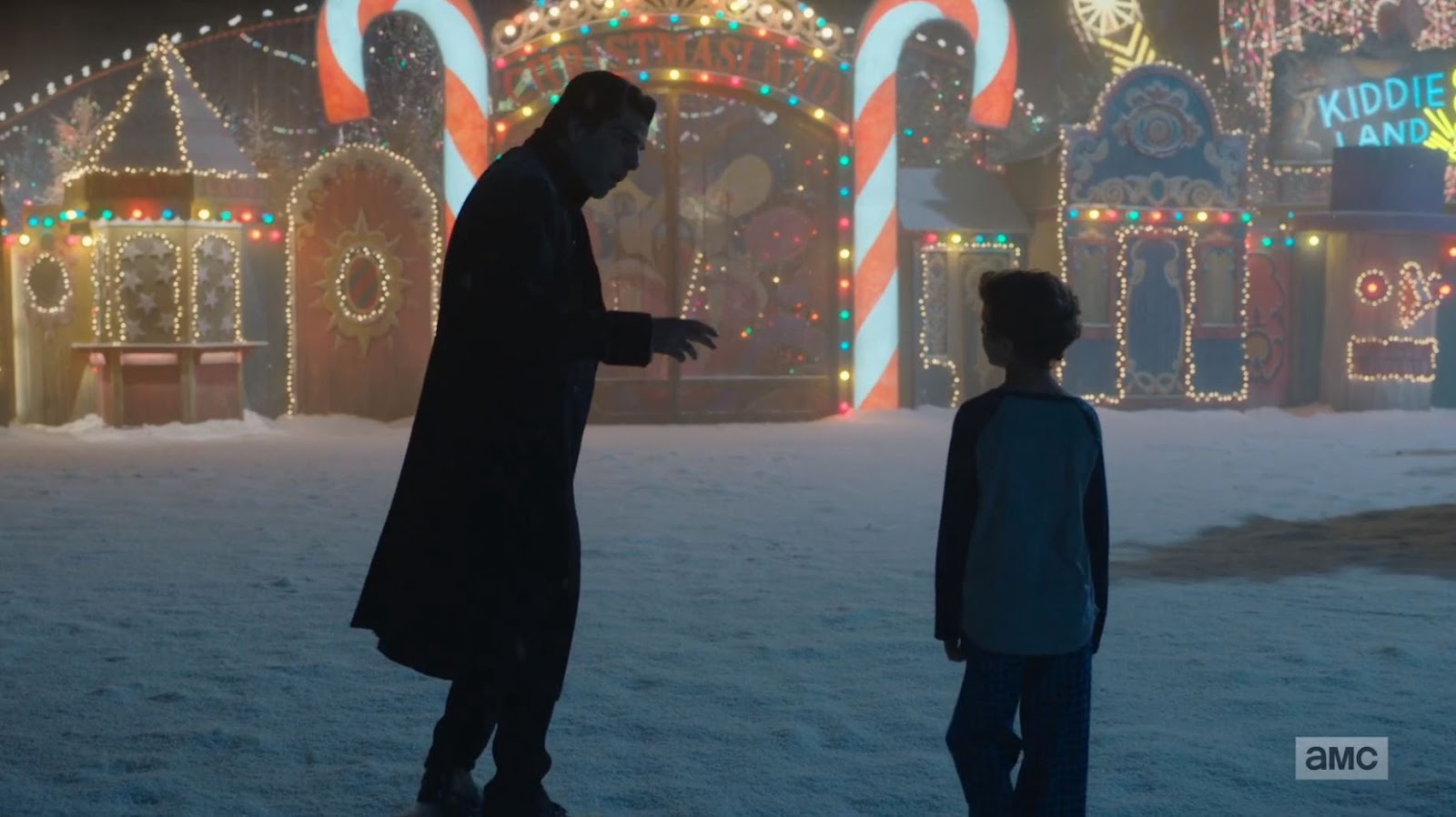 Charlie Manx is really switching on the Christmasland charm offensive, drawing on the allure of Christmas, the nostalgia of Christmas carols, the promise of friends. While Vic and Chris McQueen are burying explosives, Charlie Manx has already breached the perimeter and Wayne is in more peril than ever before.

Vic has crossed one too many lines with Lou Carmody (Jonathan Langdon) and her time is running out. Lou has the biggest heart of them all - proving over and again why we first fell in love with him in "Gunbarrel" - but he won't let Vic walk all over him at the expense of their child. That's right, the purest soul on NOS4A2 wants to adopt Wayne.

"We're on the run from a supernatural kidnapper, which we've asked our son to lie about" - Lou Carmody

It looks like Wayne needs a father too for his world is falling apart around him.

"You lie and you disappear and you make Dad sad" - Wayne, to Vic

The McCarmodys arrive at the Lake House and Grandpa Chris finally gets to meet Wayne and Lou. Sobriety looks good on Chris and he can see straight through Vic.

Chris: "Alright, is there something you're not telling me?"
Vic: "Okay, I'm a drunk, I'm a screw-up, and I know - I know I sound crazy. But I am just trying to protect my son the best I can. So, please, Dad, do you have any frickin' ANFO?"

Chris has definitely grown up, becoming this tender, protective, Bear Grylls version of himself but he's definitely not beyond playing with explosives.

Chris: "Eight years. First thing we do together is build a bomb"

Chris was the biggest disappointment in the first season of NOS4A2; he was obviously Vic's best friend but was so determined to put drink and a lover ahead of his family. "The Lake House" turns it all around for Chris is now the glue holding the whole family together, telling Vic how his biggest mistake was not choosing between staying and going when she was growing up but how Lou is there, Vic just needs to keep him there.

Talking of glue, Vic could not do this without Maggie Leigh and her extreme sacrifices but ultimately, it is Tabitha Hutter who is the hero here. Tabitha has an encounter with "The House of Sleep" in scenes so fraught with menace that I could barely look at the screen. Zachary Quinto might terrify with Charlie's maniacal laughter but Ólafur Darri Ólafsson will forever remain in my nightmares with his excellent portrayal of the horrific Bing Partridge.