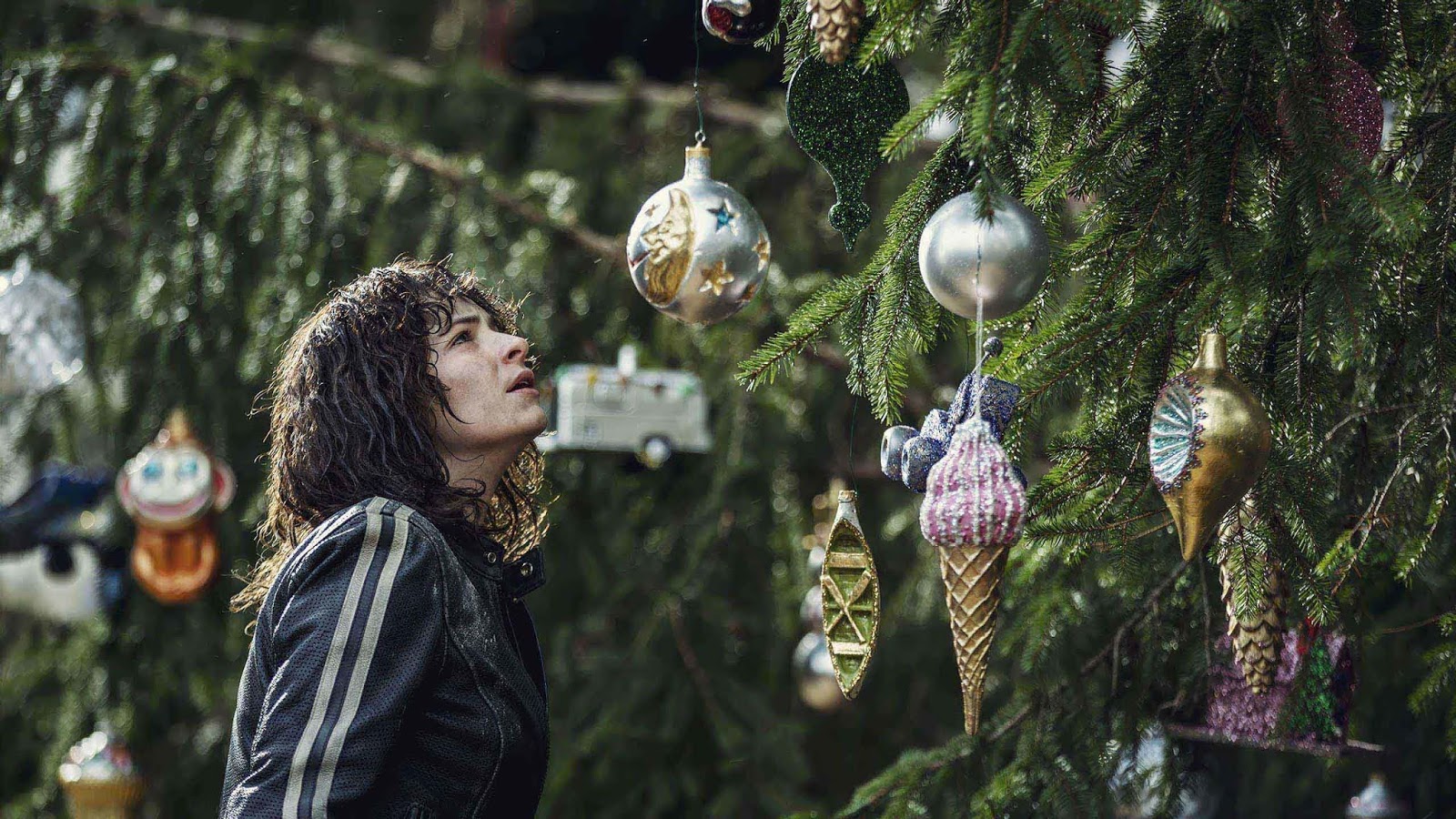 It feels like the final episode of a season should be accompanied by fanfare; violins, drumrolls and crashing cymbals would do. Instead, "Gunbarrel", the final episode of NOS4A2's first season, felt like a YA sequel when it's becoming glaringly obvious that they're lining up for a trilogy because nothing much has happened. As much as I love this show, I have to admit that I'm more than a little disappointed by this episode but like that filler novel, there is one event of major consequence and also an extremely significant discovery so I must concede that this is a natural break point before season two. With that in mind, I'm just going to focus on the good.

SPOILER WARNING: in an episode where very little happens, it will be impossible to discuss what does happen without divulging three very big spoilers. Don't be that fan who goes ahead and spoils your entire experience by reading further if you've not already watched the whole of NOS4A2 season one including "Gunbarrel"- signed she who managed to spoil every single major death on The Walking Dead season 8.

Played by Jonathan Langdon, Lou Carmody is a lovely, if not entirely too trusting, biker who picks up Vic from the side of the road following her escape from the Sleigh House. It's a definite thumbs up from us for Mr Carmody and I do hope we get to see more of him in season two. 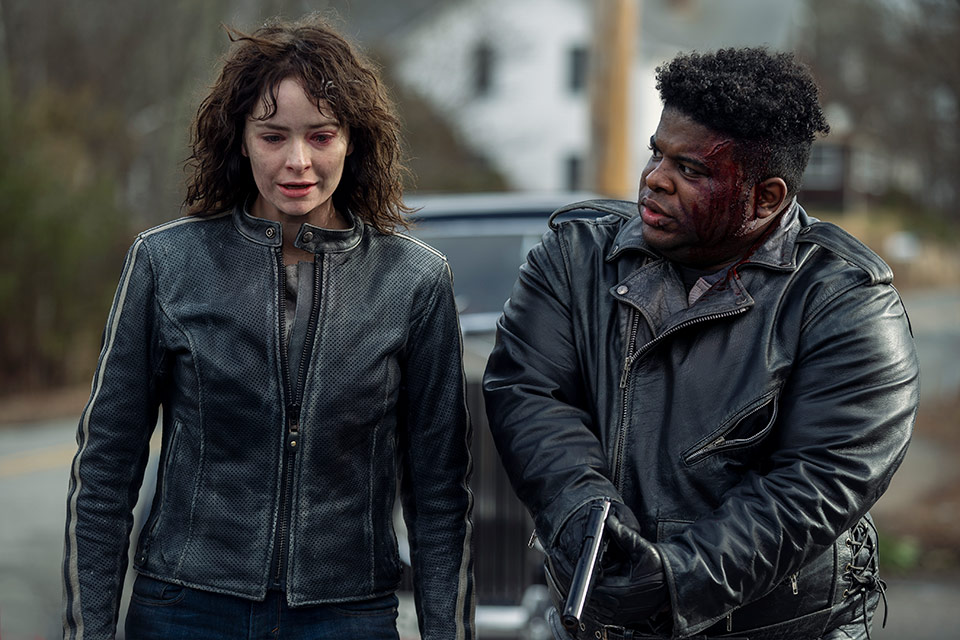 Something doesn't quite gel in the relationship between the detective (Tabitha Hutter) and Maggie (Jahkara Smith). How is it that a seasoned detective is so willing to believe a purple-haired librarian regarding paranormal matters? Nevertheless, if you're willing to suspend disbelief, Hutter and Maggie have some of the best dialogue in the episode.

On the Scrabble tiles:
Hutter: How does it work?
Maggie: You don't want to know
Hutter: Actually I do
Maggie: By tearing the fabric between the real world and the world of thought

It's no secret that I was not a fan of Craig (Dalton Harrod) so I wasn't exactly cut up when one of Manx's child-monsters sunk his teeth into him minutes before the Wraith blew up. In deference to those who actually liked Craig, I'll pretend that the highlight for me wasn't actually Craig's death but Ashleigh Cummings's superb acting following his loss.

Linda McQueen (Virginia Kull) is finally being a decent mum. Wait until she finds out Vic is pregnant... that's right, Vic is pregnant with Craig's child and I totally guessed it! The scene when Vic tells Chis McQueen (Ebon Moss-Bachrach) about the pregnancy is particularly touching - could Vic's child-parents finally be growing up?

There was a beautiful scene with Vic and Maggie as they talk about their losses. Joe, Craig, Daniel, Haley. There have been so many and they seem no closer to rescuing the kids. The badass, bike-riding artist and the purple-haired librarian - what a combination.

And then there is that ending. Charlie Manx wins season one and Bing Partridge has me never wanting to go to the dentist again. Bring on season two!