A Brilliant Follow Up to 'The Hate U Give': Angie Thomas's 'On the Come Up' on Audiobook ★★★★★ 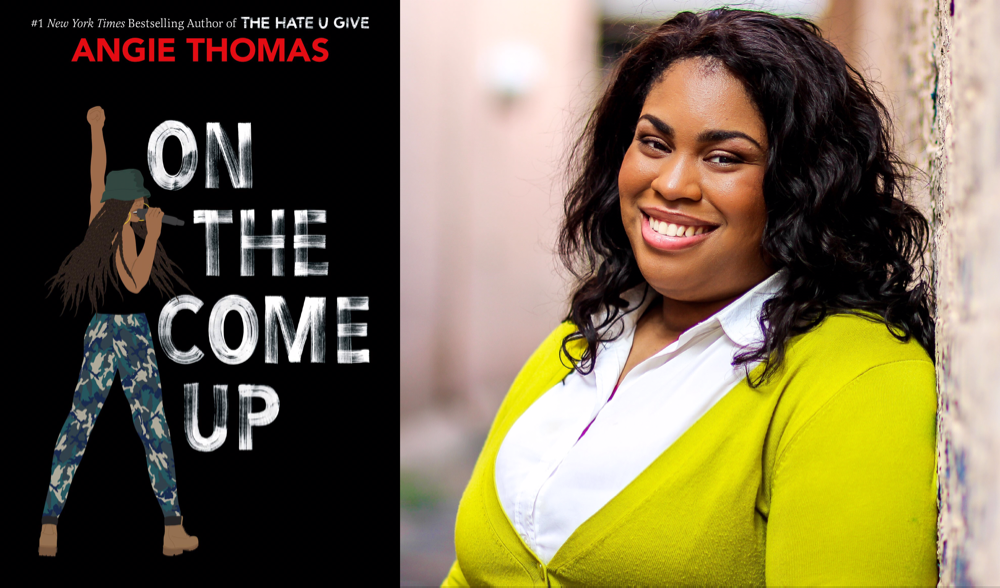 There are some books that are best consumed in spoken form, including Angie Thomas's sophomore young adult novel On the Come Up, follow up to the massively successful The Hate U Give. Narrated by Bahni Turpin, the audiobook of On the Come Up truly brings to life the voice of Bri, an aspiring young rapper growing up in Garden Heights.

Brianna Jackson is the daughter of underground rap legend Lawless, a rising star who was murdered in his prime. Now all Bri wants is to rise up the ranks herself as she prepares to battle it out in the freestyle rap arena at the Ring. It is clear that Bri has the level of talent that her father had but when her debut single goes viral, Bri starts getting all the wrong kinds of attention.

If only that were the worst of her problems. Brianna's mother struggles to make ends meet as a single mother and her aunt is in deep with a local gang. Readers of The Hate U Give will recognise the neighbourhood of Garden Heights with the rival gangs Garden Disciples and King Lords and although we don't meet Starr in this novel, the events of the police shooting and subsequent riots feature heavily in On the Come Up.

I loved On the Come Up and related very much to the utter chaos surrounding Bri, having been brought up by a single mother myself. Life in a vulnerable family is hard enough but everyone knows it never rains but pours when you're on the poverty line.

Mostly, On the Come Up makes me excited for what we will see in the future from Angie Thomas. The Hate U Give and On the Come Up are very different novels and whereas Starr Carter was likeable and noble, Brianna Jackson is fallible and shows great character development in the novel. I'd like to see a whole series of books coming out of Garden Heights showing strong, independent and impressive young African American women.

I give On the Come Up a superb five out of five stars and recommend to fans of The Hate U Give and those seeking superior young adult fiction featuring African American or working class representation.