Dead Can Dance in Concert: Eventim Apollo London, 4 May 2019 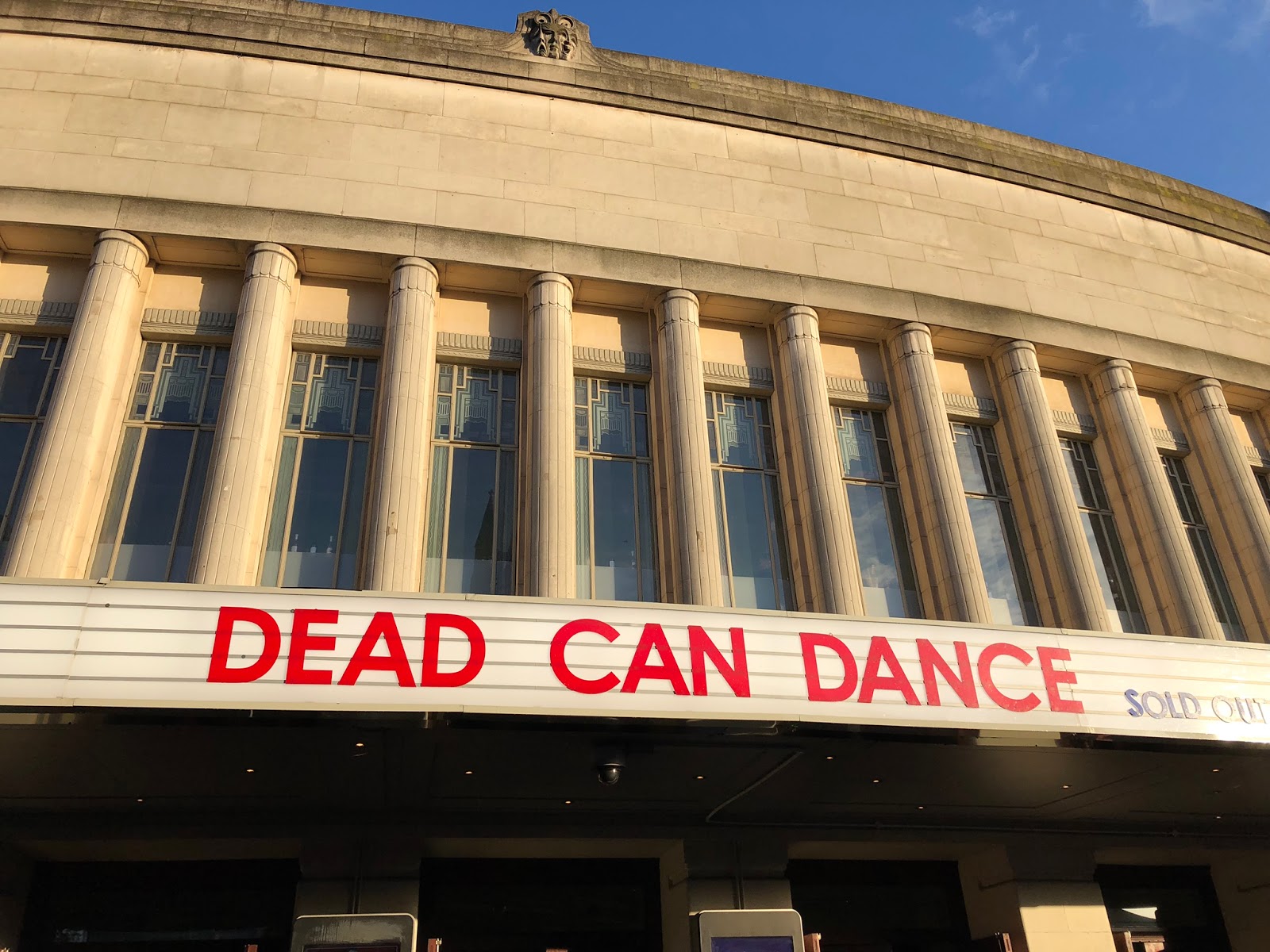 I've always found that the hardest things for me to review are the ones I loved the most. Somehow the words just won't flow and I land up gushing and lacking all objectivity. I'm feeling that way now as I try to write about a gig I loved for a band I've loved for 25 years and all I can do is rewrite this opening paragraph time and time again. I'm just going to start by saying that Dead Can Dance at the Eventim Apollo last night were incredible and it felt like an absolute privilege to see them, especially as we were sitting four rows from the front and I never, ever thought I'd get to see them.

Before we entered the Apollo, there was a buzz going around and we realised that David Kuckhermann was an artist not to be missed. I had not heard of him before but a quick search told me that he'd worked with Lisa Gerrard before on their 2018 release Hiraeth. I'm so pleased we caught his performance because David is incredibly talented and the level of control he maintained over his instruments is astounding. It was hard to believe that it was just him on stage at one point, such was the complexity of the music he was producing.

Of course, we were all there to see Dead Can Dance and Lisa Gerrard and Brendan Perry arrived on stage looking like a king and queen. I've always held the utmost respect for Dead Can Dance, for the power and clarity of Lisa and Brendan's voices and the mastery in the compositions yet I was still unprepared for how incredible they sound live. Being as close to the front as we were, we also got to see how hard the band works and also, how much they enjoy being there.

Dead Can Dance are currently on their A Celebration - Life & Works 1980-2019 tour, performing their biggest hits from across their impressive discography. This was a fabulous surprise, as I'd expected the concert to focus mainly on their new album Dionysus. Beginning with "Anywhere Out Of The World" and "Mesmerism", the tracks alternated between those that feature mainly Brendan's vocals with those featuring Lisa.

The show wasn't without some drama. It was during "Xavier", if I recall correctly, that Brendan's voice cracked and I saw the heartbreaking moment when he signalled to Lisa that he couldn't go on. After the track, he told the audience that his voice had broken and he was going to disappear backstage for a moment and hope for a miracle. I reckon he found his miracle - he did come back on stage and manage to perform through what was obviously a touch of flu. It was clear that he was struggling at times but thanks to a steady supply of fluids, he gave a superb performance. Thank you for carrying on Brendan but please take care of those precious vocal chords!

The absolute pinnacle of the concert for me was "Sanvean", a song which I once played on repeat for six months and which was beyond moving to see live. I'm not ashamed to admit that I cried throughout Lisa's performance. I cried during "The Host of Seraphim" too, once I'd remembered to start breathing again. It was an astonishing performance. I'm not sure I'll ever forget being that close to Lisa Gerrard, seeing the folds in her dress, the silver lace and the movement in her throat as she sings.

Other highlights include Brendan singing "Amnesia" and "Song To The Siren". Brendan wasn't sure we'd want to here Kermit singing the latter song but I can assure you it was magnificent.

There were two rapturous encores for the show, the first of which closed with "Cantara", one of my favourite Dead Can Dance tracks of all time. It was so good to see the carnivalesque atmosphere on stage during this song as the band gave a superb performance. All too soon though, the concert came to a close as Brendan performed "Severance". I don't know if I'll ever be fortunate enough to see Dead Can Dance in concert again but I'll never forget this incredible night. 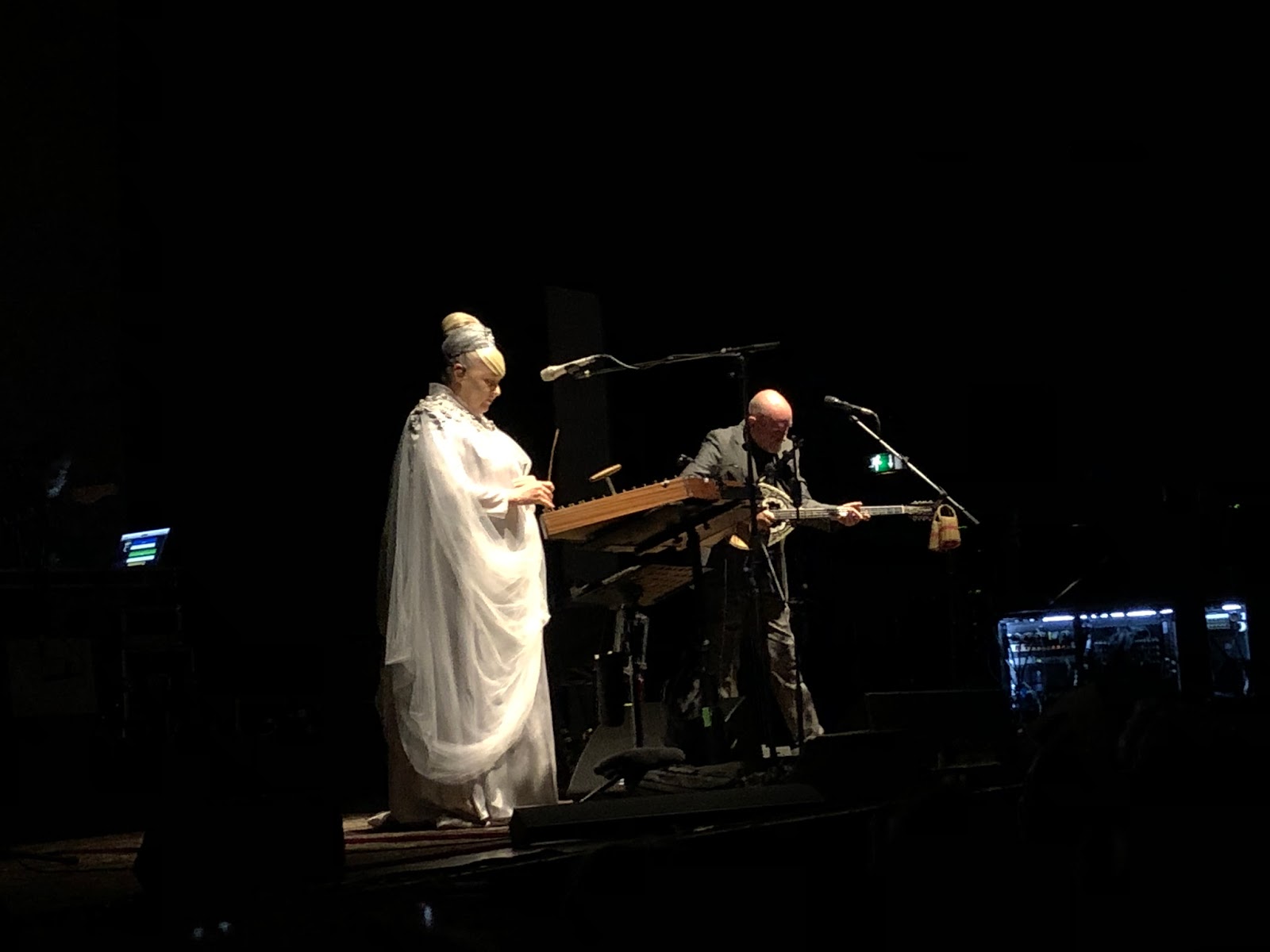 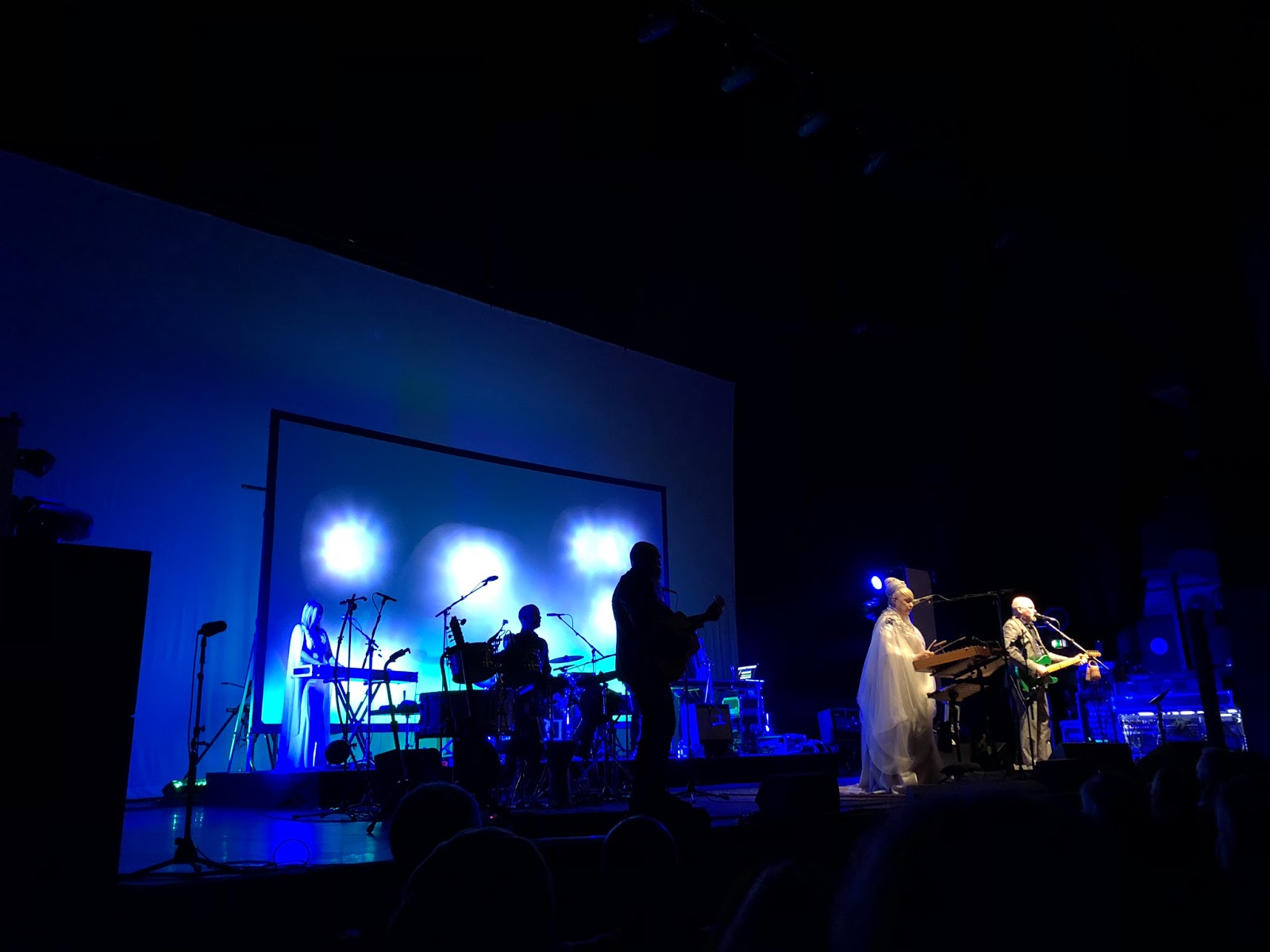 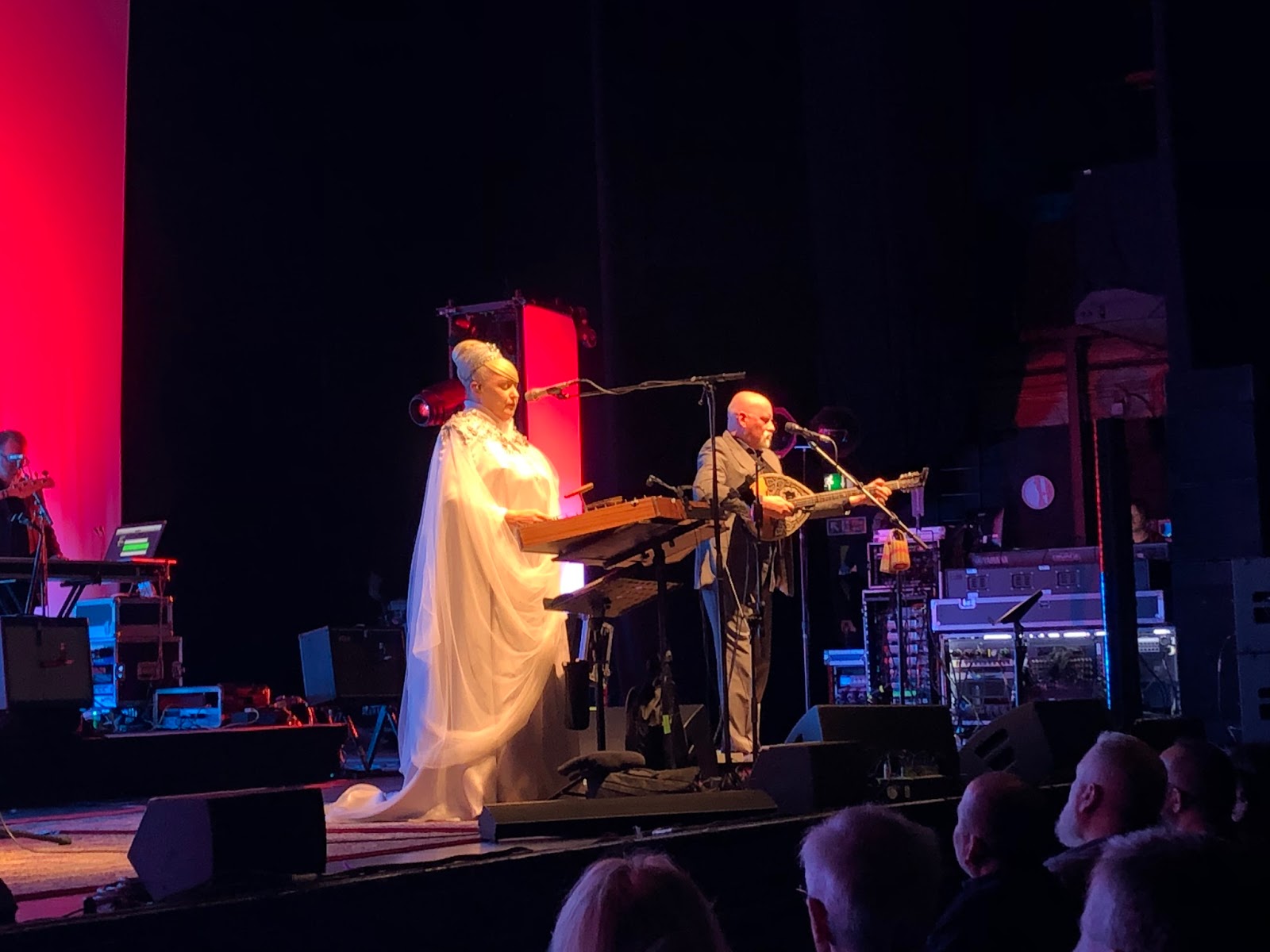 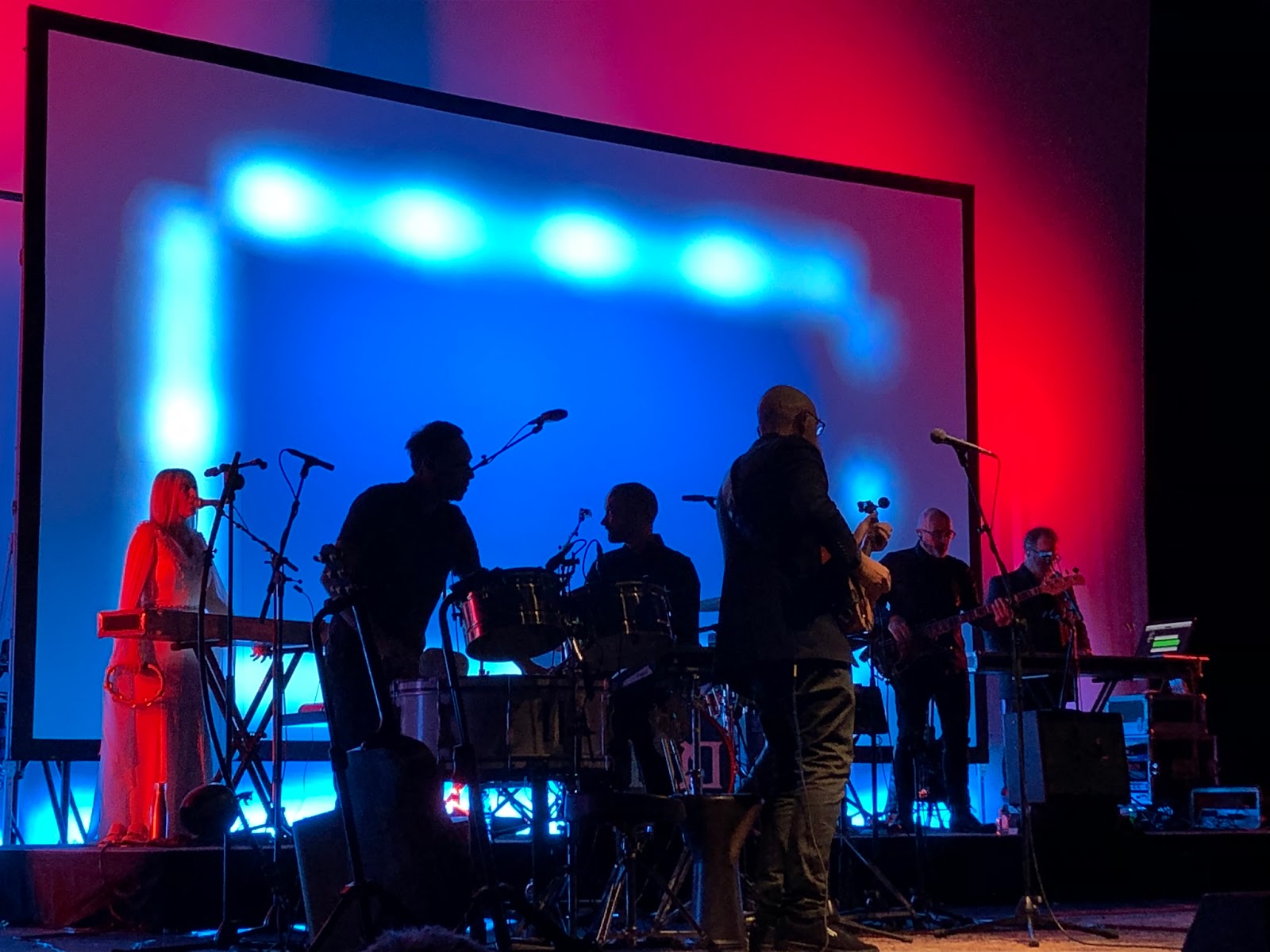 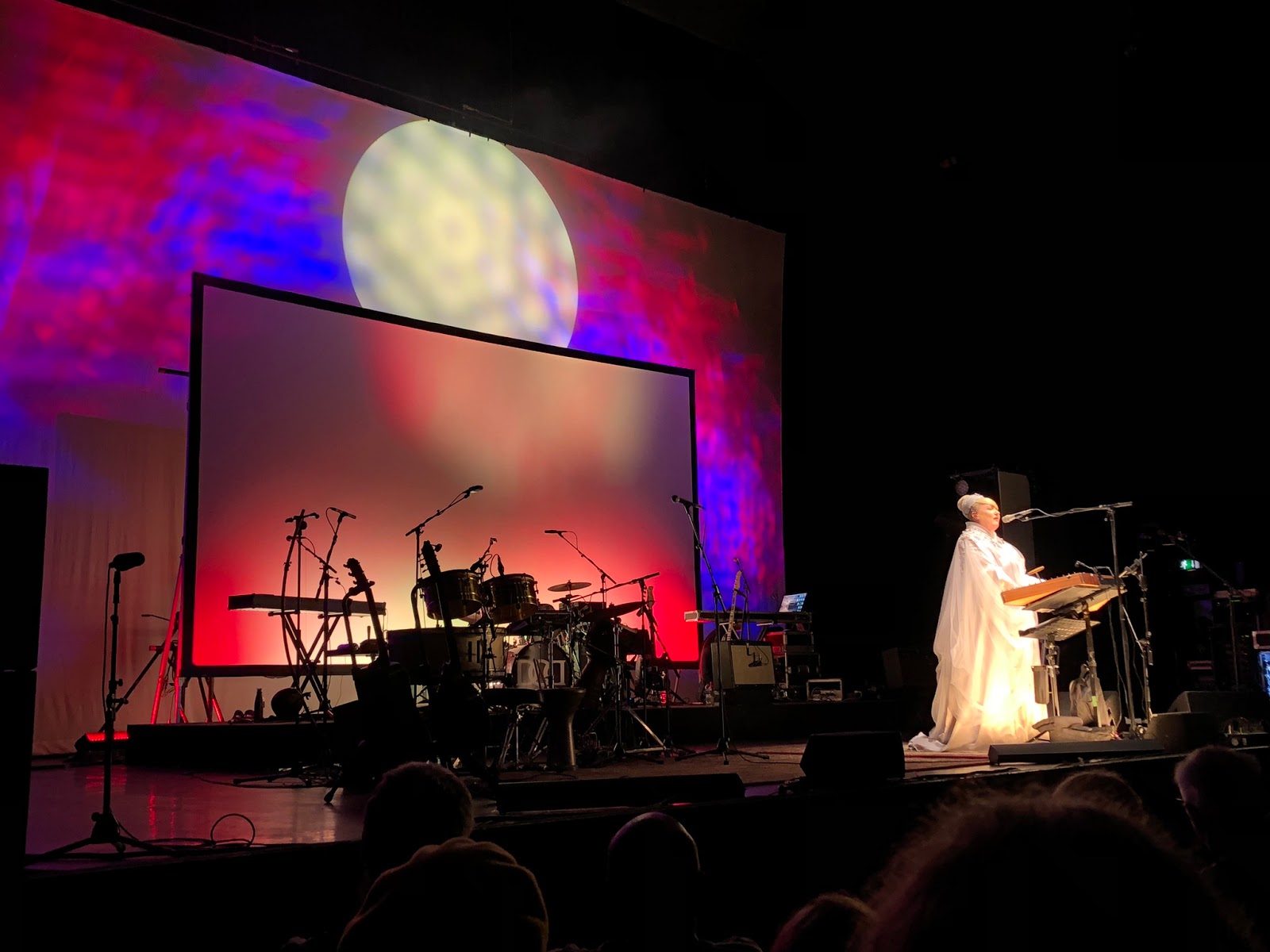 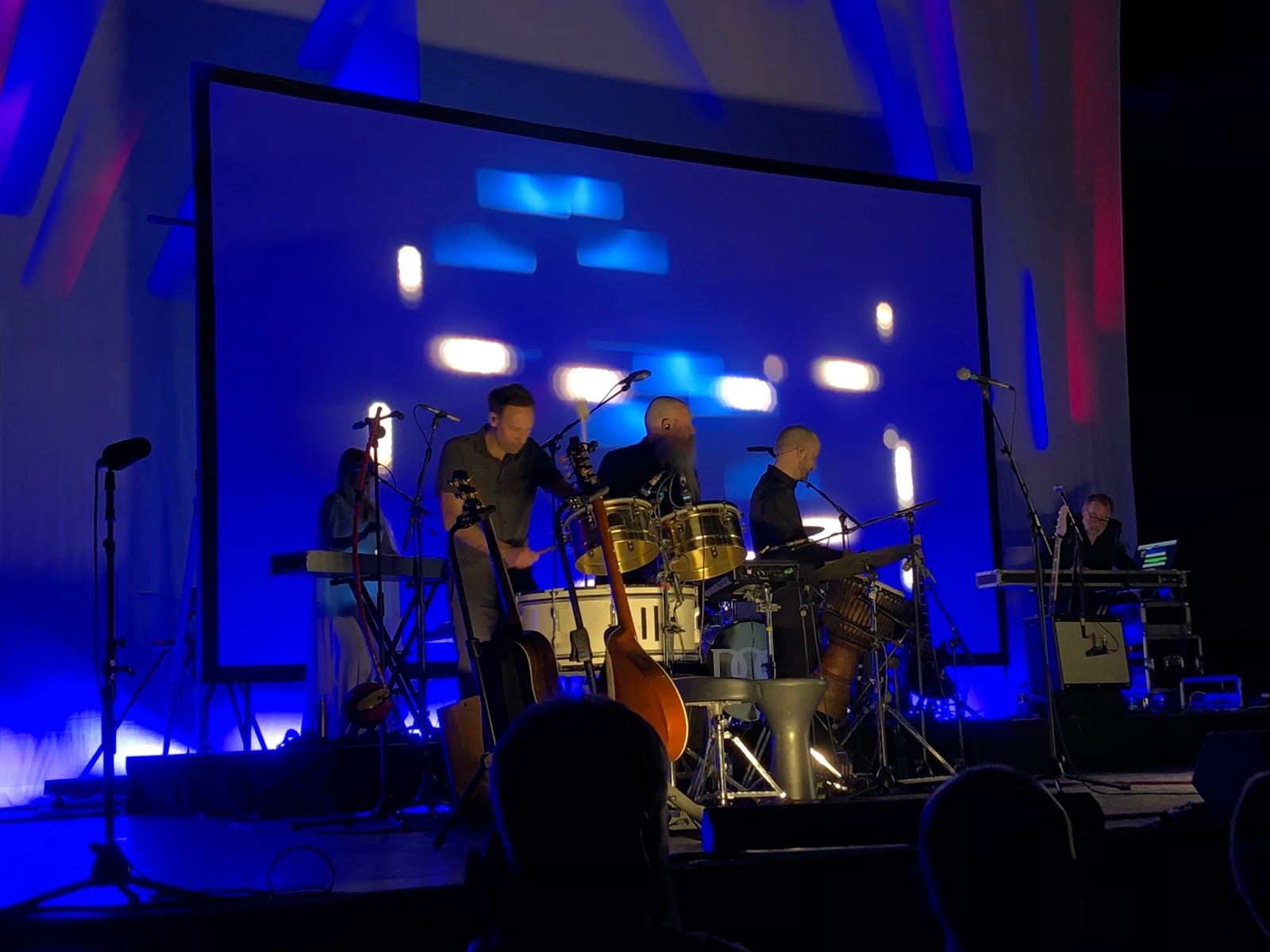