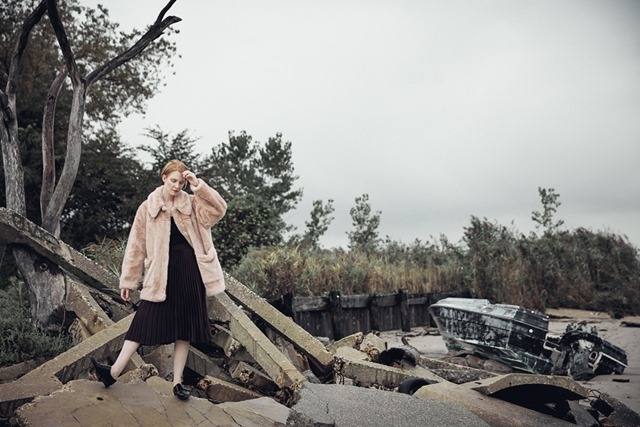 It’s that time of year again; the clocks fell back last night and winter is definitely on the way. If I’m honest, I’m relieved. We had an incredible long, hot summer but I’m looking forward to slowing down for a while and taking stock of where life is taking me. This is the time for hot cups of tea, warm blankets and days filled with books and socks. Or for lying on the sofa, listening to music and whiling away the afternoon. One song I can’t stop listening to at the moment is “Believe” by Mackenzie Shivers.

“Believe” is a deceptively simple arrangement, comprised of just Mackenzie’s beautiful vocals, piano and strings by Sarah Elizabeth Haines. In her interview with Vents Magazine, Mackenzie explains that she wrote it following the passing of her brother-in-law some years ago but that following the 2016 presidential election, “the song took on a new meaning to me … It felt bigger than my own personal story. Music is powerful in that way; it transcends one specific event”.

I agree. Listening to “Believe” makes me think of hope and redemption but it also warns of what is important to us in the dark times the world is going through at the moment. It is the perfect accompaniment for moments of introspection.

It seems impossible that it’s only been two years since I discovered Mackenzie Shivers and her Living In My Head EP. Her music always stops me in my tracks and sends me into spirals of euphoric recall and thoughtfulness. In my endless search for music that truly moves me, I believe in Mackenzie Shivers. If you like Aoife O’Donovan, Olivia Chaney, Joni Mitchell, Florence and the Machine, PJ Harvey, Bat for Lashes or Kate Bush, you’ll love Mackenzie Shivers.

“Believe” is the first single from the upcoming album The Unkindness, Mackenzie’s first studio album since Neverland (2014). The album is due out on 8 February 2019 and Mackenzie Shivers is running a Pledge Music campaign to give fans the chance to access music and exclusive merchandise first. From just $15 to access the Digital Download, there is a package to suit every price.

Pledge Music and other similar sites give fans a chance to support independent music and to hear what they most want to hear. We’ve all heard of bands who have been lead astray by what record companies think fans want to hear and individual patronage is the way of the future.