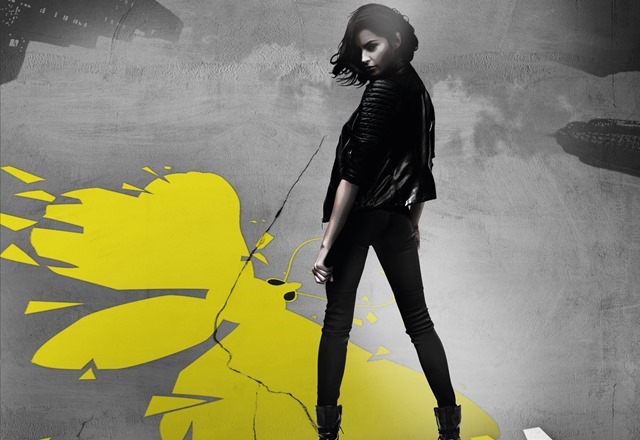 Leo Hunt first arrived on the young-adult scene in 2015 with the excellent Thirteen Days of Midnight, a story about a young man who inherits a host of ghosts and whose life is subsequently torn apart as he fights to control them. I declared it the most exciting supernatural novel of the year and gave all three books in the trilogy five star reviews. I was definitely going to read his latest novel Phantom.

Phantom takes place on an Earth many millennia in the future. Forget wearable tech, in this society technology is implanted straight into our brains and what we experience through our senses is wholly customised and exploited by marketing. Books, paper, writing are a thing of the past to the extent that alphabets are ancient relics, replaced by a world gone mad on ‘glifs’ (there is an emoji for everything).

What is most fascinating about Leo Hunt’s new world is the architecture. The City in which the story is set is built on the ruins of the past but whereas the ruins of ancient civilisations lay as dust beneath our feet, the skyscrapers and concrete monoliths of today aren’t so easy to demolish in the future.

Instead, the ruined, flooded and toxic remains of the past lie miles and miles beneath the gleaming magrails and traffic tubes of the future. Sunlight costs money and while the executives at the major corporations can afford a home with a view, most of the rest of the population is relegated to the lower strata. And then there is the underclass; those without the means to move when their strata go dark, who must live in the Undercity amongst the mutated, blind dogs and the rising pile of rot and detritus.

I could have spent weeks in this dark new world that Hunt created but unfortunately, Phantom is a story of thirds. In the first third of the book, we meet the extraordinarily gifted hacker Nova who catches the attention of the greatest hacker of all time, Moth. Nova is tasked to infiltrate Bliss, one of the biggest corporations on the planet and become an assistant to the CEO. It’s an impossible task, to be sure, but the payout will be worth the trouble and Moth is offering a down payment of more than Nova can make in a lifetime. 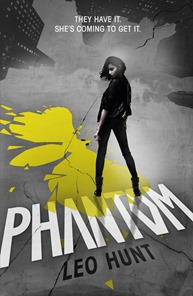 Thus Hunt takes us from the fascinating, lurid and colour-drenched world of the City into the sterile, generic world of Bliss. There are even tech blockers here and none of the intrigue from outside filters into the towers. And there we stay for a full third of the novel. It pains me to say this, of one of my favourite authors, but it was boring.

Somewhere along the way, and in the most improbable of circumstances taking place over one meeting of not more than a couple of hours, Nova falls in love.

This was the second issue I had with Phantom, the idea that Nova and Ziran fall in love instantly and make some pretty terrible decisions based on that instant and undying attraction to each other. It felt extremely forced in the subsequent storytelling, to the extent that I didn’t trust it at all and kept waiting for Ziran to betray Nova, but most importantly it wasn’t even necessary from a plot point of view. Far more interesting would have been to examine the morality and survival instinct intrinsic in the decisions made and not just I’ve loved you all my life, well for all of five minutes, now I’m going to risk my life for you.

I feel a sense of loss. I would have gladly read an entire series of books set in the City but instead, we’ve gained a glimpse of a brilliant new world but one which simply wasn’t explored enough by its own architect. I believe that Phantom is a stand-alone novel but if there is a sequel then please, Mr Hunt, spent more time in the City that you created!

And so it is, with a very heavy heart, that I give Phantom by Leo Hunt a disappointing three out of five stars.

Phantom is published by Orchard Books and is available in hardback and Kindle.