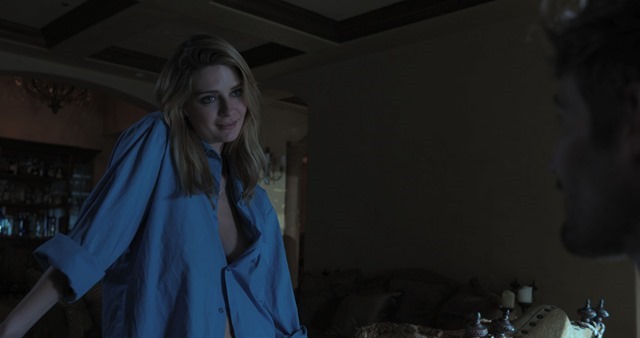 One of my favourite moments in television history was when Mischa Barton’s character was killed off in The O.C. Now don't get me wrong, I loved The O.C. and initially liked Marissa Cooper, but by that point in the series I was thrilled to see her go. It's no surprise then when I heard Mischa Barton was starring in the indie-horror film The Basement that I was going to jump at the possibility of seeing her killed off again.

The Basement begins with Barton doing what she does best and playing the rich and vacuous Kelly Owen. Her husband Craig (Cayleb Long) is tinkering away on the piano when she sends him out to buy more champagne. This seemingly innocuous errand goes wrong, however, when her husband is abducted and awakes to find himself constrained to a chair in a basement. 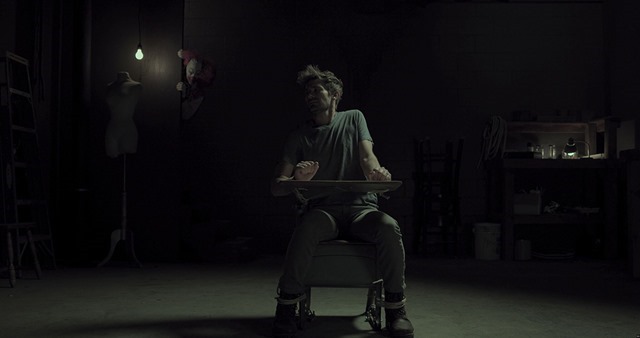 Soon he is confronted with everybody's favourite nightmare as a garish clown begins to interrogate him. That is just the beginning of Craig’s problems for his captor has not one but twelve outlandish identities and he intends to act out the twisted events in his life in sickening detail.

It gets worse and what follows is the most revolting scene I have ever seen in a film. In fact, I had to walk away from the screen and compose myself before my stomach felt settled enough to carry on watching. Without divulging any spoilers, let’s just say it involves swallowing teeth and a certain recurring nightmare of my own. But I digress.

The Basement is directed by Brian M Conley and Nathan Ives and features killer performances from the cast. Pun intended. Jackson Davis (Shameless) is Bill and he has incredible range as an actor. He is utterly convincing and creepy as he plays each of Bill’s twelve identities before an increasingly frustrated and incredulous Craig. For his part, Cayleb Long is excellent as Craig, utterly bewildered yet defiant in the face of his own helplessness.

The best part of the film is the twist, which I did not see coming but which was utterly satisfying.

For its successful twist, scenes of revulsion and class entertainment, I give The Basement (2018) a superb five out of five stars and would highly recommend it to fans of claustrophobic horror and psychological thrillers.

The Basement gets a 10-market theatrical and digital release on September 14 from Uncork’d Entertainment.