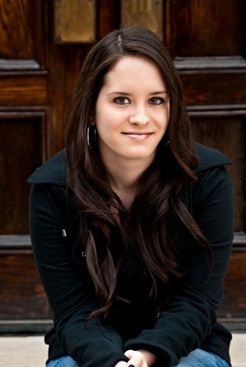 Aimée Carter is the author of The Goddess Test, the debut young adult novel that she wrote when she was just 22 years old.  A modern day retelling of the ancient Greek myth of Hades and Persephone, The Goddess Test is the story of Kate Winters who would do just about anything to buy more time with her dying mother.  I reviewed The Goddess Test in September and caught up with Aimée to discuss how she began writing, her inspiration for the novel and the upcoming sequel.

Can you tell us a bit more about yourself? When did you first start writing and when did you finish your first book?

I started writing when I was eleven, beginning with fan fiction and working my way toward original fiction.  I finished my first novel-length manuscript when I was fifteen, and before I sold The Goddess Test, I wrote over twenty more. It was definitely a learning experience.

The Goddess Test is a young adult fantasy novel set in the Underworld and featuring the ancient Greek gods and goddesses.  What made you decide to write in this genre and where did you find your inspiration?

Writing YA comes naturally, as that’s mostly what I read, and I’ve always had an interest in Greek mythology. As for inspiration, I think my biggest inspiration is wanting to tell a story that people enjoy. Cheesy, but totally why I write. 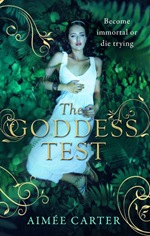 A central theme in the novel is death and dying as Kate comes to terms with her mother's illness and impending death.  This was really touching and well written.  Was this based on your own real life experiences or was it entirely fictional?

Thank you! I did lose my mother when I was ten, but she died suddenly, unlike Kate’s mother, and I was also many years younger than Kate is.  Ironically, after I sold The Goddess Test to my publisher, my father got sick and was hospitalized on and off for several months, and that offered me a new perspective on Kate’s situation.  I wound up going back during the editing process and rewriting a lot of what Kate goes through in order to reflect that.

I don’t read reviews, good or bad, because they have a tendency to rattle me and make me second-guess my writing. However, I think the toughest criticism to take is criticism from someone who didn’t “get” the story. It wasn’t a good fit, or there was a fundamental misunderstanding that wasn’t anyone’s fault. They feel like they’ve wasted their time, and I hate making readers feel that way. One of the best compliments is someone telling me they’re anticipating the sequel –not only did they enjoy the first book, but they liked it enough to look forward to the next one and maybe even form some theories on what will happen. I love hearing those. 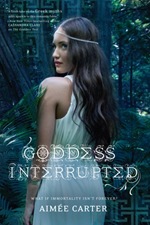 Can you tell us what you are working on at the moment?  I believe that the sequel to The Goddess Test, Goddess Interrupted, is due out in January 2012.  Have you finished working on that and if so, what can we expect next?

The date for Goddess Interrupted keeps changing! I think right now it’s set for March 2012, but I don’t know when it’ll be released in the UK. Maybe it is January. I’ve completely finished working on the sequel, and I’m in the editing process with the completed third book right now. As for what you can expect in the sequel, the back cover flap was revealed a little while ago:

But if she wants a life in the Underworld with Henry, she’ll have to fight for it.

Becoming immortal wasn’t supposed to be the easy part. Though Kate is about to be crowned Queen of the Underworld, she’s as isolated as ever. And despite her growing love for Henry, ruler of the Underworld, he’s becoming ever more distant and secretive. Then, in the midst of Kate’s coronation, Henry is abducted by the only being powerful enough to kill him: the King of the Titans.

As the other gods prepare for a war that could end them all, it is up to Kate to save Henry from the depths of Tartarus. But in order to navigate the endless caverns of the Underworld, Kate must enlist the help of the one person who is the greatest threat to her future.

Thank you for taking the time to speak to us Aimée.  I am certainly looking forward to Goddess Interrupted and in fact, it is already waiting on my bedside table!

Buy The Goddess Test at Amazon.co.uk