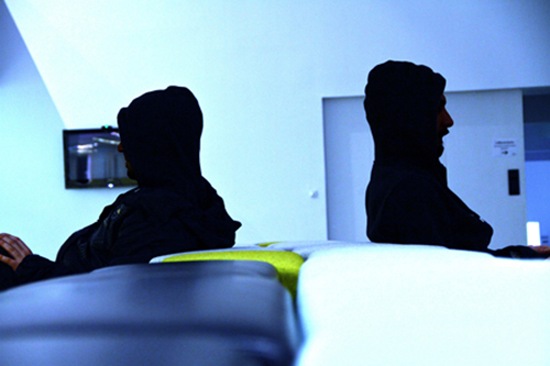 With a name like The Suicide of Western Culture, it is difficult not to sit up and pay attention to a band, especially when you are told that they are proficient in “the noble art of butchering carefully immortal keyboards, guitar pedals and lofi drum machines”.  I have to be honest, I’m not entirely sure what that means or how one becomes a master in such an art, but after listening to the new album Remixes, I kind of get it.

Spanish duo The Suicide of Western Culture occupy that glorious space between electronic and indie music and have played alongside artists such as Animal Collective, Cut Copy, Orbital and Darkstar.  After tearing up the festival scene in Spain and the rest of Europe this summer, they have their sights set on a US tour.

They have a truly dark sound, as you’d expect from their name and it reminds me of 6am on a massive night out when you begin to savour the epic proportions of the evening while cultivating the fantasy that it can last forever.

Their eponymous debut album The Suicide of Western Culture attracted the attention of some of the biggest artists in the band’s native Spain, as Guillamino, Lasers, Rusty Warriors, Brunetto and others lined up to produce their Remixes album.

I’d really recommend that you give their debut album a listen too, especially original version of the track “The End of Luxury”.   You can catch up with The Suicide of Western Culture on Facebook.

You can buy their music at Amazon.co.uk.