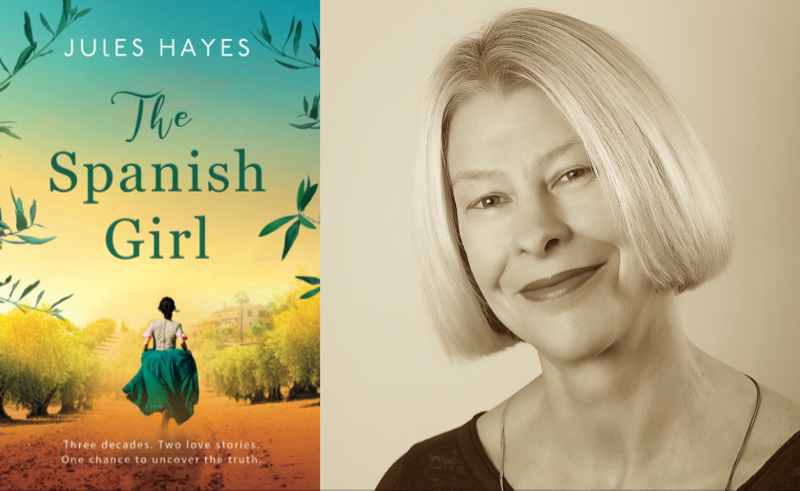 I'm so pleased I chose historic fiction as my theme for my holiday away in Spain. My second read is especially relevant as I've chosen Jules Hayes's The Spanish Girl, a historic novel spanning both the Spanish Civil War in the 30s and the death of Franco and subsequent rise of the Basque separatist movement in the 70s.

I initially believed that The Spanish Girl wasn't for me, incorrectly believing it to be a light romance novel. Granted, I'd sought out that exact genre due to suggestions from other readers on how to overcome my pandemic reading slump, but The Spanish Girl exceeded my expectations in every way.

The Spanish Girl begins in December 1937, at the height of the Spanish civil war, with a young boy witnessing the horrific murder of a mother and newborn baby. The reader is swiftly transported to Bilbao, Spain in May 1976 where journalist Isabella prepares to meet with a member of the Basque nationalist movement.

Isabella soon learns of an incredible personal connection between the people she is meeting and her own mother who disappeared before Isabella ever met her. Told through alternating timelines between the 30s and 70s, we learn of the full story of Isabella's parents and how she comes to learn about her own true history.

There is definitely romance in The Spanish Girl but if romance isn't really your thing (it's not really mine as a stand-alone genre) I believe that the epic story between these pages would appeal nonetheless.

This the the second novel I've read about Franco's Spain, the first being Ruta Sepetys's excellent historic novel The Fountains of Silence. Both novels have served to make me thirsty to learn more about Spain in the 20th century, which makes sense seeing as I spend so much time here.

The Spanish Girl is a rich and powerful novel, invoking the sights and aromas of Spain with vivid descriptions of its music, geography and food. The vibrancy and colour of this beautiful country is juxtaposed with the horror and violence of the Spanish civil war, fascism and terrorism, all of which is brought to life by Hayes's impressive research.

For bringing to life two pivotal moments in Spain's history, I give The Spanish Girl an excellent four out of five stars and recommend to lovers of historical fiction, especially non-WWII history. Don't get me wrong, I've read a lot of WWII history myself but steer towards non-fiction accounts of WWII lately.

I received an electronic copy of this novel from Netgalley. I will always provide an honest review, whether books are provided to me or purchased by me.