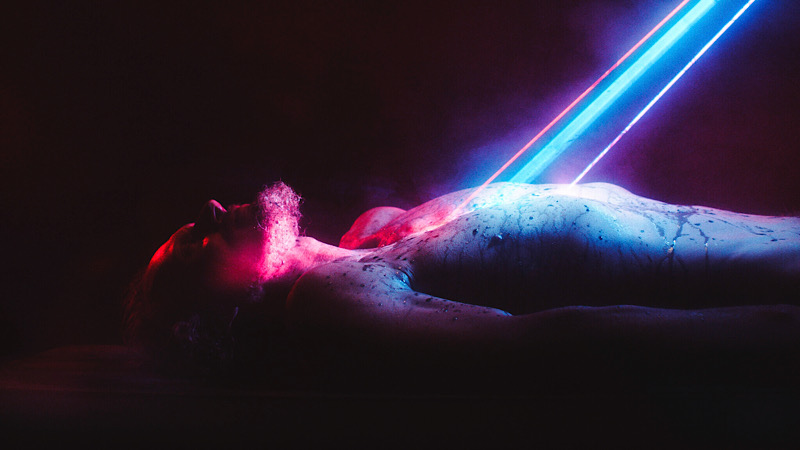 Cape Town nights are hectic. There is a unique witching hour where one-too-many shot glasses has tumbled and nothing makes sense anymore. A night like that turns into the morning after for Fried Barry (Gary Green) before he lands up spending the day shooting heroin at the home of a friend. That turns out to be the least of Barry's problems when he's abducted by an alien spaceship and very invasive things happen to him.

With a brand new driver in his drug-addled body, Barry embarks on a rollercoaster caper around Cape Town's bars, clubs, brothels and other assorted dumps. His long-suffering wife eventually picks him up and she's quite taken with the docile little alien in Barry's body before things take a decidedly trippy turn.

The debut feature film from Ryan Kruger, Fried Barry is one of the weirdest films I've ever seen and I'm a longtime fan of Bloodbath at the House of Death. It's quintessentially South African with loads of Afrikaans one-liners, the nuance of which the subtitles can't come close to capturing. 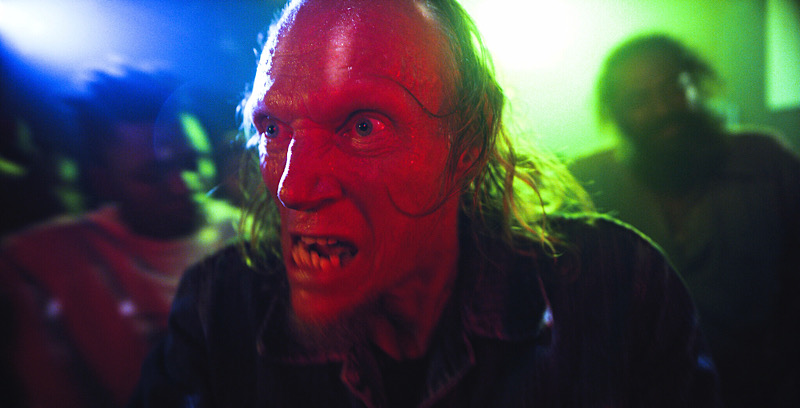 Before breaking into feature films, Ryan Kruger was a well known music video producer in the South African music scene. That definitely came through in Fried Barry and it reminded me a little bit of Alex Proyas's The Crow. Proyas had also moved from music videos to feature films and both The Crow and Fried Barry have a lurid, lucid feel, a sense of putting action to music and letting the tunes play out.

Indeed, much of Fried Barry was improvised with Kruger only writing a 'handful of dialogue' and that adds to the fly-on-the-wall feeling of a hectic Cape Town jol gone wrong.

Gary Green is superb in this role. I genuinely can't believe that he has no formal acting training because he owned this role as the entirely alien Fried Barry. There were so many standout moments but I think my favourites were in the rave club and hospital; Green has the best facial expressions. 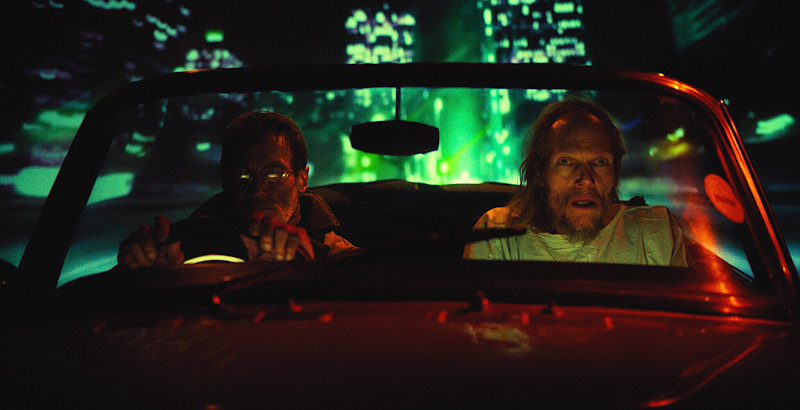 I have to admit, despite being genetically biased towards South African films and horror, I wasn't sure if I was going to enjoy Fried Barry but I enjoyed it a lot. I'm very excited to see what Ryan Kruger does next and I hope it involves Gary Green again. I give Fried Barry an excellent four out of five stars and recommend to fans of trippy, psychedelic, comedy horror. ★★★★☆