How do you escape the inevitable, when you don't know what you're running from? How do you live through the worst possible experience a human can face and come out intact on the other end? How do you write about a masterpiece of a Swedish film without giving away the entire plot? These are the questions flying around in my head after watching Johannes Nyholm's fantasy horror Koko-Di Koko-Da. 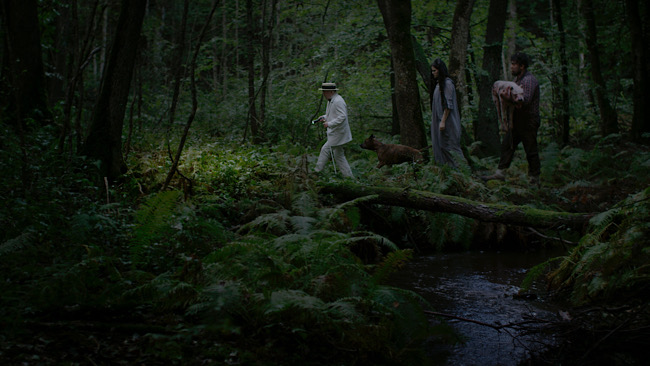 Koko-Di Koko-Da is about a young couple on holiday with their daughter when tragedy strikes and there's just two of them left. With the event threatening to tear them to pieces, the couple takes a camping trip to try find their way back to each other. What they find instead is that they're stuck in a perpetual loop of horror as a sideshow artist (Danish rockstar Peter Belli) and his troupe of misfits arrive to terrorise and humiliate them. Day after day, they are stuck in the same pattern, inevitably tumbling towards the same terrible conclusion.

Part live action film, part puppet show, Koko-Di Koko-Da is utterly spectacular. It reminds me of The Babadook, the film that made me fall in love with horror back in 2014 and the puppet scenes also remind me of the brilliant Impetigore. 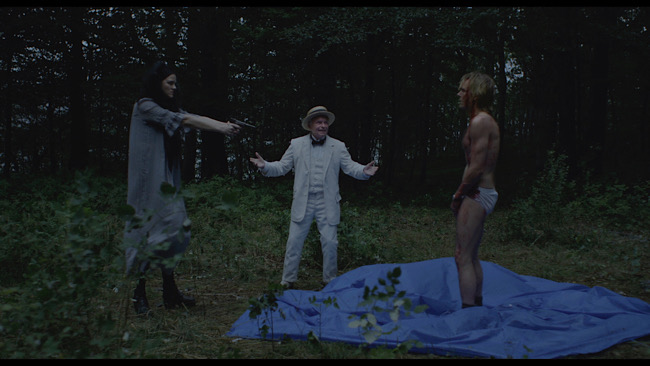 There isn't a single moment when Koko-Di Koko-Da releases it's closed-fisted grip on your heart; it is relentless and painful to watch, buoyed by the performances from Leif Edlund Johansson as Tobias and Ylva Gallon as Elin.

A Carnival of Emotions

Koko-Di Koko-Da is an emotional rollercoaster of a film, dragging the viewer along with Tobias and Elin's terrible journey. Grief is an utterly surreal experience; every day is a complete dumpster fire as wave after wave of devastation slowly takes you out. There are times when you question your sanity, when you simply can't fathom going on for a minute longer and other times when you are so angry that you feel it might physically devour you from within. You are never so alone as you are with your grief but loss has the added injustice of watching your loved ones in pain and being utterly powerless to do a single thing about it. And then you wake up again the next morning and start all over again.

It's a long time since I've watched a horror film this perfect and I give Koko-Di Koko-Da a superb five out of five stars. Absolutely recommended.

A Shudder Exclusive, Koko-Di Koko-Da premieres on Shudder on 18 March 2021. The film is in Swedish with English subtitles.