The mark of a great film is when you swear fealty to the director, knowing that you will forevermore be a fan and follower of their work. I felt that way about Joko Anwar's Impetigore and was absolutely thrilled when I heard about his involvement in The Queen of Black Magic.

A Shudder Original, The Queen of Black Magic (original title Ratu Ilmu Hitam) is based on the classic 1981 Indonesian horror of the same name and was brought to life by two of Indonesia's modern masters of horror: director Kimo Stamboel and writer Joko Anwar. 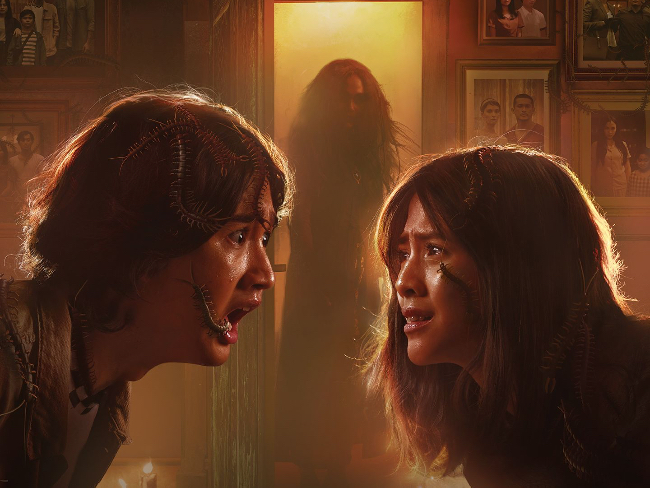 In modern day Indonesia, a family forego their usual vacation in Bali and head instead to the orphanage where their father Hanif (Ario Bayu, Impetigore) grew up along with his friends Jefri (Miller Khan) and Anton (Tanta Ginting). The man who raised them is dying and the men want to pay their respects. Soon Hanif, Jefri, Anton and their families will learn that the sins of the past will not remain buried and that someone wants them dead.

The Queen of Black Magic is breathtaking. There is so much story crammed into this film that the various threads tumbled around in my head for days afterwards; it shouldn't have worked but it did. Stamboel and Anwar managed to carefully craft together a complex supernatural horror with devastating references to childhood abandonment and abuse; in the hands of lesser filmmakers, this film might have collapsed under the weight of its themes but The Queen of Black Magic triumphed. 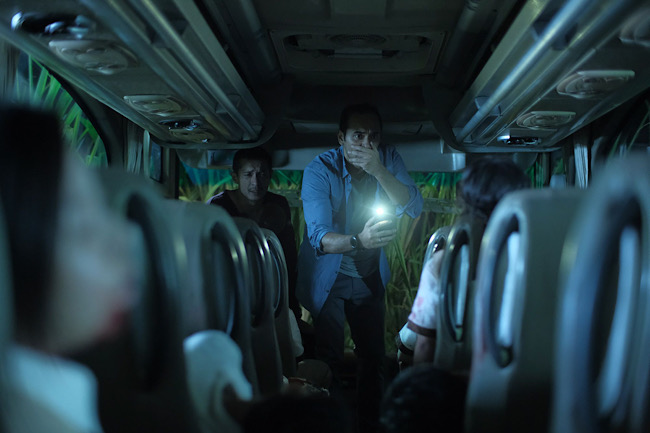 Horror isn't always monsters and gore, sometimes it is crafted from memories and pain. The Queen of Black Magic captured perfectly the horror of returning to an orphanage, illustrating the visceral, almost palpable feeling of desperation, despair and sadness, the trauma of being left behind and the fear of never escaping. It is a sad, heavy feeling, especially going back and realising you've been running on empty ever since, trying to escape those humble beginnings.

Deeper than that, The Queen of Black Magic tackles the devastating impacts of childhood sexual abuse, the children who are forced to be complicit in those events and the life sentence cast on the victims.

At no point do the filmmakers attempt to shy away from the weight of these themes. Instead they look to horror to paint a lurid visual picture of these events.

The Queen of Black Magic is a bug horror. I have a real-world phobia of cockroaches and Parktown prawns (think giant, blood-red king crickets), so I usually find it difficult to enjoy bug horror. Not here. This was some of the best bug horror I've ever seen, authentically produced and very creepy. Sure, I was cringing like hell and watching between my fingers but it was very well done and absolutely necessary in the telling of the tale.

It is also about voodoo and black magic. I won't give anything away, but that climax was terrifying, reminiscent of Dante's Inferno as hell rains down on earth. It could have gone any way really and I'm dying to discuss those scenes with others who've seen the film.

The Queen of Black Magic is a creepy, scary horror that blends bugs, voodoo and the horrors of childhood trauma to deliver a powerful and unexpected ending. The performances are superb across the cast, especially in the host of young actors. I give it a superb five out of five stars and recommend it to fans of Train to Busan and Satan's Slaves. I am definitely a fan of Joko Anwar now, and of Kimo Stamboel too.

A Shudder original, The Queen of Black Magic releases 28 January 2021 on Shudder US, Shudder UK, Shudder Canada and Shudder ANZ. 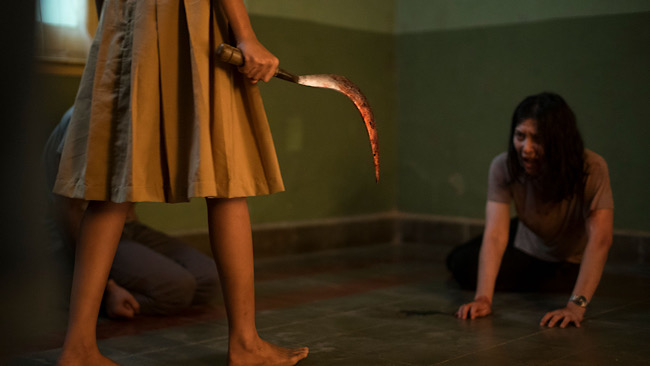 The Queen of Black Magic Trailer