Keep or Delete: What's On My Playlist - January 2021 #NewMusicAlert 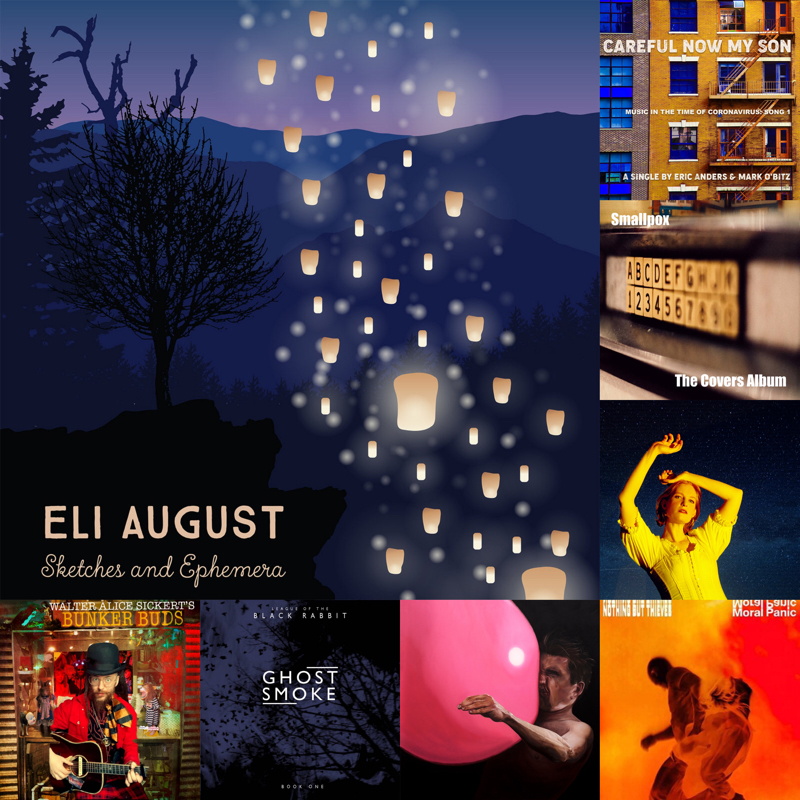 Back in November, I made an early New Year's resolution to discover new music. That's going really well and far exceeding my ability to write about it. I've realised how music consumption has changed since the 90s. It used to be that you bought an entire album for one track and the rest might or might not be good. (I lived in South Africa in those days; singles were rare and expensive, albums imported and astronomical in price). These days, you really get the chance to explore an album before committing to physical media.

In homage to the track from the criminally underrated band The Whip, I'm embarking on what I hope will be a monthly series in 2021 called Keep or Delete. The concept is simple, I'm looking for those albums and artists that are keepers, the ones that will make it onto my permanent playlist of new and new-to-me music.

I'll admit, it's entirely possible that I'm going to like any "Mad World" cover but this one is especially good. "Mad World" is the first single from Smallpox's The Covers Album which will be released on Dromedary Records. The band will releasing a new single every other week throughout 2021.

I'm always excited for new material from Mackenzie Shivers and Rejection Letter, Shivers’ third full length album, will be released on April 2nd, 2021. Martha's Vineyard is the first single from the new album - how beautiful is that cover?

I love ensemble bands with vagabond sounds and when Tom Quarrelle's sister recommended her brother's band to me, she was spot on. League of the Black Rabbit hail from Bristol and I absolutely love this debut EP. Definitely a keeper.

Eli August is another artist I'm always excited to hear new music from, I love his narrative songs and heartbreaking lyrics, not to mention his voice. Sketches and Ephemera is a collection of mostly solo tracks and has the most beautiful cover. My favourite tracks are "Couplet", Baltimore" and "Dust".

I think a lot of music coming out in the near future will focus on lockdown, coronavirus and loss, not to mention the dying days of Trump's reign of terror. "Careful Now My Son" is the first track from singer-songwriter Eric Anders and guitarist-composer Mark O'Bitz from their collection "music in the time of coronavirus".

The main reason for this project was to discover new indie and alternative music given that just about all I discovered in 2020 was prog house and trance albums to run to. I would be completely remiss if I didn't include this excellent album, follow up to 2017's equally brilliant #WhatWeDoAtNight. If the last time you listened to Blank & Jones was 1999, definitely give this album a listen. Oh, and it's great to run to.

New to me music

IDLES were probably my biggest discovery in 2020 and I told anyone who'd listen that they needed to get their hands on Joy as an Act of Resistance. I love this post-punk band with their very noisy tracks and anarchic lyrics. Ultra Mono released in September and it is 12 non-stop bangers. "Ne Touche Pas Moi" needs to become the women's festival anthem. Just don't f-ing touch me!

Moral Panic - Nothing But Thieves

I'm not the biggest radio listener but that's become even more pronounced since I broke up with Radio X when they had a mid-life crisis in 2015 and became decidedly lad-centric. My other half still listens to Radio X - he is in their target demographic after all - and I'd heard them harping on about Nothing But Thieves in their 700 ad breaks an hour. Sadly, it took me way too long to check Nothing But Thieves out but I absolutely love Moral Panic, released in October 2020. My favourite track is Phobia but really, the whole album is brilliant to listen to on repeat, along with both Royal Blood albums.

Remember how I said I love ensemble bands with a vagabond sound? I love Walter Sickert & The Army of Broken Toys and Soft Time Traveler is one of my favourite albums (check out "Pornival"). The band have a distinctive 'steamcrunk' sound and ring leader Walter Sickert brought out a lockdown album in May. It's a remarkable snapshot of a very weird period in time and was written and recorded in a 24 hour time-span on the 29th and 30th of April 2020 for the RPM Challenge.

Subscribe to the Keep or Delete playlist. I'll be adding more tracks every 4-6 weeks.

What are your discoveries of 2021 so far? Check out my review policy if you'd like me to listen to your track.