NOS4A2 was brilliant this week and despite the hype over last week's "Bruce Wayne McQueen", I think this week is the more thrilling episode. Not even a minute into "The Hourglass" Jonathan Beckett (Paul Schneider) has his clutches in Dr Gregory. Ultimately, it is Maggie Leigh who puts herself in the most danger this week but leave your expectations at the door because there are two very unexpected outcomes (which I will not spoil, so carry on reading). 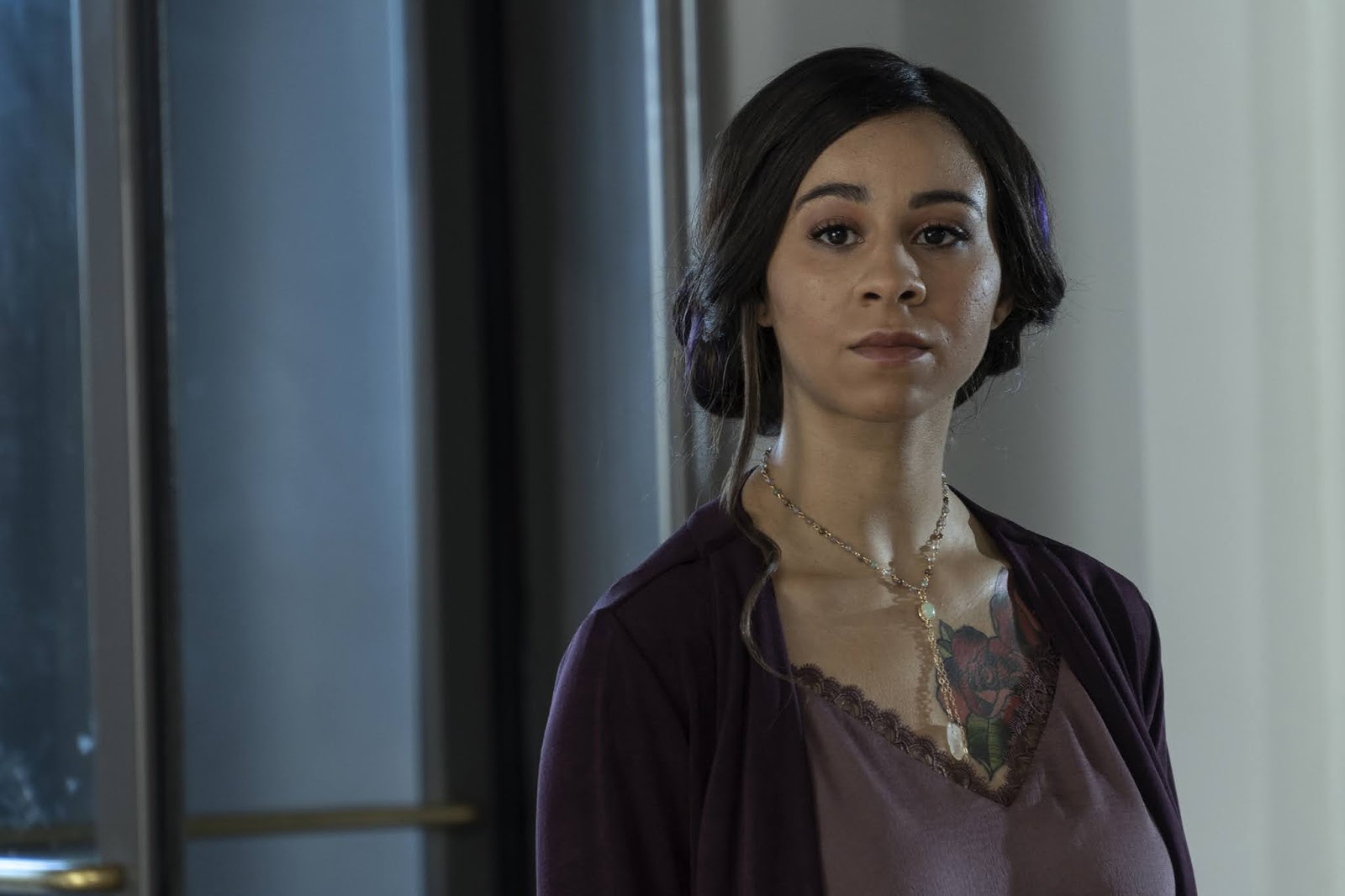 Aside from the Unexpected Outcomes Which Shall Remain Unmentioned, there is, as always in season 2, a lot of focus on the characters and how different they are eight years after the first season.

Virginia Kull is still billed as Linda McQueen but we learn that it's McNulty now. Linda is doing a good job of pretending to be a good person but for a moment there is a serious risk that her good intentions might result in them losing Wayne.

Linda: "We are Americans, okay? My husband works for the postal service. I go to church. Do better!"

I hesitated to write about Craig on a supposedly spoiler-free review but what the heck, you'll see Dalton Harrod on the cast list anyway. I was not a fan of Craig at all (creepy boy takes advantage of best friend vibes, anyone?) but he's back and I've never been happier to see him!

I'm hoping we see a lot more of Craig in the episodes to come for the fate of the McQueens might rest on his charred shoulders.

Maggie is spot on when she intuits the true threat facing the McQueens; she absolutely makes a great amateur sleuth and partner for Agent Hutter. 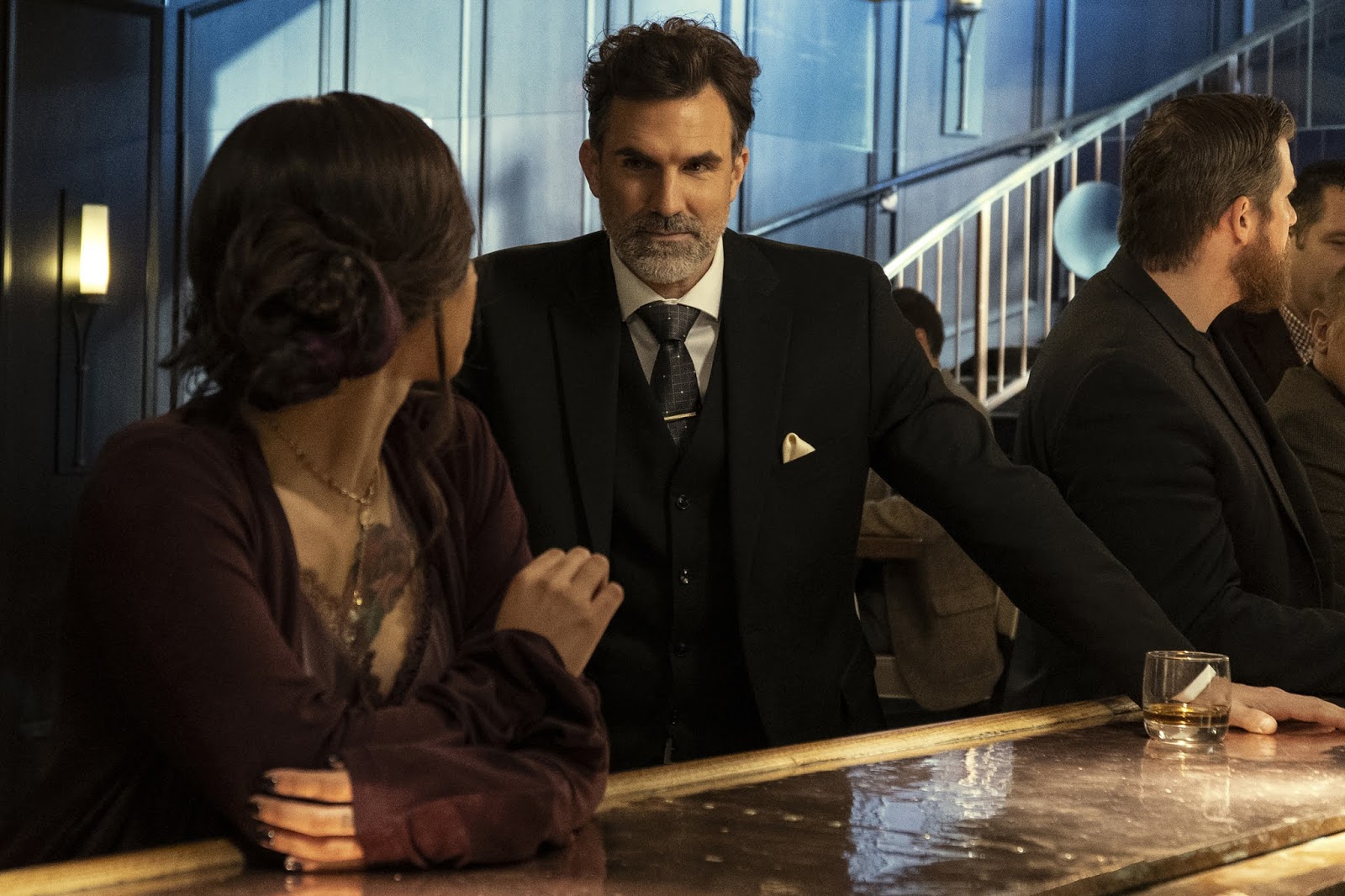 Maggie tracks The Hourglass down to The Providence Hotel and they both clock each other immediately from across the room.

Hourglass: "I have a rule not to let a beautiful woman buy herself a drink"
Maggie: "That's funny. I have a rule to not let a man do anything for me"

We learn that The Hourglass's cost is his memory, which is very interesting, and Maggie begins a dance with the devil. The Hourglass makes Maggie an offer she can barely refuse - so tempting but so dangerous. Just when you're beginning to wonder whether Maggie is brave or very reckless, "The Hourglass" delivers the first very unexpected outcome.

No week can go by without a bit of Lou Carmody (Jonathan Langdon) appreciation. He really is the best.

Lou: "Baby, I'm the best mechanic west of the Rocky Mountains. I can fix this bike".

The second unexpected outcome arrives right at the end of the episode. I can't talk about that but I can tell you that according to Screen Rant, while he didn't exist in the novel NOS4A2, The Hourglass was created especially for the TV show by author Joe Hill. There is also a very subtle hint that there may be a third season in the article. I'm not sure how I feel about this to be honest, I love this show but I'd love to get that rare moment of closure that comes with a show properly wrapping up before they're cancelled.