There is a magical world that children can escape to when middle school gets to be too much to handle and they have problems making friends. A world of adventure and happiness, friends and allies, all you need is an imagination. In Believe, debut novel by Julie Mathison, eleven-year-old Melanie is one such believer, a bullied child going through a rough patch and one in desperate need of a friend. 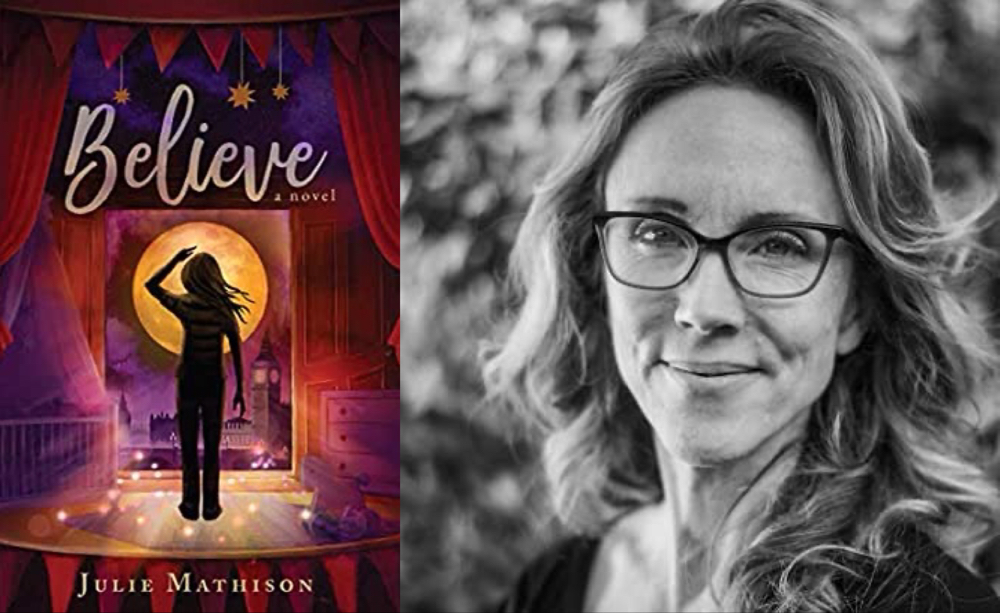 Things start looking up when Melanie meets Sabrina and she even lands the role as Peter Pan in her school play. The only problem? Melanie's mother is missing, possibly involved in a fight to bring down the mob, and Melanie misses her dearly.

Believe is an enchanting story about grief, friendship and trust. Set in 1980, it harks back to a simpler time before the advent of technology and when the original Charlie's Angels was on TV.

There are twists in Believe and I somehow guessed both of them in the opening paragraphs. I'm not sure that early middle-graders would though which would make the reveals especially interesting and will generate a lot of conversation on the issues addressed. The final reveal was very well done indeed.

My main criticism of Believe would be the quotes of Peter Pan throughout the novel. I've always been a fan of Peter Pan and Melanie's experience playing Peter is integral to her development throughout the story. However, Peter Pan is a play marred by racism and from the quotes used I deduce that the children are performing the original, unabridged stage version.

This would have been absolutely normal in 1980 when the book was set (and Melanie does reflect on how uncomfortable some of the terms make her feel) but there are references to 'Indians' and 'natives' throughout the book and Melanie goes on to use the term 'pygmy' in a story which is an equally racist term.

The author has responded to feedback from ARC readers and edited certain passages in the book including a passage using ableist language. Mathison notes that she has attempted to encourage “discussion with kids about the impact of our historical use of derogatory language and depictions in public discourse” but ultimately I feel there was insufficient analysis of the racist terminology common in the era in which it was set. I give Believe an okay three out of five stars and recommend that parents and teachers engage in deeper discussions on the racist language present in the book.

I received an advanced copy of this novel on Netgalley and edited this review based on alterations made in the final copy, based on the author's response to initial criticism.