We're at the midway mark in NOS4A2's second season and things are getting hectic at the Lake House. Not surprisingly given the name of the episode, this week is all about "Bruce Wayne McQueen". As Vic (Ashleigh Cummings) races against time to reach the Lake House, Chris McQueen (Eben Moss-Bachrach) and Lou Carmody (Jonathan Langdon) do everything they can to protect Wayne (Jason David). The thing is, given everything he sees in this episode, the damage may have already been done. 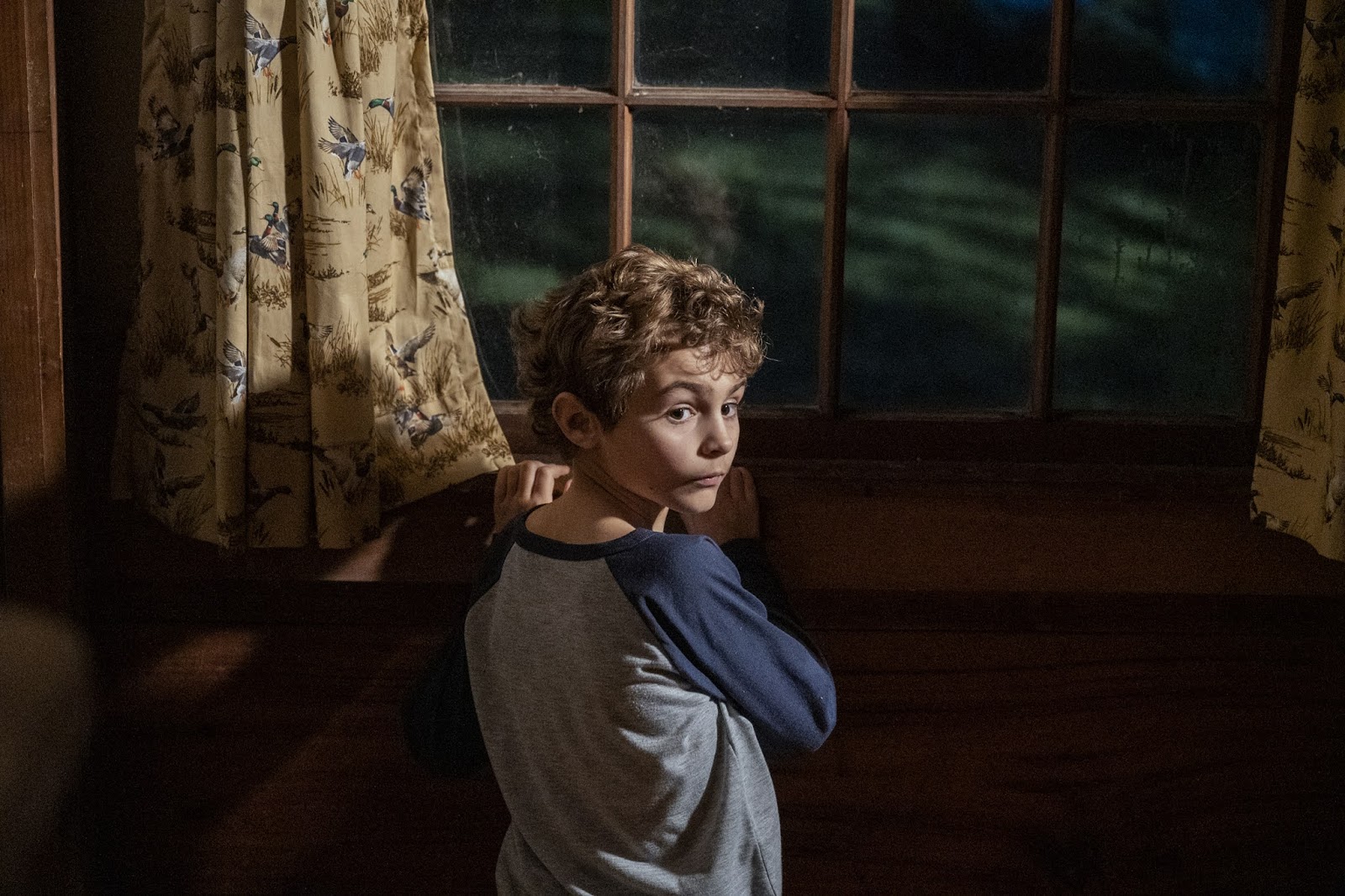 "Bruce Wayne McQueen" is riveting, edge-of-your-seat viewing. There was more than one occasion where I screamed out loud at the TV, as the stakes are higher than ever before. The story is told in alternating viewpoints between Wayne and Vic which completely ratchets up the tension, making this an incredibly nail-biting experience.

It's also impossible to say anything at all about the events of this episode without spoiling the whole thing, so I'm going to talk around it in a non-spoilery way instead and discuss where we are with the characters.

I think I've said this every week this season. Lou is the best dad ever and one of the only beacons of light in this episode. Surely Manx's plot won't work if he tries to snare a child who is so entirely loved? (Cue narrator lamenting on how naive I am and how this isn't Harry Potter). I remain thrilled that Chris McQueen has redeemed himself so completely and reclaimed his original position as one of my favourite characters in this show.

Is Jonathan 'The Hourglass' Beckett (Paul Schneider) the most chilling character ever? How powerful is he? Step aside Charlie Manx, this guy is the real villain! I hope we get to know more about this character, his motivations and his backstory because The Hourglass has the potential to be a very interesting creative, if only we get to know him better. Next week's episode is called "The Hourglass", so hopefully I'll get my wish.

Ólafur Darri Ólafsson deserves all the awards for his portrayal of Bing, one of the most dastardly and cowardly characters to ever grace the small screen. He's not Joffrey Baratheon levels of evil, but more the type to make you vomit in your mouth a little and want to wash your hands after seeing him. I very much look forward to the day when Bing gets his comeuppance.

Manx (Zachary Quinto) goes all out The Handmaids Tale on Vic in this episode, lamenting on how such a wicked woman doesn't deserve to be a mother. (Oh yeah, how about how one man's vanity complex causes him to consume the souls of young, innocent children?) Maybe he could find a partner in Aunt Lydia? He'd definitely deserve that. 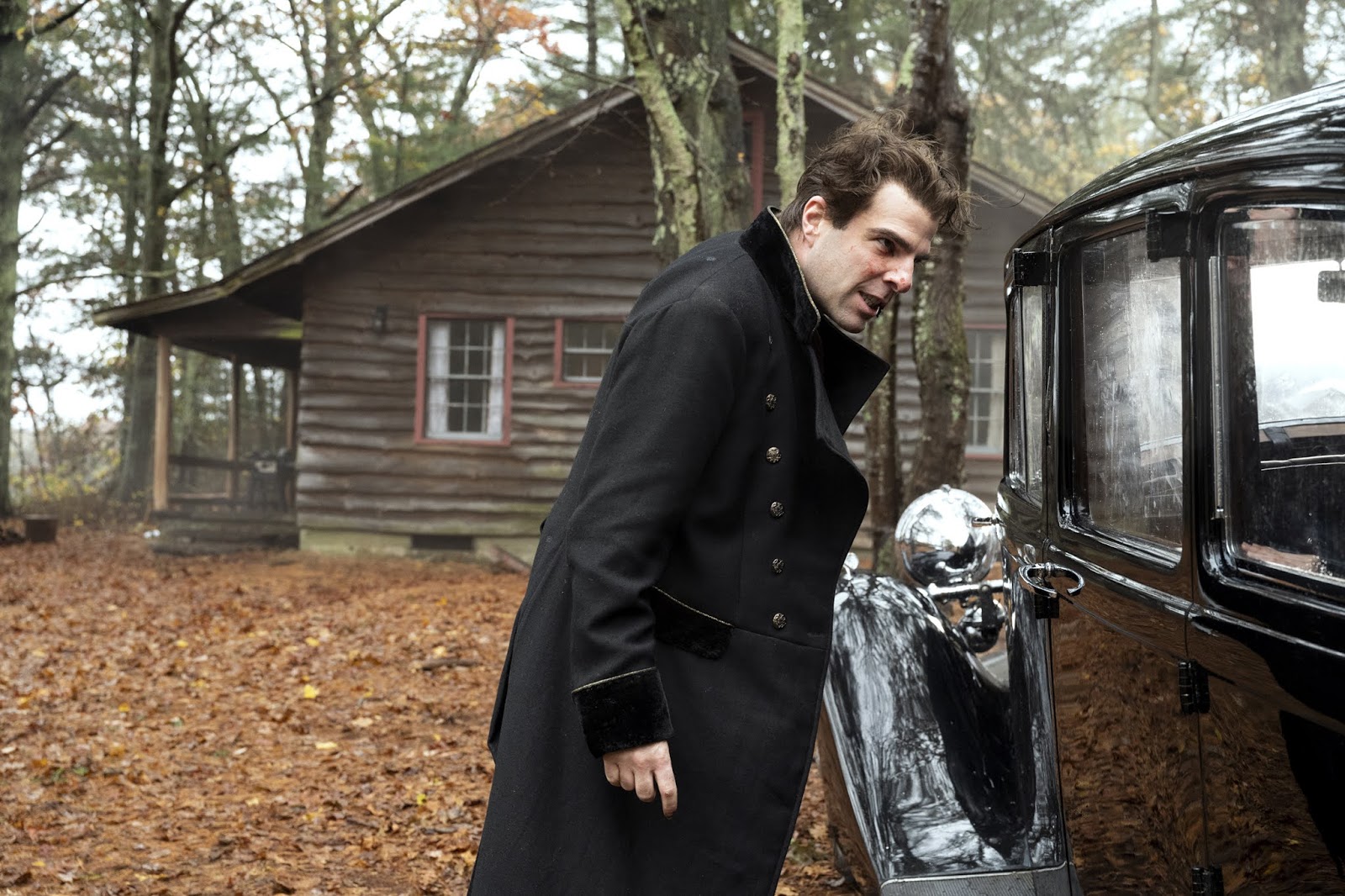 One can't help but wonder about Manx's continued use of Bing. Manx makes it clear that Bing will become the next feast in Christmasland but surely his association with this flawed, disgusting character makes him as bad as the people he deigns to judge. Then again, Manx never had a moral leg to stand on, forever acting out on his eternal sense of inadequacy and petty revenge.

Yes, this episode inspired some strong emotions. All of this is just my way of saying the events in this episode are pretty dire and I don't know if there is any way back from this, there hasn't been before. It's left me pretty broken and apprehensive for the remainder of the season. Bring it on team NOS4A2!