NOS4A2 returns this week with "Good Father" and it's all about Charlie Manx (Zachary Quinto). In this episode, we learn Manx's origin story and why he chose to become the monster he is. 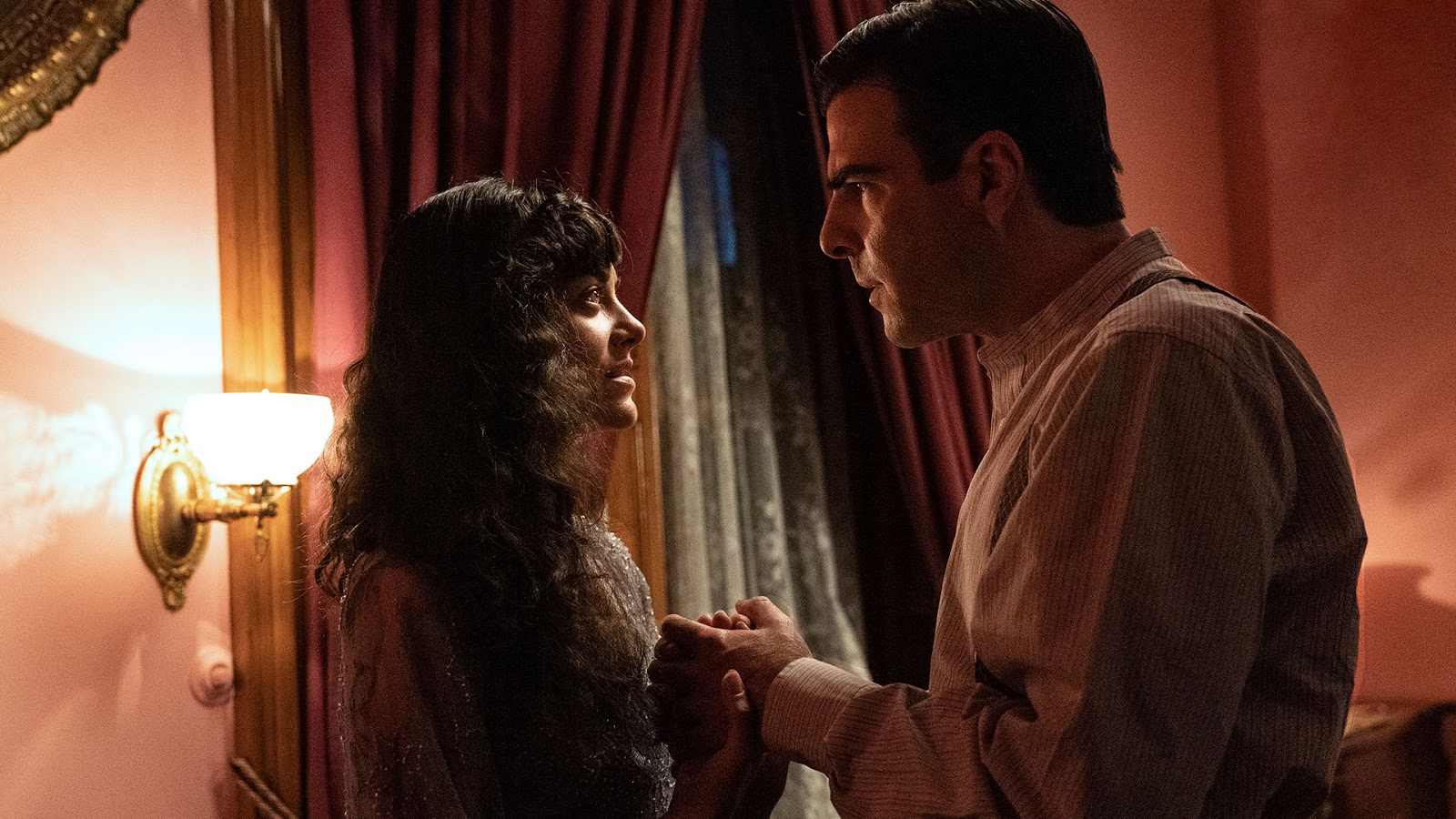 Depression-era America. We gain a glimpse into Manx's past, his marriage to Miss Cassie (Celeste Arias), and his likeness to Nosferatu. It appears Cassie may be a princess, if only in her father's eyes, and Manx is climbing the ranks from chauffeur to would-be royal interloper.

Cassie's father does not like Manx one bit. I do love characters who see straight through him.

"The only Manx I know is a breed of cat that has no tail and I can't say I care for that. What is your tale?" - Father Haber

Haber is not wrong about Manx. He's an incorrigible dreamer who thinks people can subsist on dreams, not food and milk. But that's the point, isn't it? In Christmasland, Charlie does indeed create an Inscape where all of the kids let down by their parents can subsist on his creative brilliance alone.

We meet a decidedly less creepy Millie Manx (Mattea Conforti) in "Good Father", but oh, scrap that. It isn't long before we witness the creation of Christmasland and the birth of the monstrosity that is Millie Manx. With some insight into Millie's utter callousness, we have to wonder how wise Charlie is being in breaking promises to her. Never underestimate the original demon child.

"Good Father" is a fantastic episode and sets out what is really at stake for Charlie Manx. His encounter with Wayne McQueen (Jason David) is terrifying but I think (or desperately, feverishly hope) that Manx might have met his match in (Bruce) Wayne McQueen.

NOS4A2 returns next week with "The Night Road". You can catch NOS4A2 on AMC and BBC America (US) with new episodes added every Sunday and AMC UK (BT TV 332) from Thursday 2 July.