It seems strange that Robin Talley's new YA novel is being called 'historical fiction' because the 1970s don't seem all that long ago but it reminds us that LGBTIA rights were only won recently in many countries and the fight still continues in others. Music From Another World is set in California in the heady days of the late 1970s. Harvey Milk is running for election to the San Francisco Board of Supervisors while individuals like Anita Bryant and John Briggs seek to deprive gays and lesbians of their freedom from discrimination. 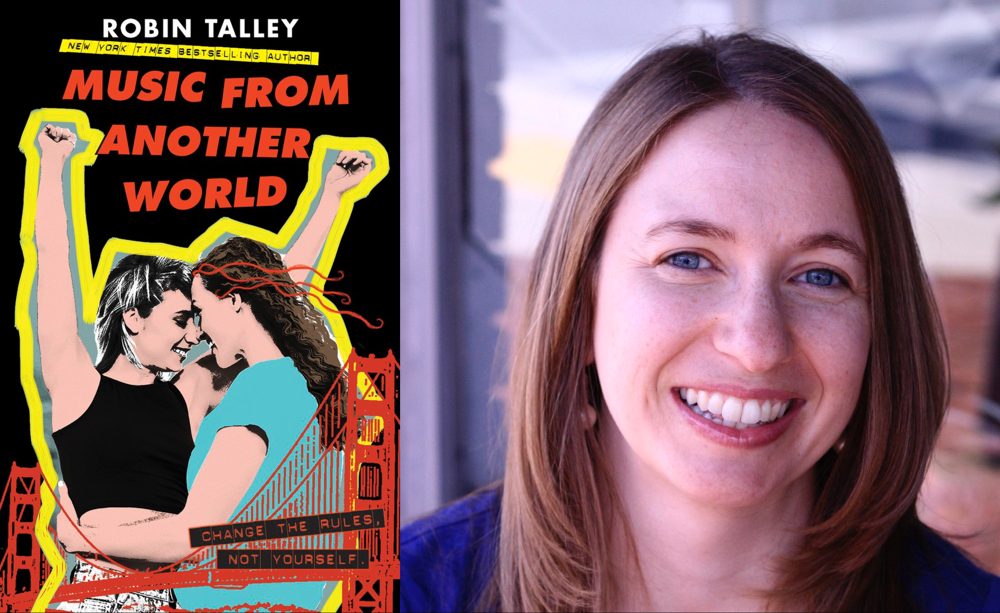 Two seventeen-year-old girls are connected through a Christian pen pal project. Tammy knows she is gay and knows she can never tell anyone, choosing instead to confide in unsent letters to Harvey Milk. Sharon has a secret too but it's not her own. Her brother is gay and she knows that she has to protect him in the current hostile climate.

Against a backdrop of political activism, emerging feminism and excellent punk music, Tammy and Sharon begin to forge a friendship that will change both their lives forever.

Music From Another World is an absolute tour de force and a triumph of a historical novel. It brings to life the late 1970s, especially the music and the fight for equal rights. It reminded me of the fight against Apartheid in Johannesburg in the early 1990s; just like we had political refugees in the city for political reasons, young people were travelling to places like San Francisco in the 1970s because they were simply safer. And just like we had rallies and protests against Apartheid, often at our own peril (and with copious amounts of tear gas), the characters in Music From Another World attend Harvey Milk rallies and protest against Prop6 in an environment of constant threats and persecution.

There was so much to love about Music From Another World. It was interesting to see how Tammy and Sharon slowly begin to trust each other, to stand up for their beliefs and to overcome very real doubts and fears. One of the most interesting aspects of the novel was how we come to know each of the girls first through how they view themselves and later through how others see them. It was a fascinating juxtaposition and character study.

Music From Another World is perfectly placed as a historical novel for it deals with issues that are as pertinent today as they were 40 years ago. Homosexuality is still illegal in many countries while many otherwise progressive countries continue to ban same-sex marriage. As such, this book would be a great starting point for discussions about the fight for equal rights.

I've touched briefly on the music throughout this review but need to stress it more. With a tag line of "start dancing to your own beat", Music From Another World is all about the music. From Patti Smith, X-Ray Spex and Avengers to Iggy Pop and David Bowie, this the kind of book that is absolutely begging for a playlist so I've made one on Spotify: Music From Another World playlist.

For bringing the fight for gay rights in the 1970s to life and for featuring an excellent soundtrack, I give Music From Another World a superb five out of five stars and recommend to all fans of superior historical young adult fiction.