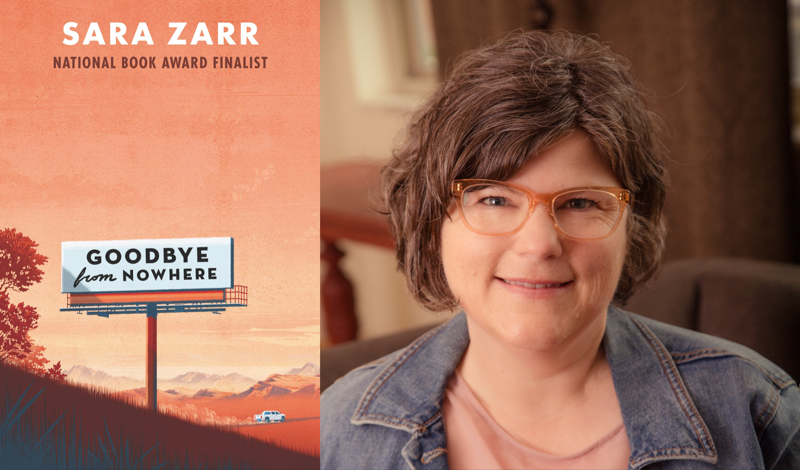 Oh. Have you ever picked up a book, highly recommended by everybody, and you just didn't like it? Actually, that's not really accurate, I liked a lot about Sara Zarr's Goodbye from Nowhere but there was a lot I didn't like about it and I was seriously considering not finishing it at one point.

Goodbye from Nowhere starts on Thanksgiving with Kyle at his family farm Nowhere with his huge family. He's invited a girl, Nadia and he really likes her.

Then he finds out his mother is having an affair and somehow manages to make it all about him while ghosting Nadia completely, as if it is her problem. When Nadia (understandably) moves on, he manages to make that all about him too, while failing to understand that he effectively moved on too while he was crushing over his first cousin Emily the whole time.

Goodbye from Nowhere is one of those books that reminds me how it is so much easier to forgive horrible characters in television and film. Kyle would have been hot in the screen version, obviously, and you'd find yourself relating to him - to his gestures and mannerisms - despite yourself. You'd maybe even like him a bit and probably start to hate Nadia who never, ever did anything wrong. Reading this as a novel, however, meant that I didn't like Kyle at all and definitely shared Nadia's bewilderment.

If you've ever had the disconcerting feeling of joining a huge family for a big event and spent the whole time trying to tell them apart, remember their names and figure out how they all fit together, you'll relate a lot to Goodbye from Nowhere.

There are so many characters and while I felt for the nostalgia of it all, I just couldn't get over Kyle's narcissism and his creepy crushing on Emily. For teenage girls, life is littered with enough people-who-we-thought-were-friends lusting after us, it's just too much to add first-cousins-who-we-trusted-with-our-lives to that mix.

I give Goodbye from Nowhere a disappointing three out of five stars. It's not so bad it deserves a lower rating and I'm conscious that hating a story or its character isn't a good reason to rate a book down but I didn't enjoy it.