Love on the New York subway: This Train Is Being Held by Ismée Williams ★★★★☆ 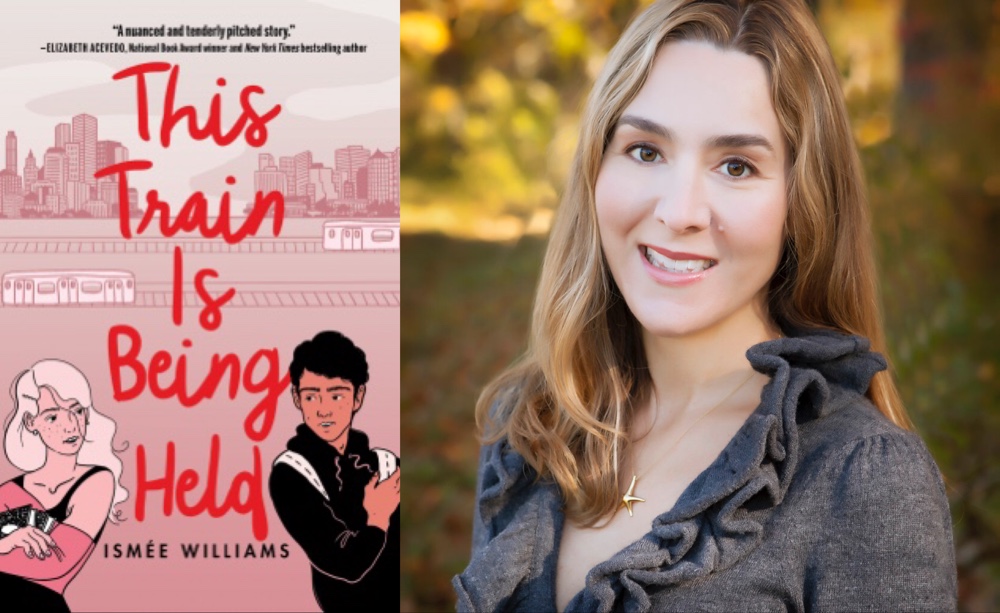 Of all the loves I have, New York City and trains are amongst my most enduring. When I heard about This Train Is Being Held by Ismée Williams, a story about chance encounters on the New York subway, I knew I had to read it.

What attracted me the most was the promise of a character-driven story about two Latino teens whose lives couldn't be more different. Living in an exclusive Upper East Side apartment and attending private school, Isa wants nothing more than to be a ballet dancer but her Havana-born mother wants Isa to become a doctor. She certainly doesn't want her blonde-haired, light-skinned daughter dating Latino boys.

Alex is an extremely talented Dominican-American baseball player. His parents have long split up and all his father cares about is Alex going pro. While that would certainly solve his family's financial woes, it isn't what Alex wants to do. He has a secret talent and wants to be a poet.

When Isa and Alex meet on the downtown 1 train, they can't help noticing each other. Isa remembers Alex's green eyes and good manners, while Alex notices Isa's easy rich-kid confidence. Over the course of the next three years, their encounters increase until they are irrevocably drawn into each other's lives.

Wait, what? Three years? This Train Is Being Held is a massive slow-burn of a book. There were so many times that I almost gave up on this novel because it moves very slowly - exactly as you'd imagine chance encounters on a train to move - and for the longest time it just felt like a romance but it is so much more.

For the patient ones who stick with this book, and I do recommend that you do, there is the reward of an incredibly rich tapestry of themes. Alex's story focuses on racism, the prejudice he encounters because of his dark skin and the ever-present scourge of gangs. He dreams of being better, achieving at sport and becoming something but he wants to become something else too, a writer and a dreamer.

Isa has a rich, spoiled and privileged background but she wants to be a dancer and sticks to that dream despite the extremely challenging events in the book and the devastating impact of bipolar disorder on her family.

The hardest thing about This Train Is Being Held was how much Isa and Alex pushed each other away to deal with stuff that should have been shared. It was also very realistic and indicative of life in the digital age. It is so easy to ghost and block people when living in a city of millions of people but sometimes you need to let people in.

Ultimately, I loved so much about This Train Is Being Held. I loved the New York setting and want to go back so badly now. The fact that most of the story took place on trains also made the trainspotter in me extremely happy.

I tore through those last pages, holding my breath with my heart pounding out of my chest. Despite initially moving slower than a train at a red-signal, I give This Train Is Being Held an excellent four out of five stars and recommend to readers seeking diverse voices and explorations of themes such as mental illness and racism.

This Train Is Being Held is published by Amulet Books and will be released on 11 February 2020.