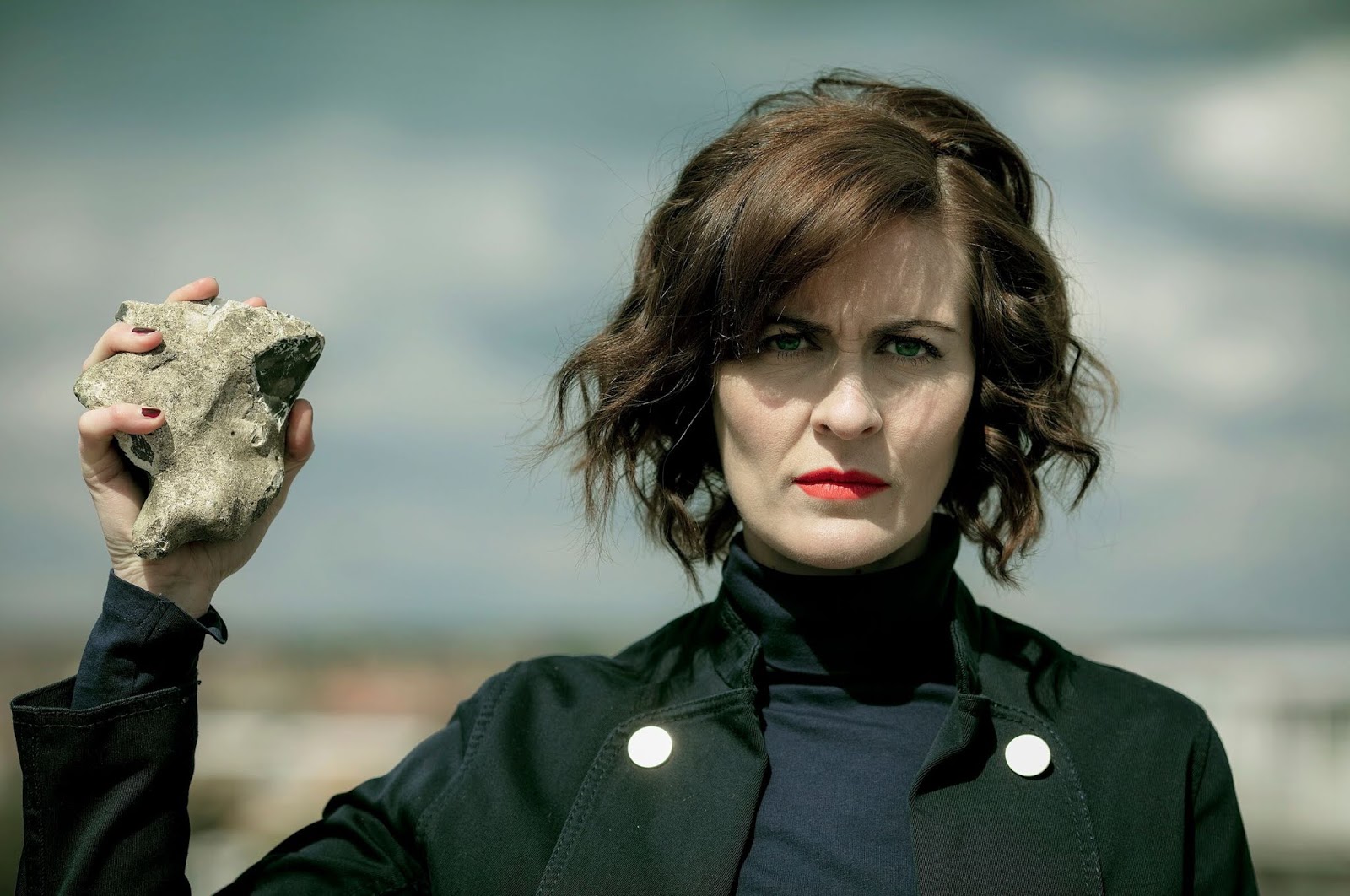 Oh, oh, oh! I'm notorious for not having a sense of humour; as a general rule, if people are raving about how hilarious something is, I'm just not going to get it. Which begs the question of why I even try but I live in hope that I'll discover that elusive gem which will appeal to my particular brand of humour. British, independent, suitably irreverent and very dark, A Serial Killer's Guide to Life might just be the one.

Laurence Olivier Award winner Katie Brayben is Lou Farnt, a self-help addict determined to make something of herself and become the person she's always wanted to be. She wants to escape her despicable mother and leave her dead-end town where everybody is equally awful. 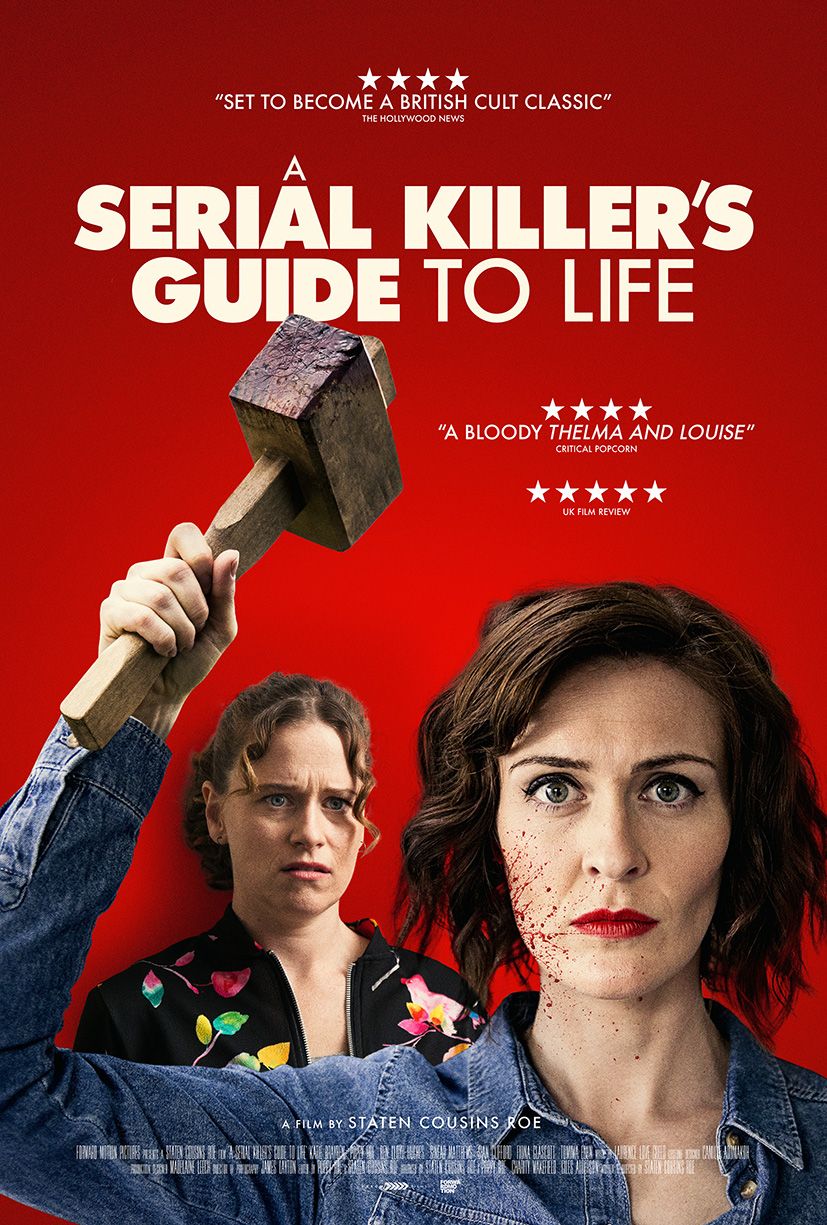 Everything starts to come together when she meets life coach Val Stone (Poppy Roe). Lou is dazzled by Val's confidence and sophistication and jumps at the chance to go on a road trip in search of inner serenity with her new heroine. The only problem is, Val is slightly unhinged and there might just be a serial killer in their midst. Then again, is it really murder if it's justified? I've never seen a more deserving set of victims get what's coming to them.

A Serial Killer's Guide to Life made me giggle like a girl. It definitely has enough blood and gore to qualify as a horror but most importantly, it's a lot of fun and it's got an absolutely killer twist at the end. It reminded me of a funnier Thelma and Louise with far less Brad Pitt but sufficient snark so that you don't feel his absence too acutely.

Written and directed by Staten Cousins-Roe, A Serial Killer's Guide to Life was created thanks to a successful Kickstarter campaign and filmed on a tiny budget of £30,000. This is surprising because nothing about this film screamed low budget at all; it's pretty flawless.

My favourite part of the film was Laurence Love Greed's score, especially "The Killing Montage" which had me rushing for Shazam. I was absolutely thrilled to discover that they'll be releasing the full score on 20 January which you can pre-order on Apple Music. 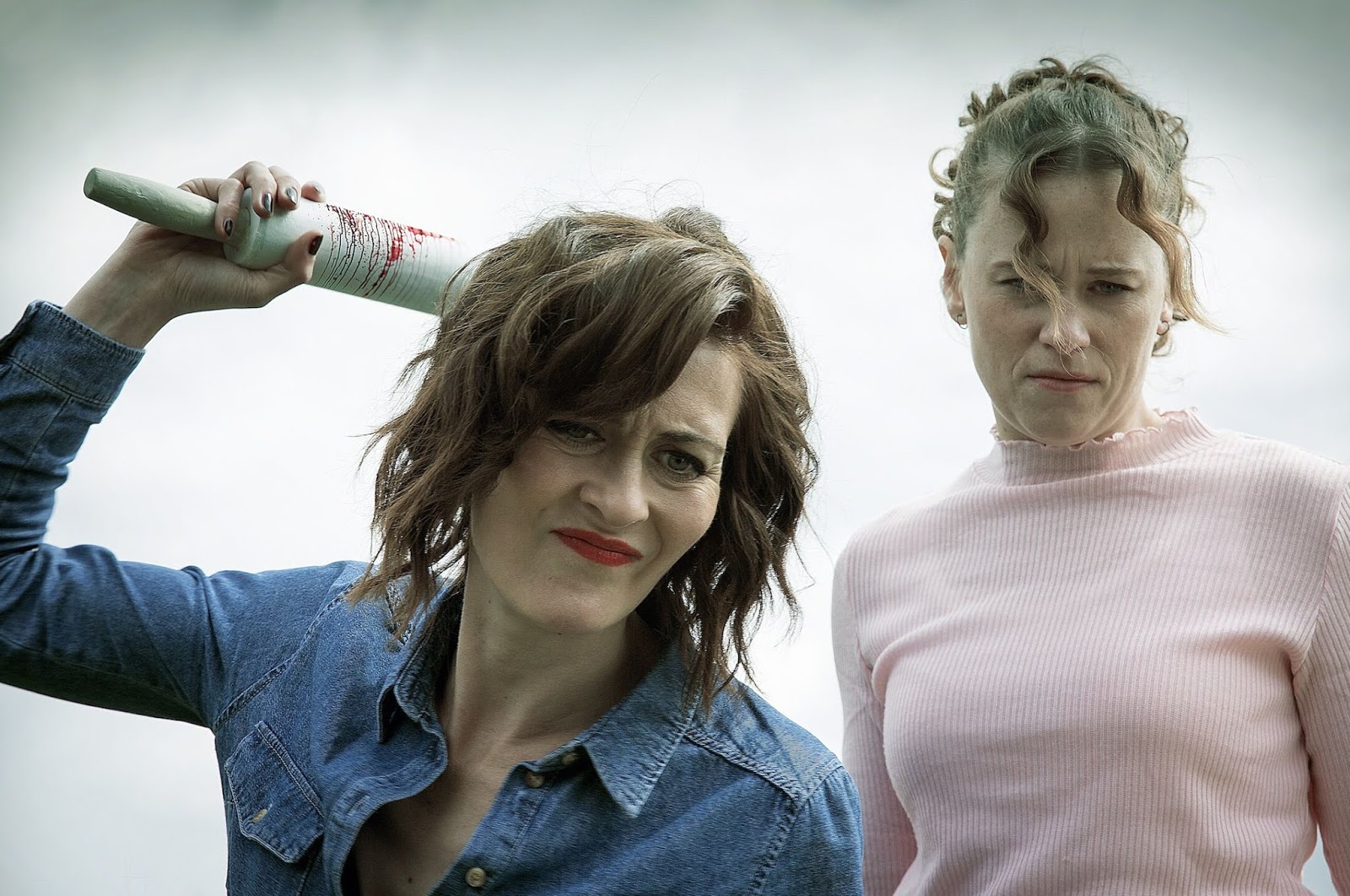 With excellent acting from Katie Brayben and Poppy Roe, murderously dark comedy and that killer twist, I give A Serial Killer's Guide to Life a superb five out of five stars. I'd recommend to fans of independent British horror and predict this will become a cult classic. In fact, I might just shelve it next to my favourite cult British comedy-horror, Bloodbath at the House of Death.

A Serial Killer's Guide to Life will be available on iTunes / Apple TV, Amazon Prime Video and all other UK, US and Canadian digital platforms from 13th January 2020.