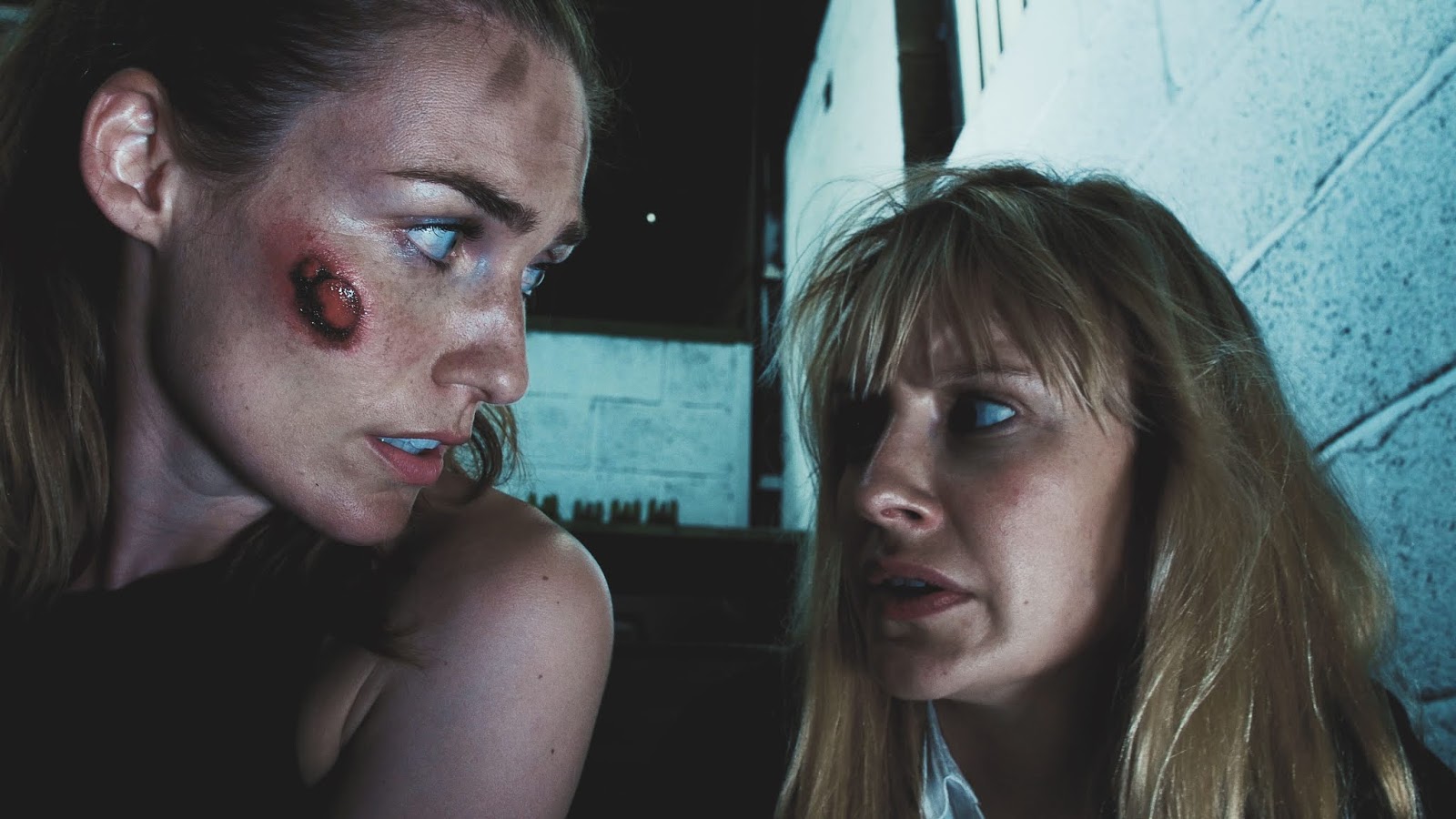 There can be no greater horror; a new mum steps away from her newborn baby for just a moment to buy her medicine when suddenly she is abducted. Knowing that she needs to get back to her sick child and that time is running out, her trials are just beginning when she finds herself locked in an abandoned warehouse with an unseen terror and other abducted girls.

Directed and written by Justin Edgar, Stalked is an edge-of-the-seat thriller that scared the crap out of me on more than one occasion. It's one thing to have jumps and scares on screen but there is something about a threat that you can't see that pushed me over the limit. In fact, I was heavily triggered by memories of Barbara Hershey's The Entity which pretty much ruined my day as a nine-year-old child. (Don't go judging my parents, I was a very determined and resourceful horror fan, even then).

Rebecca Rogers is Sam, increasingly desperate mum and former Royal Marine Commando. While she can't see her captors nor understand their motives, they might just have picked the wrong woman to mess with. Rebecca Rogers's performance is flawless - my mind was blown by the choreography in the fight scenes where Sam is fighting her unseen assailant and Rogers is therefore getting thrown about by something that clearly isn't there. It was pretty impressive. 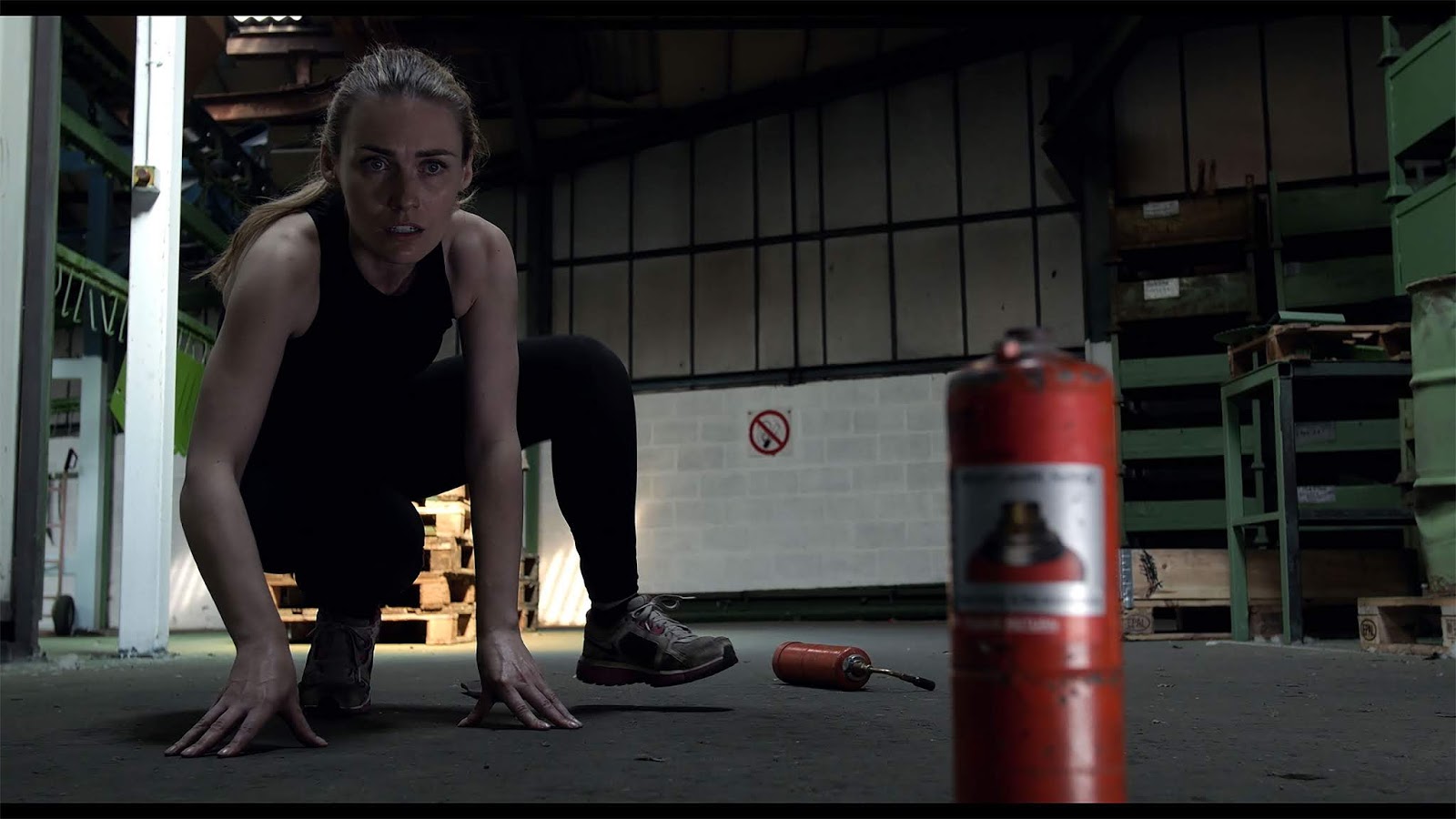 Violent and often gory, Stalked manages to steer away from the classic horror trope of fetishising female victims by virtue of Sam's incredible form and military training. She might find herself in circumstances against her will but she's not going down without doing some serious damage first.

I'm always thrilled when horror films manage to squeeze in a plot along with good acting and decent scares and while simple, the plot in Stalked is disturbingly plausible. Although, I have to admit, I never did figure out what the 'game' was meant to be, what with Sam refusing to lay down and acquiesce.

There was something about the factory in which most of the film takes place that continued to play on my mind after viewing. Remote and claustrophobic, its chains, hooks, parts and tools provided many a chance for jump scares and despite the vastness of the space, somehow managed to feel claustrophobic. 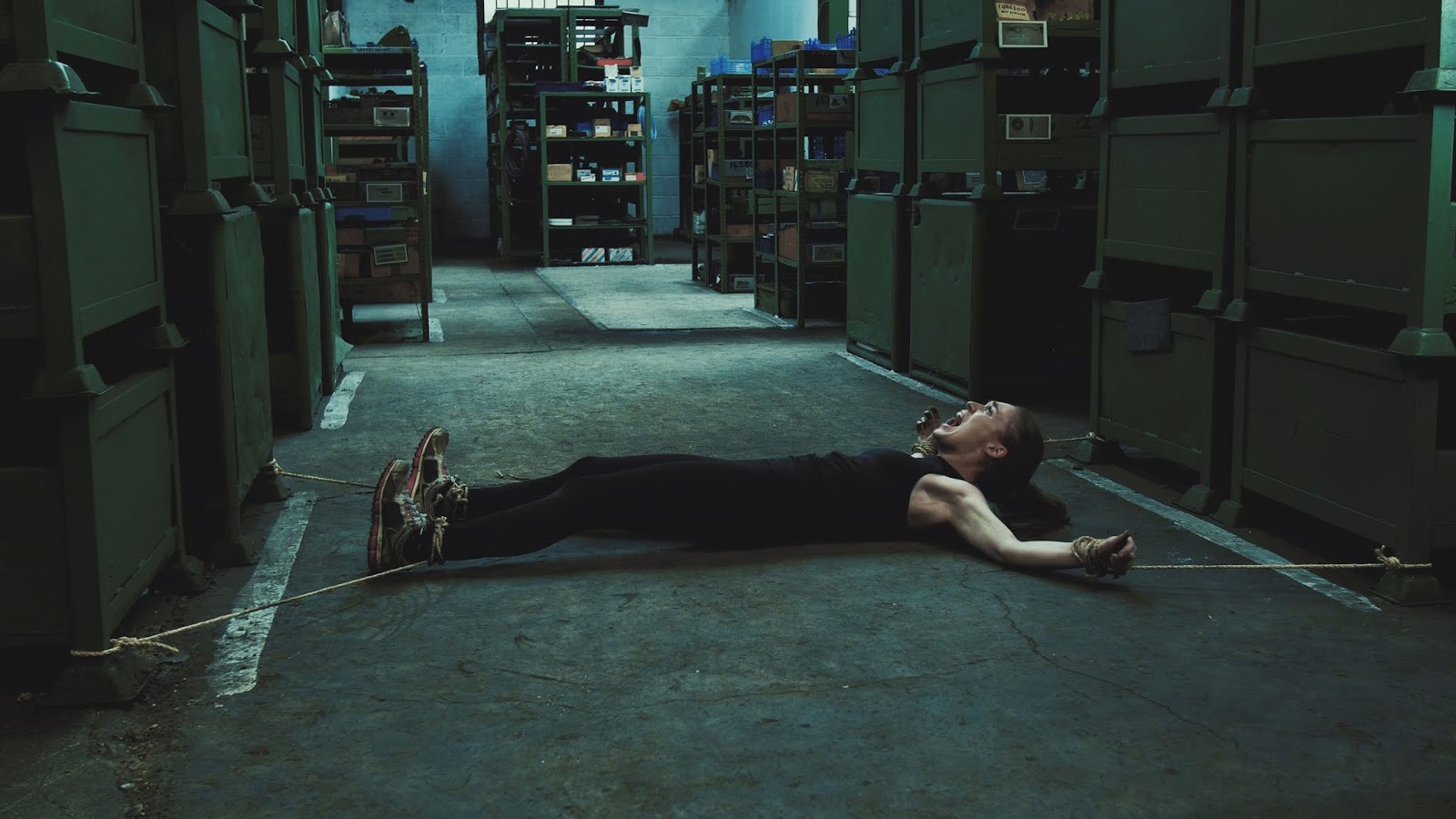 And just when you think you've got it all figured out, there is quite a twist at the end. Very nicely executed. 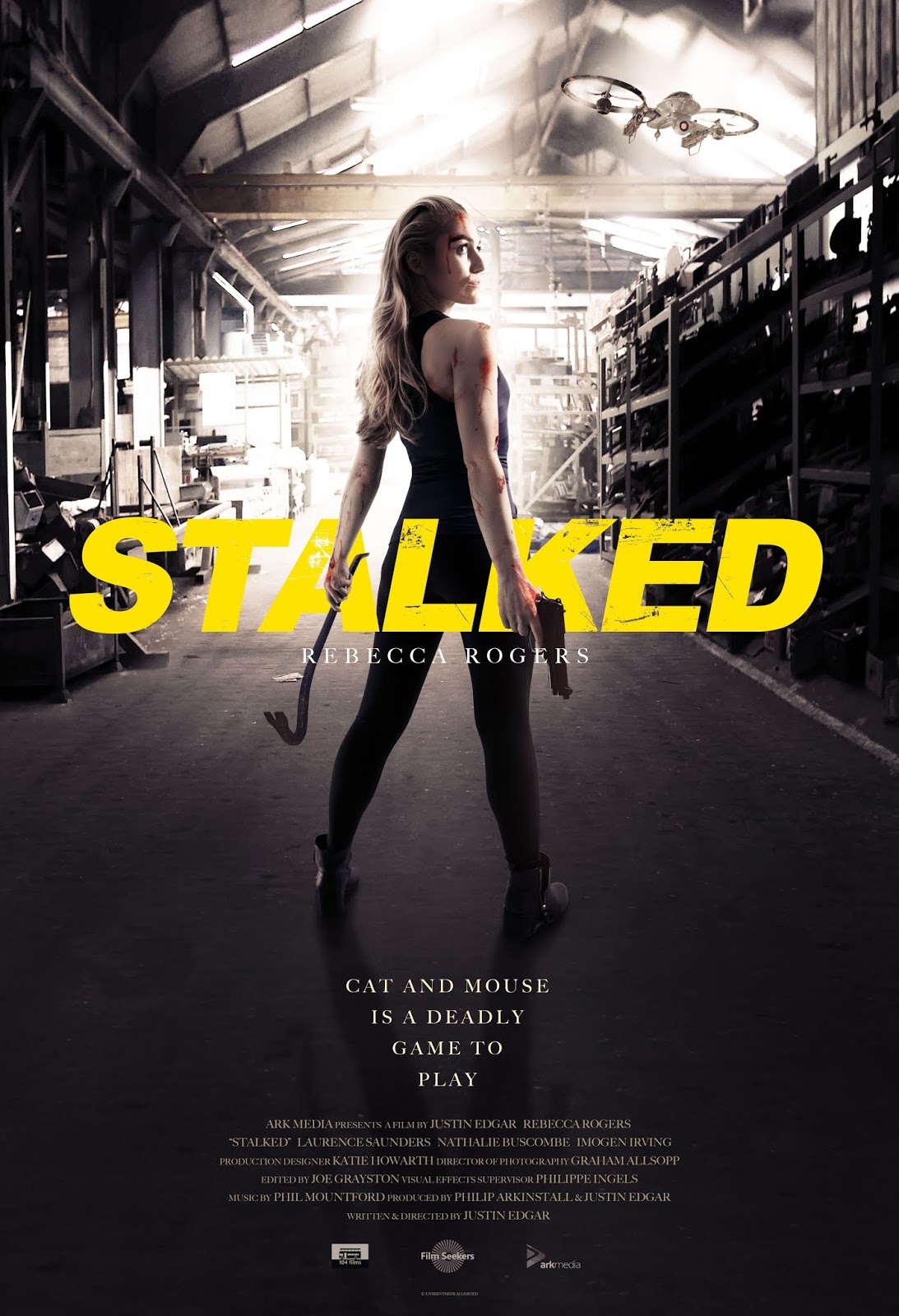 I thoroughly enjoyed Stalked and give it an excellent four out of five stars. I recommend to fans of abduction horrors with a strong female lead.

Stalked featured in the official selection for Frightfest Film Festival 2019 and its star Rebecca Rogers was nominated for the Screen Rising Genre Star Award.

It is out on iTunes and the following VOD platforms: Sky Store | Virgin Media | Apple TV | Google Play | Amazon | YouTube