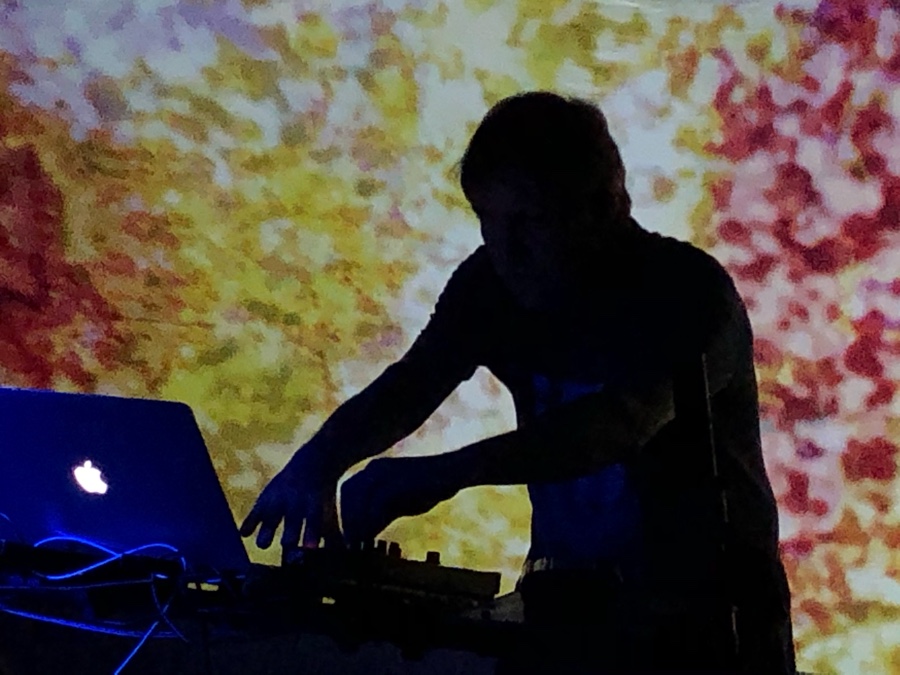 I discovered Banco de Gaia in January 1996. This is significant for two reasons; first, I was not aware of Banco de Gaia when I went to Glastonbury in 1995 and so I missed their set, and secondly, I took Last Train to Lhasa back to South Africa when I returned in February 1996 and I introduced them to everyone I knew. It was the start of an enduring love affair and throughout the years I've collected every single Banco de Gaia album and followed them with a fervour shamelessly bordering on obsession.

Last night I finally got to see Banco de Gaia at the Sebright Arms in east London and it was worth the wait. 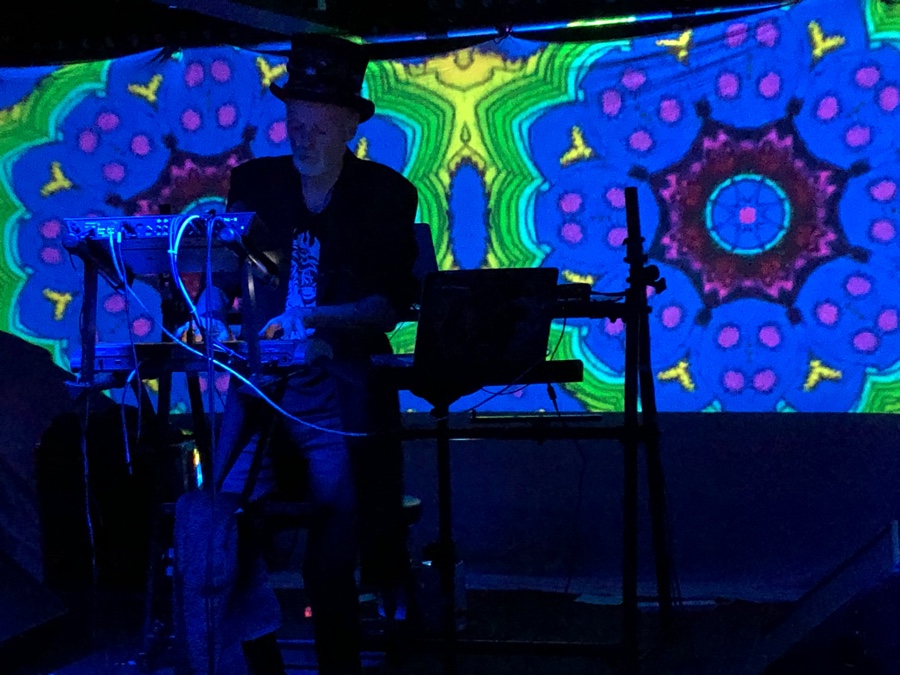 Supporting Banco de Gaia was dr trippy aka Martin Corbett with a delightfully psychedelic set complete with really surreal visuals. I caught Betty Boop and some dancing skeletons and immediately went home and added his album Bhang! to my Spotify playlist. Martin also gets the Save of the Year award after catching his mixing deck when it went flying off the podium. Well caught. 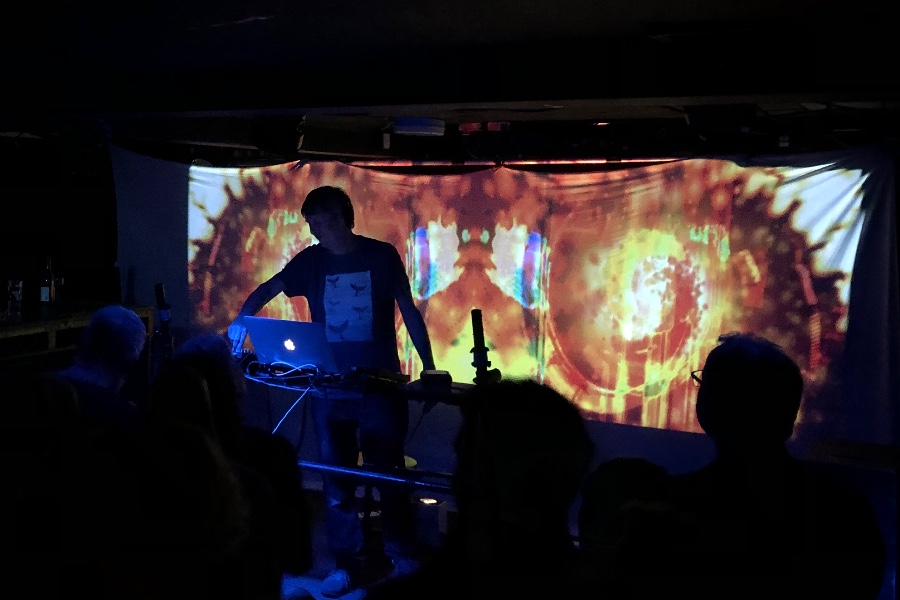 Bang on time, Toby Marks was on stage and the Banco de Gaia set began. There were some sound issues to begin with - I was having premonitions of permanently losing my hearing - but they were soon sorted out. We were in the basement room at Sebright Arms, a tiny room with 150 capacity but I secured a slightly elevated spot by the wall and danced like it was 1999. It was brilliant. I couldn't tell who was having more fun, Toby with his non-stop smile or his absolutely adoring crowd, but the atmosphere was electric.

My highlights were "Last Train to Lhasa" (obviously) and "Zeus No Like Techno", possibly my most played dance track of all time and an absolute privilege to hear mixed live.

All too soon, it was over, a short but exhilarating 90 minute set. After this experience and the Leftfield DJ set in February, I'm realising that I really want to go to an all-nighter again and dance like there's no tomorrow.