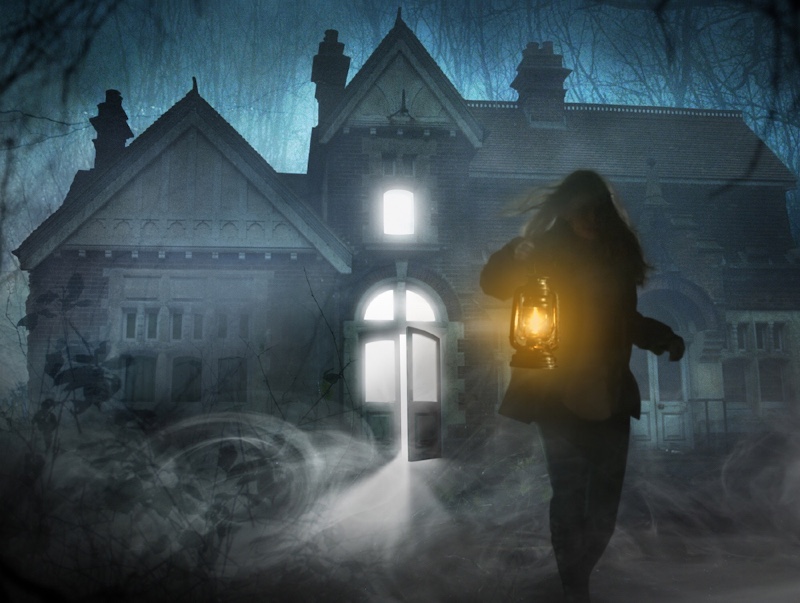 Nicky and Jason think they have the perfect con. They arrive at the tiny isolated village of Coopers Cross, posing as the now-grown-up local Rebecca and her partner. The idea is to turn around the local dilapidated pub and land themselves a significant pot of money. Little do they know it is they who are marks and they have most certainly been lured into a trap.

Who is the scary old man squatting upstairs in the pub? What happened to his daughter? And why are the locals so awfully overfamiliar? Every village has a dark secret and Jason and Nicky have just stumbled on one they can’t handle.

Directed by Raine McCormack in his feature film debut and co-written by John Hoernschemeyer, The Village in the Woods, is an independent British folk-horror film set in a very sinister little village. In the words of McCormack, The Village in the Woods "is my dark, love letter to 70’s cinema and I’m really excited to finally share this unique, atmospheric folk-horror".

The film was indeed beautifully atmospheric. From foggy roads and eerily woody surroundings to terrifying flashbacks and a derelict pub that has seen better centuries, The Village in the Woods is a tense 82 minutes of unease and slow-burning horror.

The Village in the Woods is buoyed by excellent performances by the cast. Richard Hope (Poldark) and Therese Bradley shine as villagers Charles and Maddy. Welcoming to the extreme, they get far too close to Nicky and Jason for comfort and give maddening and delightful performances. Robert Vernon expertly portrays the single-minded and utterly selfish Jason while Beth Park is captivating as the anxious and increasingly disturbed Nicky.

Americans might excel at Gothic horror but The Village in the Woods is quintessentially British. There is nothing quite so British as chipping away at the thin veneer of the wealthy classes to glimpse at the ugly, parasitic tendencies that lie beneath the surface. What hope do a pair of ordinary, penniless people have in the face of ancient power and wealth?

Atmospheric, with great performances and a nasty plot, I give The Village in the Woods an excellent four out of five stars and recommend to fans of slow-burning British horror.

The Village In The Woods will be available on Digital Download from 14th October across iTunes, Sky Store, Amazon and Google Play.