Thoughts on Margaret Atwood's The Testaments - an Audiobook Review 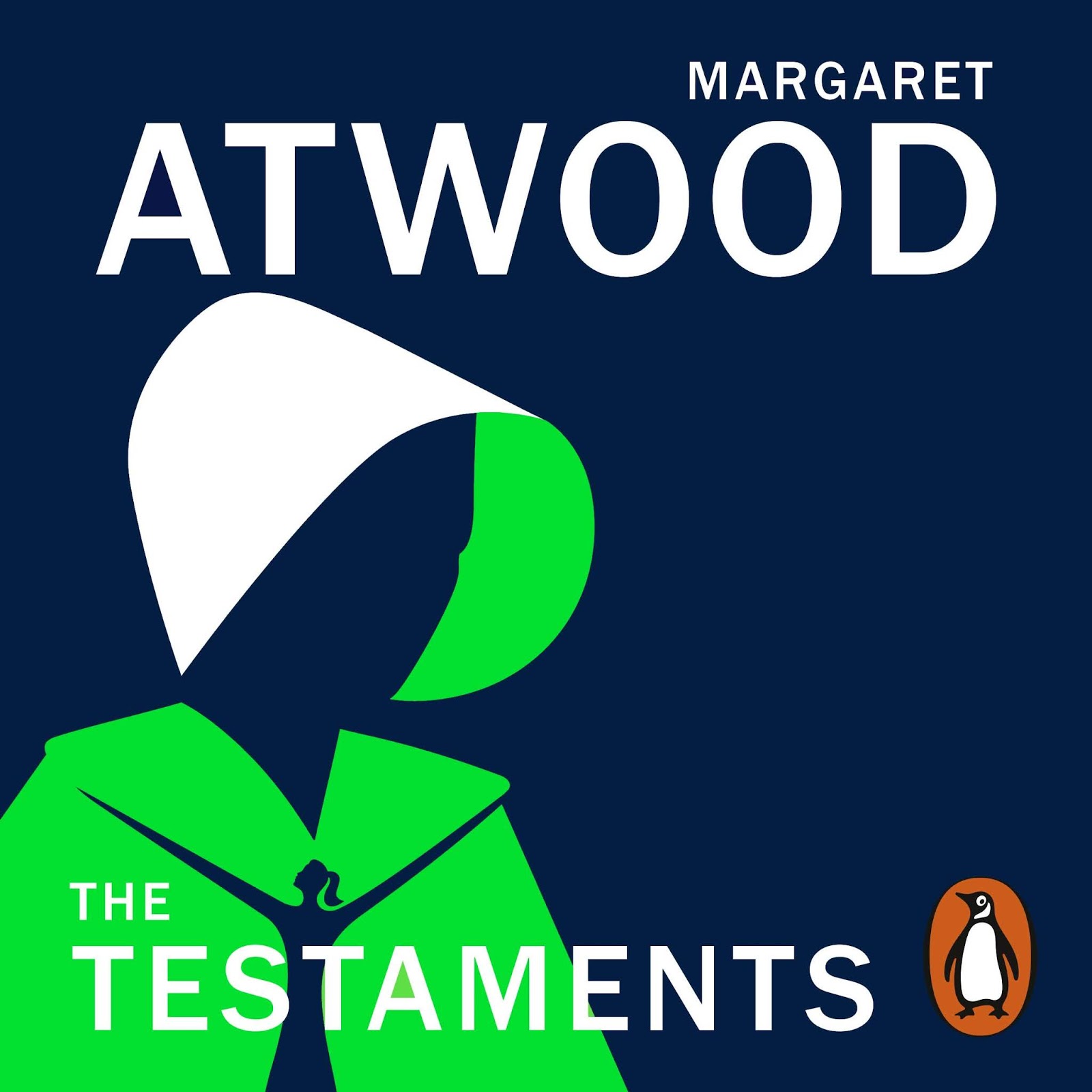 It seems a peculiar folly to try to review Margaret Atwood's The Testaments this late in the day. Between me listening to the audiobook and now, the book has been named joint winner of the Booker Prize with Bernardine Evaristo's Girl, Woman, Other. What could I possibly add to the conversation?

I discovered Margaret Atwood in my first year of university in 1991. I still have my very worn copy of The Handmaid's Tale featuring Natasha Richardson on the cover, a tie-in with the 1990 film. It was to become one of my most loved books of all time, but my two favourite Atwood books were Surfacing and Cat's Eye. Before I finally bought my own copy, I used to repeatedly borrow Cat's Eye from the library, return it and put my name on the waiting list to borrow it again. I suspect many of us were doing the same thing.

I read everything Margaret Atwood wrote until, horror of horrors, I encountered The Blind Assassin. I still haven't managed to finish it after nineteen years and because of the crazy, impossible way my head works, I couldn't read Oryx and Crake or anything else Atwood wrote until I did.

Another strange brain glitch is that I've not been able to watch The Handmaid's Tale TV series yet partially due to the Blind Assassin blockage and partially out of fealty to the original film version.

On Margaret Atwood live at the National Theatre, London

On the day that The Testaments was released, I watched a screening of Margaret Atwood live from the National Theatre in London. She discussed the book, the world of Gilead and our broken world and there were readings from the book. I very much enjoyed the event and realised that I urgently needed to get over my Margaret Atwood blockage and the best way was to listen to The Testaments on audiobook.

I adored the writing in the The Testaments. As you can imagine, after nineteen years without Atwood in my life, coupled with a prolonged fascination with (often very poorly written) YA, I had simply forgotten how beautiful Atwood's prose is. I held on to every word and revelled in the sentences, ideas and world view that made me fall in love with Atwood three decades ago. I realised how much I had missed her writing and that this was in part responsible for my current quest to discover superior young adult literary fiction.

I listened to The Testaments on audiobook and the three main narrators were superb. Ann Dowd read Aunt Lydia, Bryce Dallas Howard read Agnes, a woman who had grown up in Gilead and Mae Whitman read Daisy, a teen growing up in Canada. I think the book might have been difficult to follow at times with three points of view but the audiobook made this a lot easier with the three different voices.

There was one terrifying moment in The Testaments when I feared that the book was succumbing to the tired old YA trope of a quest and subsequent endurance training for said quest. Thankfully this lasted for just one chapter.

For the rest of the book, I was fascinated by a story that took us from the very beginning of Gilead, to the removal of rights and freedom, through to life and politics in homes and schools of Gilead, to life outside of the country, as viewed by its neighbours.

Throughout the novel, I challenged myself to consider it through the lens of a young adult or new adult book. As a lover of YA, it ticked many boxes for me with the younger points of view but there is a scene of graphic sexual assault that makes it unsuitable for younger readers. Ultimately, as awful as that scene was, it was integral to the story and to decisions made and events that occurred later on in the novel.

On Creating Nothing New

During the live National Theatre event, Atwood mentioned that she had not created anything new in The Testaments, that all of the events described had occurred at some point during human history. As a student of the Tutsi and Srebrenica genocides, I could see the chilling parallels between those events and in events in the book, especially the stadium scenes. I thought that those scenes were particularly well-written and adapted to the novel.

On The New World Order

From a western point of view, Gilead is extreme. It is hard to imagine an America where girls are forbidden from reading, where holy texts are adapted to fit political views and where freedom is utterly restricted but it takes just a tiny geographical twist of the map to realise that this a reality for millions of women across the globe.

It's not just other countries, either. Freedom is being restricted while corporations are simultaneously given unfettered access to information about citizens as governments move towards empowering the rich at the expense of the poor. I think the horror of books like The Testaments is that it makes us realise that we're fighting the wrong fights at the moment and that we have to see what is really happening. In the UK as in the USA, the poor and vulnerable continue to bear the weight of recession and austerity while the rich just get filthy.

On the Booker Prize

I thoroughly enjoyed The Testaments and it stayed in my mind for many days afterwards. In fact, as I write this, I've not been able to start another audiobook and was only able to start reading Akwaeke Emezi's Pet because it is so damn brilliant. I definitely think that The Testaments deserved accolades, perhaps even a place on the Booker shortlist, but I do think they should have just awarded the prize to Bernardine Evaristo's Girl, Woman, Other. They acknowledged that it was the better book but by splitting it between the two authors, they've all but admitted that they couldn't let a black woman win. It's a travesty and detracts from Evaristo's great achievement.

I loved The Testaments and give it a superb five out of five stars. I'm more determined than ever now to read Oryx and Crake and to watch The Handmaid's Tale TV series.