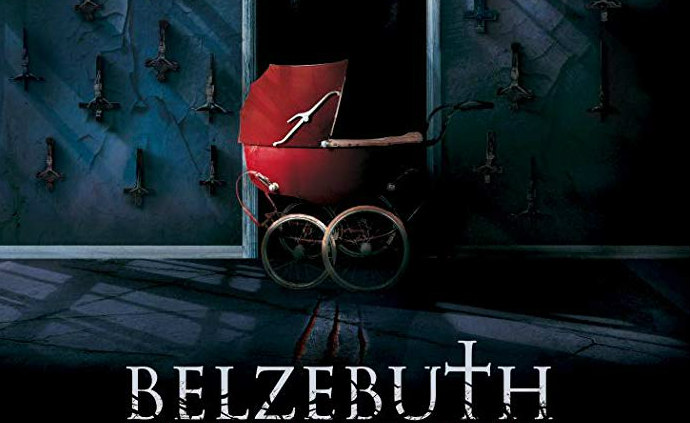 Mexico, five years ago. It was a moment that shocked a country. A nurse walked into a maternity ward and massacred all of the newborn babies. Not one survived. Detective Emmanuel Ritter (Joaquin Cosio), the father of one of the victims, correctly predicted that his wife would never survive this ordeal and he lost both wife and child that day.

In the present day, Ritter is assigned to a series of cases involving massacres of children. While it appears unusually cruel to assign the cases to Ritter, it seems that no one is better qualified to lead this investigation than he is. As part of a cross-border investigation, Ritter’s American counterpart Ivan Franco (Tate Ellington, Quantico) arrives on the scene and explains to Ritter the link between the hospital massacre and the current cases.

It becomes increasingly clear that forces of great evil are at play and they are just getting started. But what role does an excommunicated Vatican priest have in all of this and what is the significance of a young boy who has survived multiple attacks but has now disappeared?

Directed by Emilio Portes and filmed on location in Mexicali, Baja California, Mexico, Belzebuth is a Spanish / English film about the lengths evil will go to in order to prevent a child reaching his destiny.

Belzebuth is dusty and atmospheric, a fresh take on the classic exorcism films of the 70s. The claustrophobic mise-en-scenes of the abandoned church and tunnel scenes contrast with the outdoor scenes of desert landscapes to highlight the epic proportions of the battle at hand. I love it when horror films focus as much on surroundings as on the plot, it delivers a much more satisfying experience that stays with you long after the credits have rolled.

That is certainly true of Belzebuth but what stands out is the plot itself. I won't go into detail and spoil it but I found it interesting and fascinating how major events throughout history were linked together to deliver the present day threat. It almost seems completely plausible.

Joaquin Cosio is excellent as the broken and devastated Detective Ritter. Often sardonic and especially sceptical, he nevertheless handles a very personal case with admirable professionalism, all while maintaining a healthy disdain for his American counterparts. For his part, Tate Ellington was perfect as Ivan Franco. I loved Ellington in Quantico and was thrilled to see him in a feature.

Tobin Bell was brilliant and creepy as the priest Vasilio Canetti. I liked that we had absolutely no idea where his character was going and he served well to ratchet up the tension as the mysterious tattooed and bald figure ever-present at the scenes of the massacres.

I enjoyed Belzebuth a lot and give it an excellent four out of five stars. It had the complete horror trifecta - plot, atmosphere and good acting plus it was genuinely creepy and scary in parts.

A Shudder exclusive, Belzebuth will premiere on Thursday 29 August 2019.