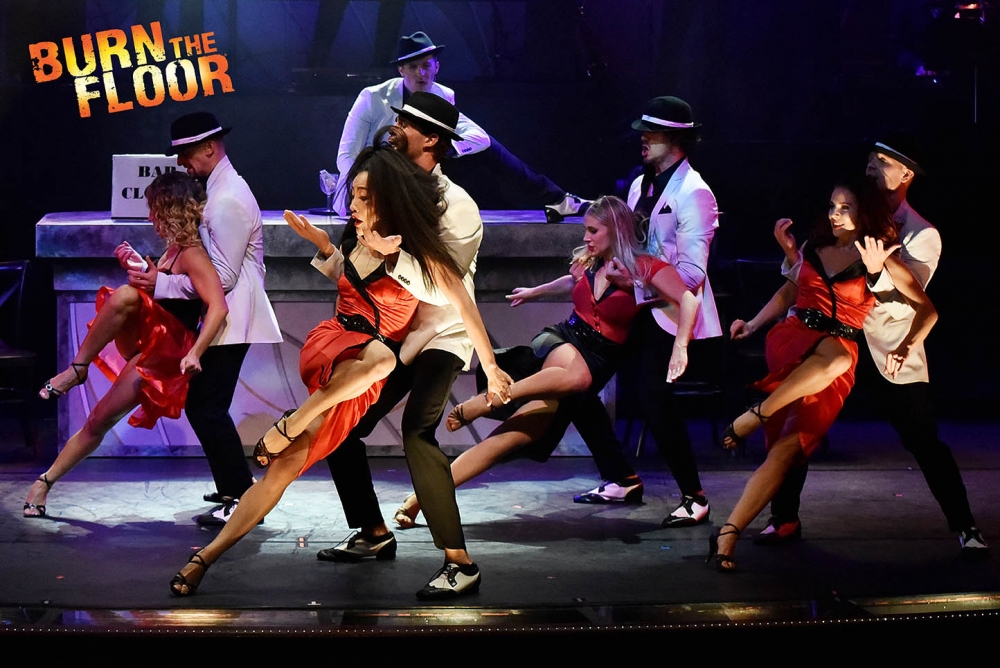 I have a confession to make. I might be the only person on this island to have never seen an episode of Strictly Come Dancing which is crazy, because I love watching dance events. When I heard that Burn the Floor was coming to Dartford, lead by stars from Strictly Come Dancing, I rushed ahead and bought tickets because I knew my mum would love it. Little did I know that I would absolutely love it too.

The aim of Burn the Floor is to revolutionise ballroom dancing and deliver to audiences a high-voltage dance experience featuring jaw-dropping choreography and cutting edge dance moves. The show features just about every kind of dance move possible, including Waltz, Foxtrot, Tango, Cha Cha, Samba and Jive.

Burn the Floor is embarking on a tour of UK and South Africa this year with a stop at the Sydney Opera House but audiences in the UK are especially lucky because our shows feature none other than Kevin Clifton, winner of last year's Strictly Come Dancing and fellow SCD dancers Graziano Di Prima and Johannes Radebe.

And boy, were we lucky. Like I said, I arrived last night without the faintest Scooby who Kevin Clifton, Graziano Di Prima and Johannes Radebe were but after last night, I'm ready to declare my undying love for each one of them and all the dancers, singers and musicians on stage. My only problem with the show was that it had to end. I was not ready for that.

The magic of Burn the Floor is that it was so intimate. We learned very quickly that Kevin Clifton was Kevin from Grimsby who won Strictly but we also learned all about the history of the show, how it saved Kevin's life (or at least his love of dance) and how it paved the way for his appearance in Strictly. We also heard from Johannes about his trials growing up in South Africa amidst the stigma and bullying and how a one-line email changed his life forever. Graziano also spoke about his journey and how he came to meet the love of his life who is now his fiancée.

Woven in between the words and stories was some of the most incredible and breathtaking dancing I've ever seen. I loved the show from start to finish but there were some absolute highlights for me.

Sadly, there are only a handful of performances left on the UK tour and as I write this, there are less than a handful of tickets available. Perhaps we could all fly to South Africa and see the show there?