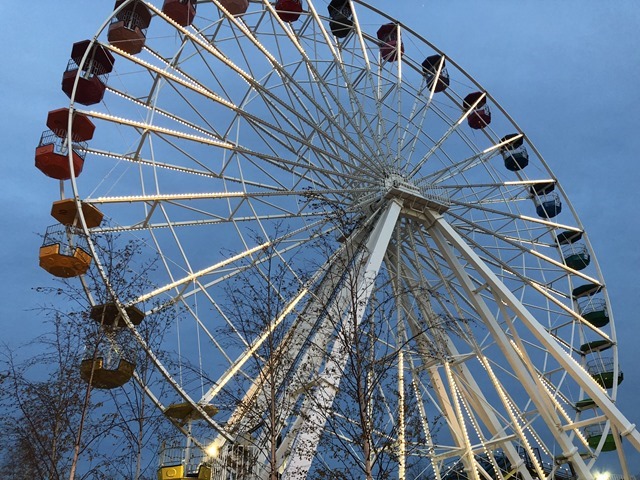 I learned something about myself last night; when I’m extremely nervous, I emit a high-pitched giggle and this does not go down well with other terrified people around me. And if you’re at Screamland, Margate on an October night, chances are you’re very, very scared indeed. Dreamland’s annual Halloween scare fest is back for the fourth year and it is bloody brilliant.

The Screamland ticket features entry seven scare mazes plus unlimited rides. We wanted to visit all seven mazes and made sure we were there at 6pm sharp. Our first maze was Screamland’s Sleep Experiment which featured a sleep deprivation experiment gone wrong in a psychiatric facility. This is where my insane giggling started and my only complaint was that we went through far too quickly. By the time we went through our second maze, we’d learned to take it slowly and savour the scares.

Festino’s Funhouse was up next and I thought this was one of the best designed mazes in terms of props and makeup. Just a warning, don’t go into this maze if you have a clown phobia; I love clowns and it creeped me out. The Upside Down was next, with a definite nod to Stranger Things and my so-called friend made me go first! 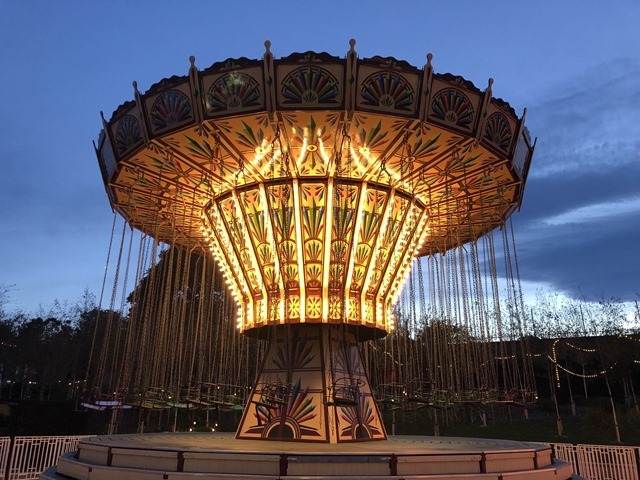 After a stint on the rollercoaster where I exercised my scream function, we headed off to the Punch & Judy Horror Show. This was the maze I was least looking forward to but the size of the queue going in should have given me a clue. It was scary and I’m not sure I can ever watch a Punch and Judy show again; those puppets were disturbing!

Next up was the double maze, Dead & Breakfast which lead into the Tunnels of Terror. This was a nice, long maze and it definitely got the better of us. At one point I was screaming to Maria, “you need to move, there’s someone behind us!” to which she replied, equally fraught, “I can’t! He’s still in front of me!” I know this is a spoiler but we did survive, just, and soon emerged back into the park with a bunch of belly laughs. 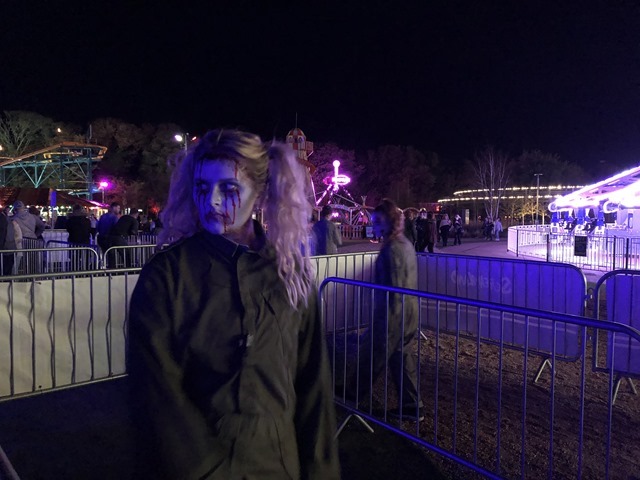 By the time we entered the final maze, HMS Mary Decomposed, our adrenalin was at its peak. Based on the infamous passenger liner the Mary Rose, this maze had the disturbing feeling of being under water. I think I was coming undone by the end because it wasn’t the props or scares that got to me but the actor standing right behind me and chuckling into my neck. It really creeped me out!

Finishing off our visit, we revisited our childhoods and took in some more of the rides. My favourite was the Dreamcatcher, a kind of vertical carousel that felt like flying in the moments when I wasn’t convinced I was going to fall out of my seat and die. 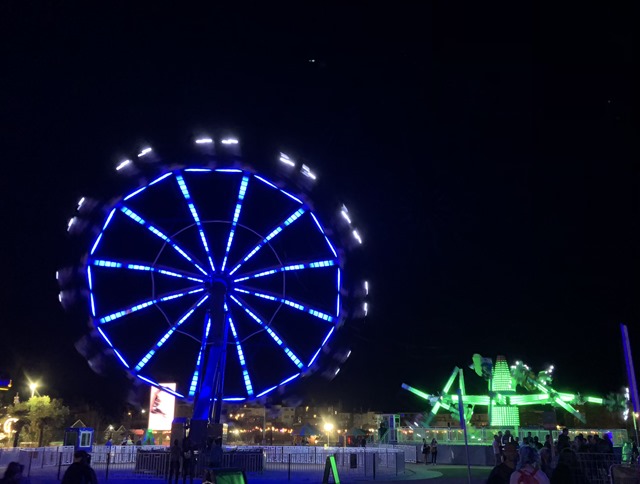 We loved Screamland and I have to extend a very big thank you to the actors and professional scarers. Every one of them was horrible, disturbing and authentic, staying in character whether we were giggling at them or screaming and running away from them. Many people have asked me why we’d go to a Halloween festival at all but it’s in the laughs and the exhilaration. There were definitely scary moments but we spent the whole two-hour train journey home laughing about it.