TV Review: Doctor Who - The Woman Who Fell to Earth 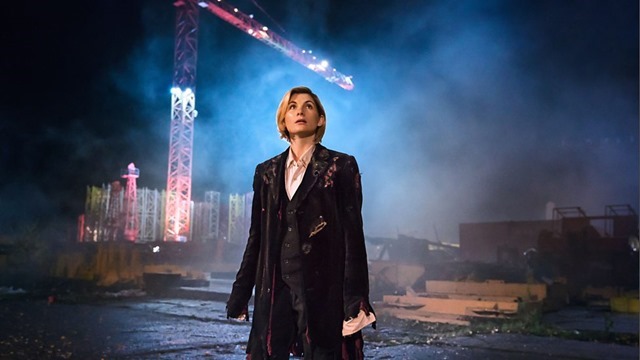 I feel like I’ve been the worst Doctor Who fan on Earth. In fact, I hadn’t property watched an episode since the one where Clara died and I just felt the writing for poor Peter Capaldi’s tenure as The Doctor was shoddy. That’s not me – the world used to grind to a halt when Doctor Who was on and for years I blogged about every episode. But we kind of broke up and that made me sad.

Despite that, I went into tonight’s episode with an open mind and I absolutely loved it.

I immediately fell in love with Jodie Whittaker as The Woman Who Fell to Earth. In a word, she is brilliant. She is funny and silly yet kind and just and everything a Doctor should be. I enjoyed her memory lapse and not quite knowing who she was but loved that moment when she finally remembered: for she is The Doctor. I also quite loved her Doctor Martens boots.

I’d very specifically kept away from any spoilers so only had a vague idea of who the companions might be. That was very cool because I got a nice big surprise at the end of the episode. 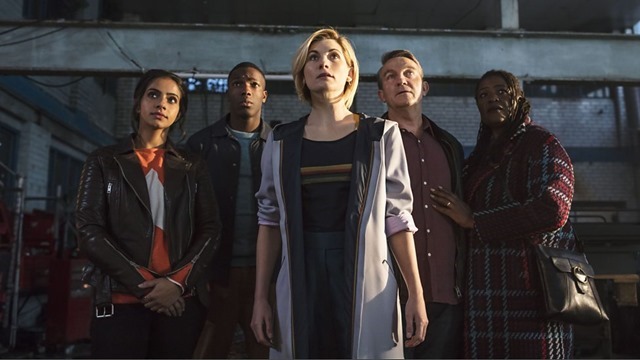 The Woman Who Fell to Earth was written by Chris Chibnall who has written four more episodes this season as well as several episodes of both Doctor Who and Torchwood. He was also notably the writer on Broadchurch so has worked with Jodie before. This makes me cautiously optimistic for the writing this season and I hope we have moved past the nonsensical and plotless stories of the Steven Moffat era. Disclosure: it is no secret that I hate Steven Moffat and in addition to Doctor Who, he made me break up with Sherlock too.

Whatever the case, I enjoyed this episode. It had a cohesive and interesting plot and a most satisfying outcome. I cannot wait for the next episode of The Doctor and her sonic Swiss Army Knife. 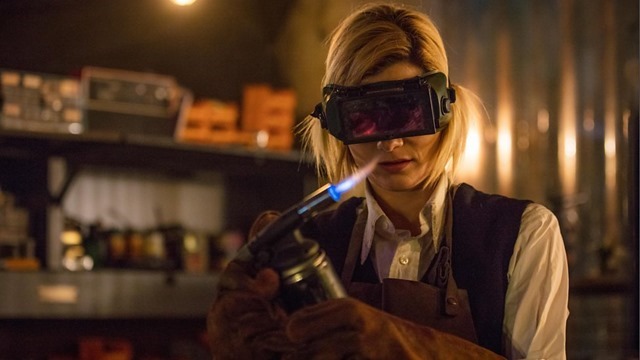 As much as I loved the episode, my very best moment came in the closing credits. Segun Akinola’s new theme tune includes recordings of the original 1963 theme tune. His arrangement features the deep bassline of the 1963 original as well as bridge which modern versions often leave out. And it is that bridge that is my absolute favourite part of the theme.

So, does this mean that I’ll be reviewing every Doctor Who episode again? I doubt it. It’s a lot of work, especially for a Sunday night and I think I’d rather simply enjoy it. I might though, we’ll see. But most importantly is that I predict that I will enjoy it and I can feel myself falling in love with Doctor Who again.