Book Review: Colour Me In by Lydia Ruffles ★★★★☆ 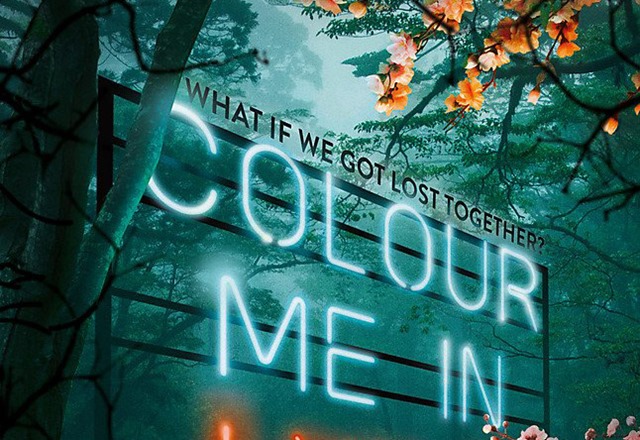 In my search for a book that would truly move me, I encountered Lydia Ruffles's lucid dream of a novel Colour Me In. Ruffles is a relative newcomer to the New Adult market - her debut novel The Taste of Blue Light was only released in September 2017 - yet she is quickly gaining a reputation for her lyrical writing and focus on issues such as grief, depression and mental health.

Nineteen-year-old Arlo is adrift. He's catching a plane to the other side of the world to get as far away as he can from the most awful event in his life and he is unravelling. Devastated and lost, he is painfully in mind of the last time he fell apart yet is still hoping to outrun the black dog. Amongst the bright lights of an unnamed far eastern city, Arlo meets Mizuki and she seems just as lost as he is. Together they embark on a journey to abandoned places and exotic beaches in the hope that they can find themselves again.

Colour Me In is simply beautiful. Like a spider weaving a web, Ruffles pulls the reader under into Arlo's thoughts, memories and emotions as he reconciles the painful events of his childhood, his friendship with his childhood best friend, his struggle with depression and the events leading up to that flight. As the pages turn and the reader becomes invested in Arlo's story, Ruffles then proceeds break the reader’s heart, as Arlo's heart has been broken.

The writing in Colour Me In is incredible and there were times when I could barely make progress in the book for all the passages I was highlighting, rereading and absorbing. This may just be one of the most highlighted novels I have ever read.

I’m trying to read Lydia Ruffles’s Colour Me In. It’s not going very well because I have to stop every second paragraph to highlight* sentences and absorb the significance of her words.

My favourite so far is “Arlo is at the end of himself”. Such a subtle sentence but so descriptive of that feeling, when severely depressed, of coming to the end of your body, your life, your tether, your existence.

Many authors have written about disassociation and feeling lost across the generations and it is interesting just how universal and timeless this theme is. Lydia Ruffles has written a novel that is very much for the Y Generation but it was reminiscent of Catcher in the Rye, Generation X and the 2003 film Lost in Translation. This is significant. Firstly, I think this book would work perfectly as a film, with its lurid colours and alluring aromas. Secondly, I think that this novel, which Ruffles purposely avoids tying to a time or place, will have an equally universal and enduring appeal.

I give Colour Me In an excellent four out of five stars and would recommend to fans of Catcher In The Rye and Turtles All The Way Down . I will certainly look out for Lydia Ruffles’ work in future.