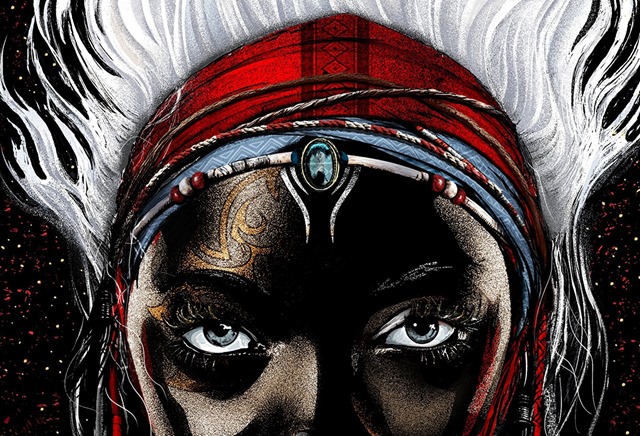 It was hard to escape the hype surrounding Tomi Adeyemi’s Children of Blood and Bone. In January I began to notice mention of the novel exploding all over Goodreads and by March posters of the book were plastered all over the London Underground. I knew I had to read it.

Tomi Adeyemi’s debut novel is set in the fictional West-African kingdom of Orïsha. It is a kingdom bereft of magic due to the brutal efforts of the King to eradicate magic and kill all maji. Zélie Adebola remembers a time when magic and joy existed in Orïsha but she also remembers the night when her village burned, her mother murdered and her father left devastated. For years, Zélie has trained in secret to become a warrior but everyone knows that the best way to keep safe is to avoid the king’s guards and not, for example, inadvertently rescue a princess and become a target.

Yet Zélie does assist the Princess Amari in her escape from the King’s guards and the repercussions are extreme, setting in motion a set of events that will lead to a quest to bring back magic in Orïsha. 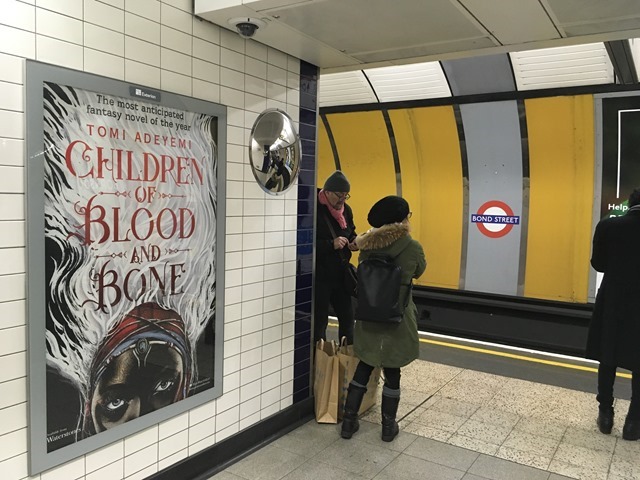 Told through the eyes of Zélie, Princess Amari and the crown prince Inan, Children of Blood and Bone offers an impressive depth of character development and insight into the motivations behind both the King and Inan’s behaviour. It is not difficult to choose sides though for Adeyemi is not shy to tackle some of the most pressing issues of our time including genocide, racial discrimination, persecution, slavery and tyranny. This is what sets the novel apart from others in the genre and having focused a lot of my reading on topics such as genocide, I was impressed (and horrified) with the detail regarding conflicts and massacres in the book.

The structure of Children of Blood and Bone follows a familiar young adult fantasy formula in terms of the discovery of magical abilities followed by a quest, battle and cliff-hanger leading towards an obvious sequel. I felt that this was the only thing that let the book down but I did not let it detract from my rating due to the complex issues covered and depth of characterisation of several of the lead characters. 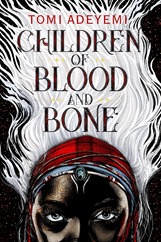 Most importantly, Children of Blood and Bone is riveting and unputdownable and I enjoyed every single word of it. The book is the first in the Children of Orïsha series and I will definitely be reading the full series. Not that I have a choice; with respect, Ms Adeyemi, that cliff hanger was pretty unforgivable.

There is talk of the book being turned into a film by the producers of Maze Runner. I hope that isn’t the case – the Maze Runner books were fabulous and I adore Dylan O'Brien but the Maze Runner films were the worst film adaptation since Vampire Academy. On the other hand, I hope that the hype continues to grow because I would like to see this novel translated into as many African languages as possible. It is about time that children in the vast continent of Africa had a hero they could relate to and this book and Marvel’s Black Panther are a good place to start.

I give Tomi Adeyemi's Children of Blood and Bone a superb five out of five stars and recommend it to lovers of magic, fantasy and superior young adult fiction.