Review: The Mission - Another Fall From Grace ★★★★☆ 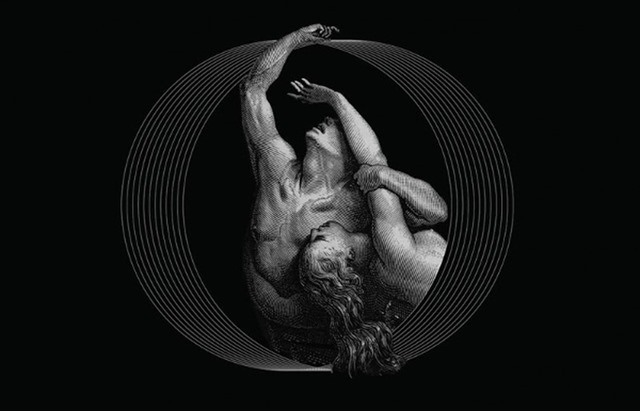 I haven't bought a Mission album since their 1990 release Carved in Sand. It catapulted them into the spotlight, with their tracks climbing up the pop charts and I think it was all a bit too much for my increasing tendencies towards gothic rock and industrial music.

For some reason, a combination of the album cover and title, I decided to give Another Fall From Grace a chance.

Unfortunately, the next track "Met-Amor-Phosis" is as corny as the name suggests, with Wayne Hussey truly showing his age as he ponders where the man he used to be is and concludes that with age comes change. Yes, yes, I know. I can't wear my Docs anymore because I don't have stick-thin calves but I don't write a song about it.

By "Within the Darkness (Fearful)" I'm willing to forgive everything for dark, menacing lyrics and a slow, alluring melody and "Blood on the Road" continues the trend. The moody and atmospheric "Can't See the Ocean for the Rain" is up next and I’m really beginning to enjoy the album. This track almost reminds me of Mark Lanegan’s work, which in my book is a very good thing. It's not 80s-era The Mission but it's not necessarily bad either (with exception to the second track which I'll revisit later).

And just like that, "Tyranny of Secrets" does take us back to 80s-era Mission with its dark bassline, drenched in layers of electric guitars. There is that that classic almost-Eastern sound so reminiscent of their earlier work. Wayne Hussey has described the album as a lost link between The Sisters of Mercy's First and Last and Always and The Mission's Gods Own Medicine and I'm definitely feeling that with this album. 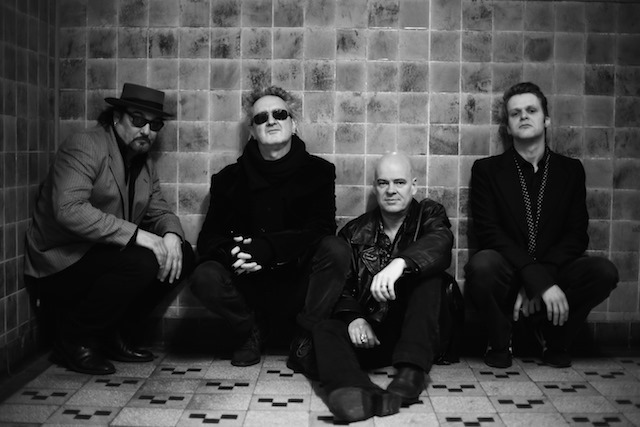 Sadly, "Never's Longer Than Forever" simply made me roll my eyes which is quite difficult to sustain in a track that extends to over 5 minutes. In addition to the incredibly hackneyed title and sentiment, there is a sing-along with a guest vocalist that is painful in the extreme. It culminates in Hussey breaking the fourth wall (is that a concept in music too? It should be) and referencing the song itself in his lyrics. Truly horrible stuff.

Thankfully, the disappointment is short-lived and the dark, scything political anthem “Bullets & Bayonets” restores my faith in the album. Next up is "Valaam", an ode to insomniacs. It appears that Wayne Hussey and I share a devastating inability to sleep and I reckon I’ll be playing this track next time I’m still awake at 5.26am.  "Jade" is an uplifting, empowering track, if your name is Jade and you’re not the one on the wrong end of an unrequited lover affair. 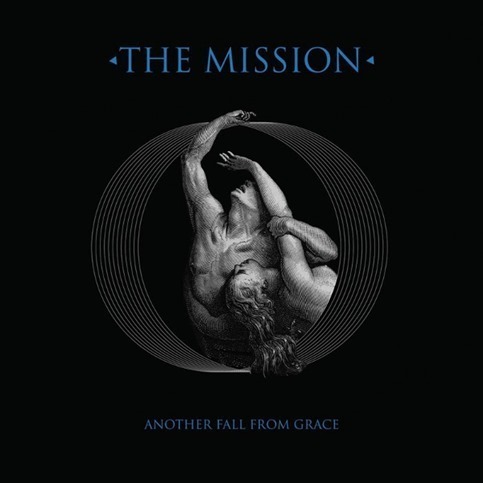 The penultimate track is the slow and haunting "Only You & You Alone", a desolate track of almost frightening obsession. The album closes with another dark track, "Phantom Pain" in which Wayne Hussey channels Nick Cave at his most narrative and stilted.

I'm not conflicted. Another Fall From Grace is an excellent album and a fine return to form for The Mission but it has two terrible tracks on it. I have no doubt the album will become a firm feature on my playlist over the coming months but I'm going to do my best to scratch those two tracks from my memory. Thankfully, in today's digital age of playlists and iPods, it really is that easy to simply delete the tracks.

I give Another Fall From Grace an excellent four out of five stars and definitely recommend that you delete the two bad tracks from your playlist to allow for a better album experience.