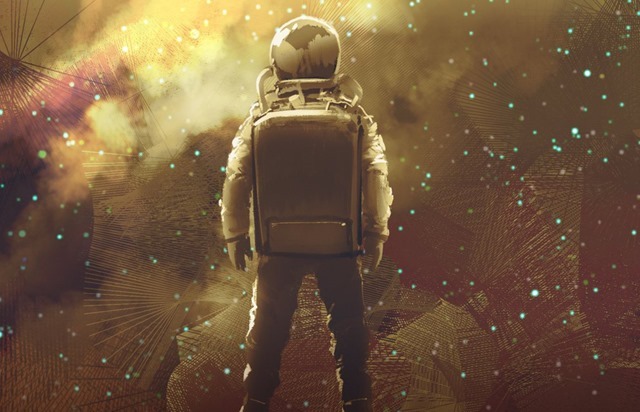 The Anchor Leg: the final stage of the Relay between the planets. Situated between Ceres, Jupiter and Saturn, it is where the Charybdis is stationed, transporting personnel and equipment to the mining operations located there. Seren Temples is a security apprentice on board the ship, reporting to the head of security in a seemingly routine post. That is until the Charybdis is mysteriously thrown off course and they detect a distress signal from the Scylla, a small VIP envoy ship that has no business being this far out in the Relay.

Seren and the rest of the security team board the Scylla to discover a junkyard of corpses and twisted debris floating in the zero-G environment. What happened on the ill-fated Scylla? What is the significance of the vial of frozen human blood found on board the ship? These are questions that will have to wait because soon malfunctions, riots and incursions occur on the Charybdis, putting the whole future of the Relay into jeopardy.

In Jack Croxall’s Anchor Leg, scarce resources on Earth have caused humanity to spill out into the solar system, engaging in mining operations in the Relay and eternally searching for a way to colonise Mars. It is a sci-fi novel that explores the end point of humanity’s competition for resources and the follies and lies of the super wealthy.

Our protagonist Seren Temples is seventeen years old, haunted by the horrific events she witnessed on Earth, where the poorest and most disenfranchised are forced into township subsectors, walled and overcrowded slums that pervade Eurasia and Britain. The Relay is the farthest point that humanity has reached into the solar system but Seren is not sure it is far enough in her drive to run away.

I thoroughly enjoyed Anchor Leg. I like to say I’m a fan of sci-fi but as much as I love the bright lights and costumes in films like Star Trek, I know absolutely nothing about the science behind the fiction. The good news is that you don’t really need to with Anchor Leg but the book did send me searching for more information on EN Drives which revealed that we are closer than we think to starting space exploration.

What I liked about Anchor Leg is that it was effortlessly diverse, even introducing a new minority in the Spacers who might spend their lives in space without ever setting foot on their home planet.

I appreciated Seren’s relationship with Abril Antonio. So many YA novels focus entirely on romance (which, to be fair, is pretty much all I focused on from the age of 13) but it was good to see a situation where the love was obviously there but not a central plot device. I absolutely loved the LGBT aspect of their relationship. More of this in YA books please authors!

As a protagonist, Seren’s character was wonderfully developed. Not only does she grow and develop perspective regarding her past experiences, but we also get to see her rise to the challenge of leadership when it is unexpectedly thrust upon her.

Jack Croxall’s Wye remains one of my favourite books of all time and reading Anchor Leg has made me very excited about what he will release in future. I’m thrilled to say that I haven’t read his book Tethers yet, so at least there is that to look forward to while I wait for his next release. What impresses me most is how Jack switches between different genres; he writes for the young adult market but his genres have covered steampunk, dystopian and sci-fi so far.

I give Anchor Leg by Jack Croxall an excellent four out of five stars and would recommend to fans of sci-fi and young adult fiction.