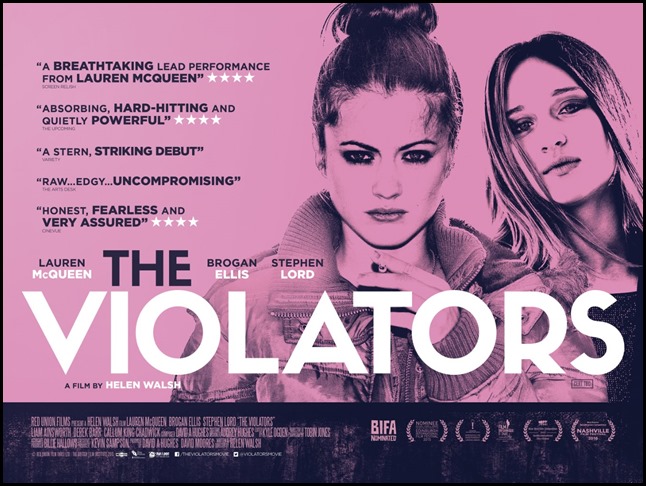 It is rare that a film can take your breath away but Helen Walsh’s The Violators does just that with a relentless and uncompromising view of life in a northern England sink estate. Fifteen-year-old Shelly (Lauren McQueen) lives with her brothers Andy and Jerome in an unfurnished dump that she can barely call home. The siblings were rehoused after testifying against their violent and abusive father and they’ve been left to fend for themselves. 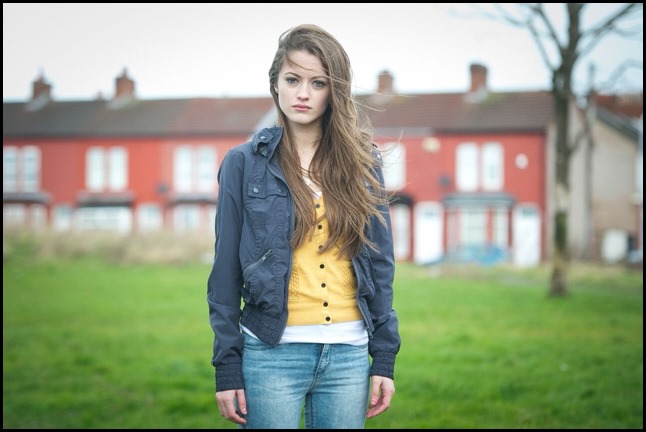 Excluded from school on a seemingly permanent basis, Shelly soon catches the eye of local predators and learns that everybody wants a piece of her. Meanwhile, the loan sharks are after older brother Andy and it seems that only she can keep them at bay. 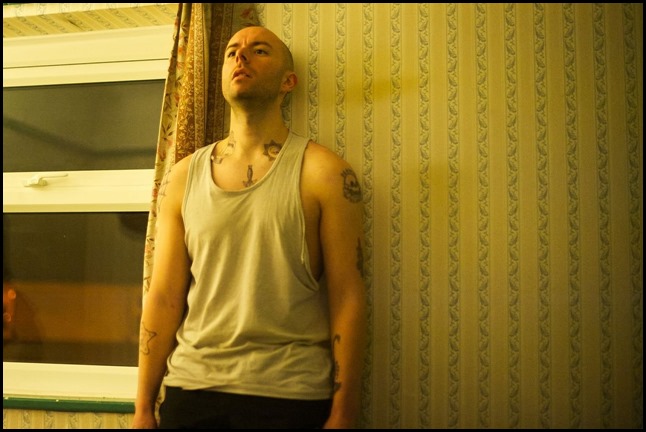 Then Shelly meets Rachel (Brogan Ellis), a confident and very privileged young woman from a world apart from Shelly’s. She seems gracious at first but Shelly’s instinct tells her that this is yet another person who wants something she is not prepared to give.

Matters come to a head when the siblings are told that their father is up for parole and it is very likely that he will want to track down the people who testified against him at his trial. Shelly will do everything she can to prevent that, even if it destroys her. 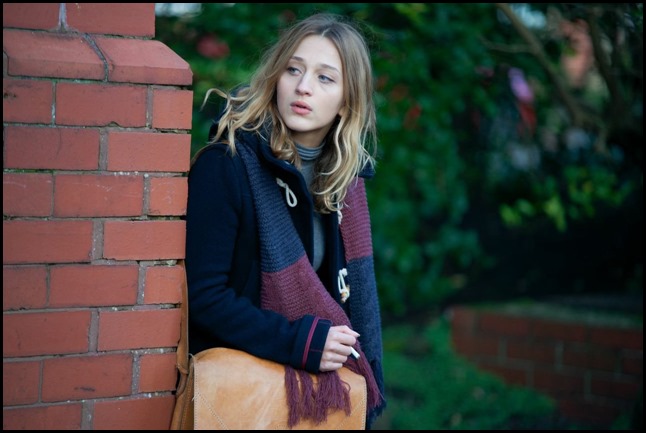 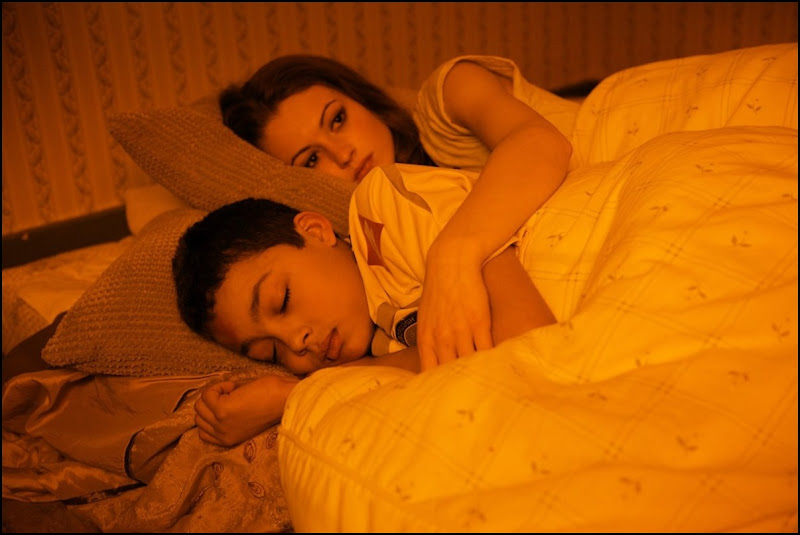 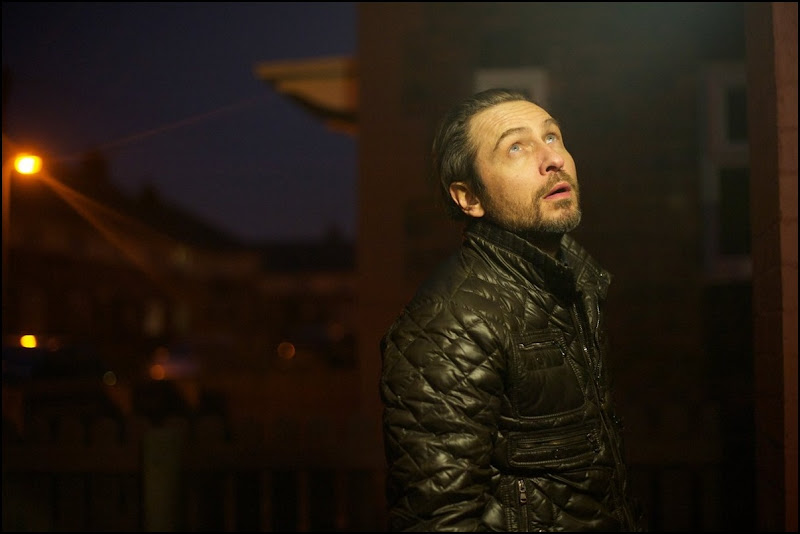 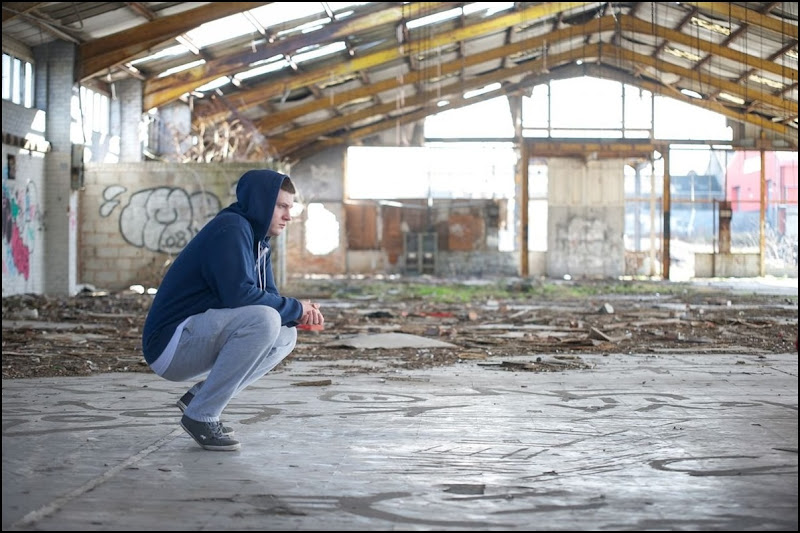 Filmed almost entirely in Birkenhead, The Violators is a dark, gritty film about the people society has left behind. Lauren McQueen (Ordinary Lies) and Brogan Ellis (Waterloo Road) give outstanding performances as Shelly and Rachel as does newcomer Callum King Chadwick in his role as Shelly’s younger brother Jerome. It is impressive that such young actors, all making their feature film debut, have carried the weight of such a complex and troubling script yet these three do it with ease.

Derek Barr plays Shelly’s older brother Andy and there were times in the film where his fear and desperation were almost palpable.

They are supported by Stephen Lord (Penny Dreadful) in his role as the genuinely revolting pawnbroker Mikey Finnegan. Lord plays a thoroughly dislikeable character and it is a testament to his performance (and Walsh's direction) that there were scenes in the film that were so disturbing that I could barely bring myself to look at the screen. Thank goodness for Liam Ainsworth (Kilo Two Bravo) who tips the scales in favour of decency and humanity as Shelly’s neighbour Kieran.

The Violators is unrelenting yet eerily accurate of life on an English sink estate. This is a society where a vulnerable girl can be called dirt and where the so-called adults in the situation get away with washing their hands of children and walking away from them. I wouldn’t exactly say that The Violators is an enjoyable film but it is one that will keep you thinking for some time after the credits role.

Brogan Ellis and Lauren McQueen won the Special Jury Prize for Best Actress in the New Directors Competition at the 2016 Nashville Film Festival and the film received many more nominations for best film, screenplay and director at film festivals in 2015.

I give The Violators a superb five out of five stars and would recommend to fans of Great British film and unrelenting social realism.

The Violators is out now on DVD and VOD.