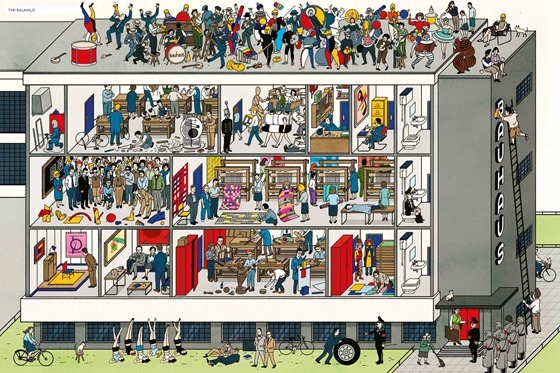 Andy Warhol once said that an artist is somebody who produces things that people don't need to have. Which by extension would mean that Catherine Ingram and Andrew Rae's new book Where's Warhol? is a work of art. You might not need it but you're certainly going to want a copy. 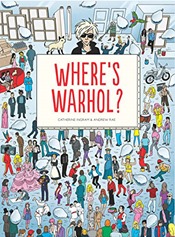 Warhol was a pop-art legend and mentor to both Lou Reed and John Cale. He coined the term "15 minutes of fame" and at one point in history it seemed that anyone with an ounce of talent had passed through his Factory studio.

Warhol's impact on art and culture is impossible to measure but what if Warhol travelled back in time to some of the most momentous events in history? It stands to a reason that an artist who placed himself in the centre of cultural phenomena just as they were beginning to explode would have wanted to do so throughout history, too.

Illustrator Andrew Rae and art historian Catherine Ingram have turned the classic puzzle book format on its head to bring you Where's Warhol?

Pompeii, The Sistine Chapel and Marie Antoinette's execution? You'll find Warhol there, if you look closely enough. And of course you'll find him at the heart of the Bauhaus movement but you'll have to look twice to spot him on the beach at Trouville.

Illustrated in minute detail and capturing the fashions and trends of each scene, Where’s Warhol? also features a host of famous personalities including Michael Jackson, Wolfgang Mozart and Bing Crosby. This is the type of book that can eat up hours of your time as you rush to the end an pat yourself on the back for finding Warhol in every scene, only to get to the end and discover just how much you really missed. It’s a lot of fun and is the perfect coffee table book. 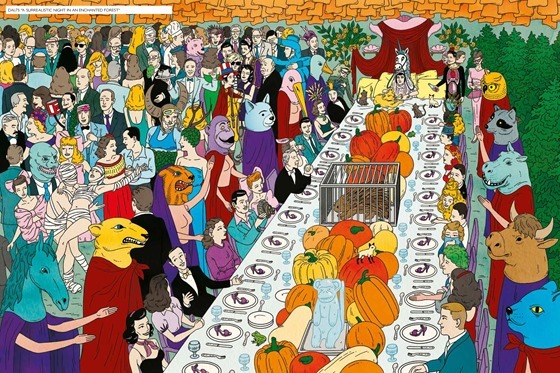 by Andrew Rae and Catherine Ingram will be released on 18 April 2016.