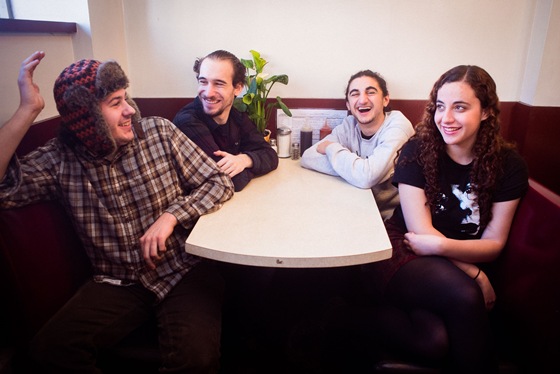 Whoever said punk was dead must be rolling in his grave. I assume it was an old man, on his death bed, because he couldn't have been more wrong. Thirty years after the so-called demise of punk, we might be seeing different hairstyles but the genre is officially not dead.

When ROMP came exploding into my ears with their riot-grrl inspired brand of punk, I knew we could expect something great from this band and the good news is that two years after forming, the band are finally releasing their debut album.

ROMP are vocalist/keyboardist Madison Klarer, guitarist Lucas Dalakian, bassist Chris Beninato and drummer Mike Linardi. Madison and Lucas met on Tinder in 2014 and soon discovered that their connection went far deeper than the romantic - they were the perfect musical match. Madison is quick to assure fans that relations between her and Dalakian are purely professional these days.

The band self-released their debut EP Sorry Not Sorry in October 2014. The EP is, according to the band, a collection of angry pop songs including the Pixies-esque surf rock guitar-laden "If Your Head Gets Any Bigger You'll Float Away". Let's face it, we've all known that person.

ROMP's debut album Departure From Venus will be released on 4 March 2016 on Bad Timing Records. The first single on the album is "Last Year" which you can listen to over at Brooklyn Vegan.

Speaking about the album, Madison remarks "Departure from Venus is really important to us as a band and to me personally. A lot of things in my life have changed in the past two years and this album covers a lot of those issues." 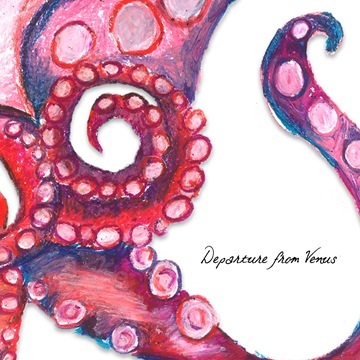 Recommended if you like L7, Pixies, Le Tigre, Screaming Females

Sorry, Not Sorry is currently available on a name-your-price basis on ROMP's Bandcamp page. You can pre-order Departure From Venus from the Bad Timing Records site or visit the Bandcamp page post-release.