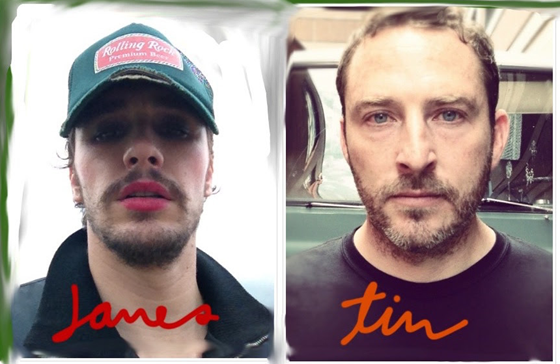 Wait, why didn't anyone tell me James Franco is in a band? I'm allowed to like Daddy just because it's his band, right? Well, the good news is that I've given it a listen and it's not bad at all. In fact, it is pretty good and just the right mix of darkness and catchy basslines to cheer up any nostaligic coffin kid.

Daddy is formed by the duo James Franco and Tim O’Keefe. The project began with a book of poetry James wrote called Directing Herbert White: Poems. There is a section in the book inspired by Smiths' songs and loosely based on people James knew in high school. Each poem shares the title of the Smiths' track that inspired it.

When James and Tim got together and discussed the poems and their shared love of the Smiths, they decided to use the poems to create songs for their new album.

They are releasing a full length album and film entitled Let Me Get What I Want on 18 March 2016 and the first single from the album “On The Sideline” was released in November 2015. This was followed up with "You Are Mine", featuring The Smiths’ Andy Rourke on bass guitar in December. "You Are Mine" has the funkiest Blue Monday-esque bassline ever and you can listen to it below.

The latest single is “Lime Green Dress” and you can watch the very trippy and slightly disturbing video for that below.