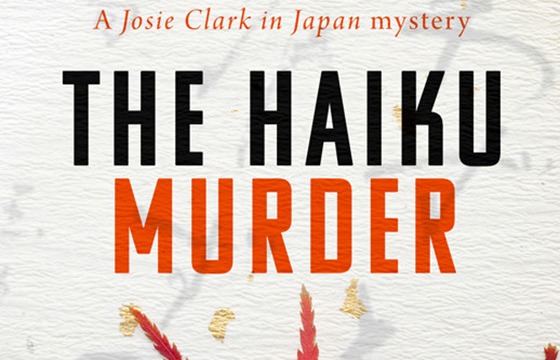 When Londoner Josie Clark embarks on a haiku-writing trip with her colleagues, the last thing she expects is for a tragedy to disturb their tranquil experience. Yet deep in the heart of Japan, the enigmatic owner of Ando Investments falls to his death from the top of Matsuyama castle.

The only problem is that Josie believes that it was no accident and that he was pushed. Her suspicions are further raised when it turns out that the man’s bag is missing. What was so valuable that somebody would kill a man in front of hundreds of witnesses?

Yet the more Josie tries to solve the mystery of Mr Ando’s murder, the more problems she creates in her professional and personal life. Firstly, representatives from her company were at the haiku-writing workshop at the invitation of their client Ando Investments. Not only were the events embarrassing for both companies but the deeper Josie digs, the more likely it becomes that she will lose this valuable client.

In addition, Josie’s boyfriend Dave is over from England for a visit and the more Josie investigates, the more the cracks begin to show in their relationship. Perhaps Dave is right to be concerned about her for Josie’s investigations lead her to real danger and for a moment there it is not at all clear whether she will escape unharmed.

The Haiku Murder is the second book in Fran Pickering’s Josie Clark in Japan mysteries. This unique East-West fusion features amateur detective Josie Clark who employs her skill and power of observation in solving her third murder.

The Haiku Murder is very cleverly written, full of valid clues and scores of red herrings. The reader is kept guessing right to the very end and like with The Cherry Blossom Murder and The Tokyo Karaoke Murder, the culprit isn’t revealed until the very last pages. I am quite embarrassed to admit that I was completely caught out in the first two books and this occasion was no different. It certainly wasn’t who I thought it was!

Josie Clark is a fantastic protagonist. Confident and self-assured, she is a perfect role model for the younger generation and this places this series as an excellent New Adult book. No matter how focused and determined Josie became in her quest to solve this mystery, she still came across better than Dave who remains eternally childish and irresponsible. 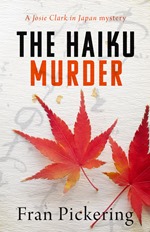 Once again, author Fran Pickering does a fantastic job of capturing Japanese culture and customs and I especially enjoyed the scenes during the ill-fated haiku-writing workshop. Another highlight in the book was the Japanese Christmas Eve celebrations, somewhat akin to Valentine’s Day but with more romance and fried chicken.

I have no hesitation in giving The Haiku Murder by Fran Pickering five out of five stars and would highly recommend the Josie Clark in Japan series to fans of crime, lovers of Japan and to those who like to travel in their books.

The great news is that author Fran Pickering has already confirmed that book 3 in the Josie Clark in Japan is already on the way. She finished The Bullet Train Murder in December and is hoping to release it in spring 2016. We eagerly await the release Fran!