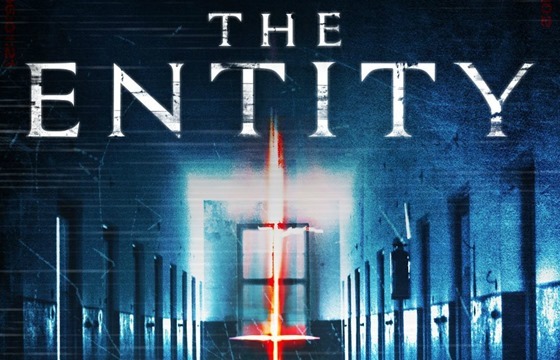 If you look deep into the darkest corners of the internet, you’ll discover a series of disturbing videos. In truth, they are reaction films, recordings of people watching something that is so terrifying and wrong that you’re filled with horror and dread.

And then you die.

When four college students discover these clips and a series of gruesome deaths related to them, they embark on a search for the original footage and unearth a dark curse dating back to colonial times. Their search takes them deep into their school’s archives and a crypt located in the heart of the city cemetery. Despite the increasing horror and danger of the situation, they press on with their search until they realise that they never stood a chance with a traitor in their ranks. 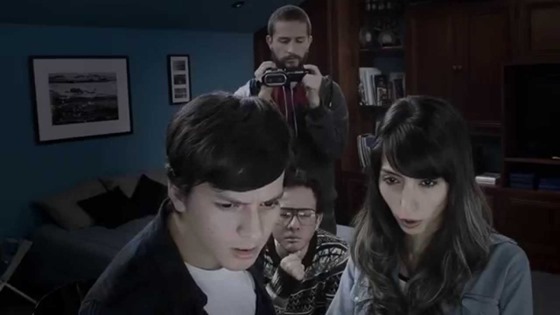 La Entidad (The Entity) is the debut horror film from Peruvian director Eduardo Schuldt and it is pretty damn scary. The film follows the handheld camera format which places the viewer at the heart of the action while only terrifying glimpses are caught of the evil wraith-like figure that is tracking them down.

The four young protagonists are fairly unknown but they give a convincing performance as the increasingly frightened and freaked out students. Special mention goes to Daniella Mendoza in her role as Carla. 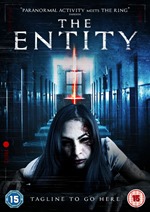 I remember watching the 1982 film The Entity (no relation to this film) back when I was a child and for years it was the scariest film I had ever seen. It’s one thing for a nine-year-old to be utterly terrified by an abusive poltergeist but La Entidad is something else entirely.

I tried to watch it in the dark, I really did. If nothing else, the picture looks better on my screen that way. But there were moments when my head would tick over and I’d begin thinking, “but what if it could actually happen?” and then the lights would come back on again as I tried to calm my racing heart. It is safe to say that La Entidad is the scariest film I’ve seen in years and I’m not nine anymore.

La Entidad is filmed in Spanish with English subtitles and at first that can be a little disconcerting for a horror film but you do get used to it after a while. There is such a pervasive atmosphere of dread and menace in the film that you don’t always need translation anyway. 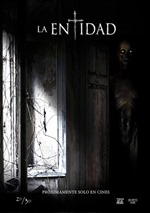 I’m surprised to see that La Entidad scored so low on IMDb but then I’m beginning to learn that horror films rarely score highly on fan reviews. The most common complaint is that its just another found footage film but I think that is a little unfair. My biggest complaint with the found footage genre is the quality of the film and the bad acting but La Entidad scores well on both.

I have to admit that I tend to rate horror movies on slightly different criteria to other films. I’m not really looking for Oscar-winning performances and a story that stays with me for all time but rather, Does It Scare The Pants Off Me? and Does It Have A Plot?

La Entidad scored full marks on the former and did okay on the latter and on aggregate I give it four out of five stars.